After much anticipation, the unc0ver team has officially updated its tenable jailbreak tool Saturday evening with initial support for iOS & iPadOS 14.0-14.3.

The latest unc0ver update brings the tool up to version 6.0.0, and as expected, incorporates a full fledged jailbreak experience with tweak injection via Substitute and package management via Cydia.

Unc0ver lead developer Pwn20wnd broke the news about the renewed jailbreak tool via Twitter, and anyone who’s already familiar with with the unc0ver jailbreak from a previous release will agree that the updated interface is quite familiar: 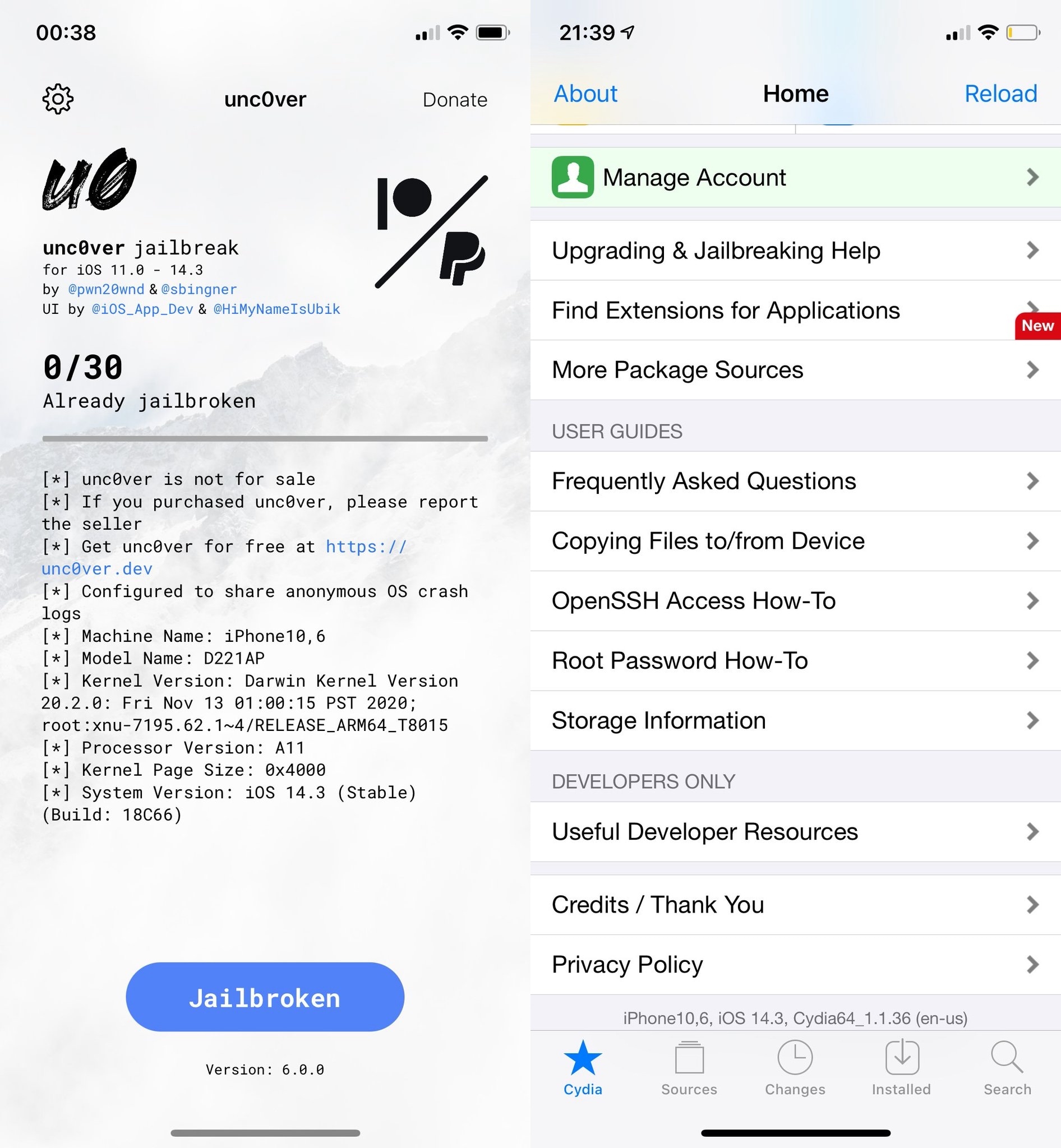 Unc0ver’s newfangled iOS & iPadOS 14.0-14.3 support comes by way of a custom kernel exploit derived from the recently released cicuta_verosa exploit by @ModernPwner. That said, although it doesn’t use the cicuta_verosaexploit directly because of licensing restrictions, team unc0ver’s custom exploit does indeed draw inspiration from the former.

It should be noted that all A7-A11 devices, up to and including the iPhone X, have been pwnable on iOS & iPadOS 14 by way of the bootrom exploit-based checkra1n jailbreak for quite some time. However, with today’s release, unc0ver is now the first public jailbreak tool to pick up support for iOS & iPadOS 14.0-14.3 on all devices, including Apple’s iPhone 12 lineup.

Will you be jailbreaking your iOS or iPadOS 14.0-14.3 device with unc0ver now that the option is available? Let us know in the comments section down below.