Since the release of Apple TV 4, I’ve struggled with some important features that were glaringly absent from the set-top box. This week, however, Apple made it easier to control ATV4 with support for the Remote app for iPhone and Apple Watch. Plus, now that the App Store is noting when an app is available on Apple TV, it is even easier to find new content.

If you are looking for new content, whether for Apple TV, iPhone, iPad, or Apple Watch, we’ve got a list of apps and games we think are worth spotlighting. 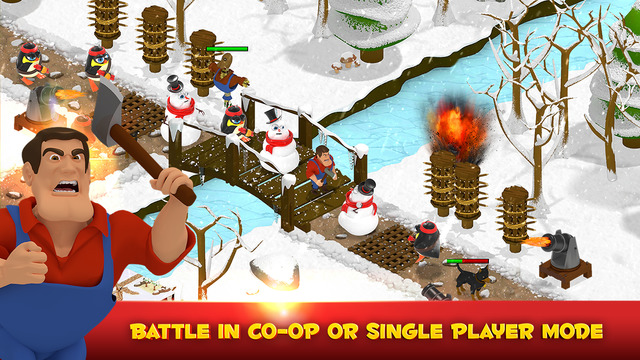 After fighting for decades against an evil guy that keeps steeling their princess, the two most famous brothers in the gaming world would probably be pretty rugged and fit. This game re-imagines the lives of those brothers in a tower defense survival action adventure. Players move through four seasons, trying to protect their land against oncoming waves of attacks sent out by the Evil Corporation. You can use spikes, cannons, bombs, and more to fend of hordes of pesky minions. You can upgrade your traps and turrets as the fight continues and earn money to buy new outfits. This game is available for free. 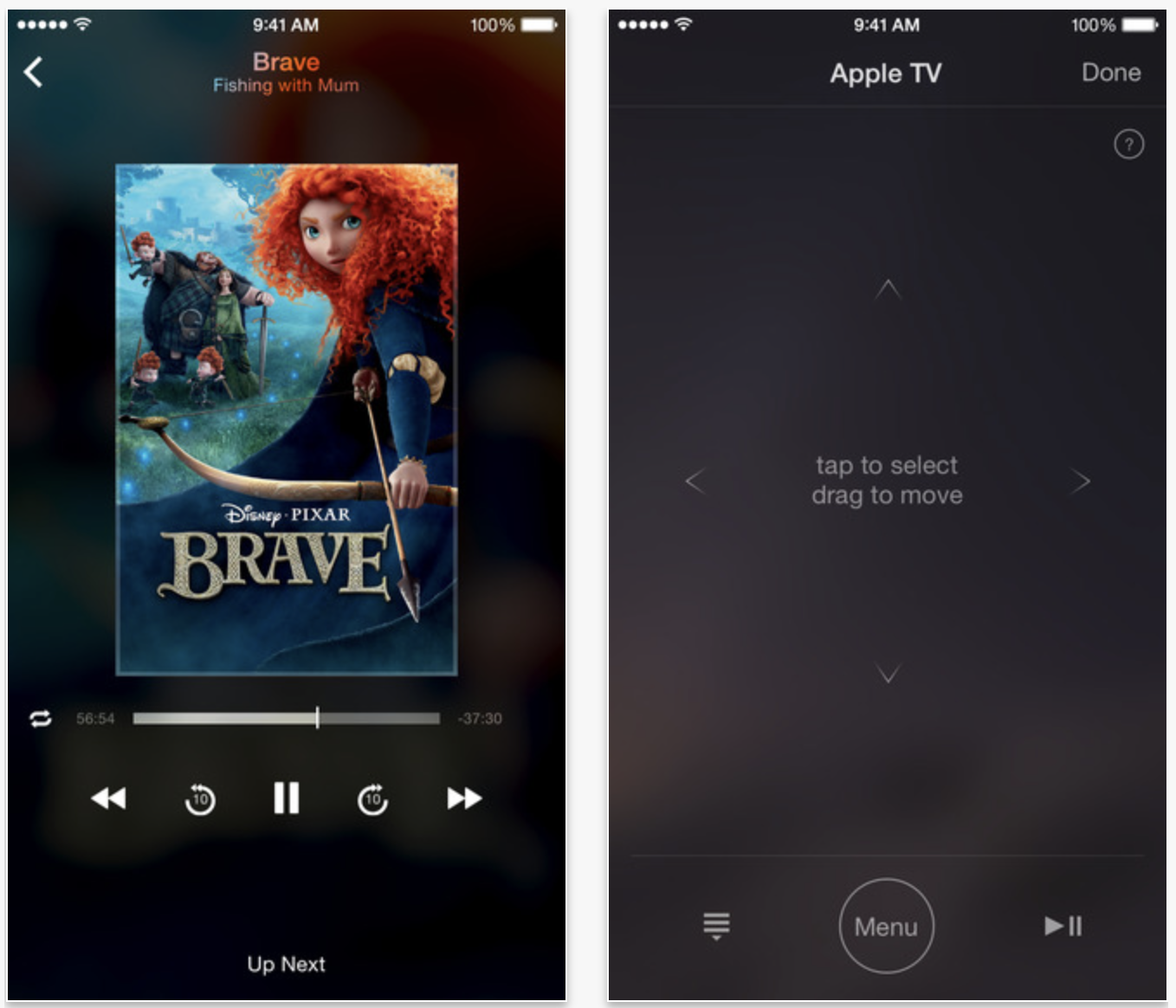 The recent update to Apple TV 4 might be my most favorite update of any device ever. OK, that’s clearly an exaggeration, but it is representative of just how much I missed being able to search for content using the Remote app to access an actual keyboard instead of hunting-and-pecking across a single row of the alphabet. The app now works with Apple Watch, too. So, you can use your wrist worn device on ATV 4. Life couldn’t be any sweeter. This app is available for free. 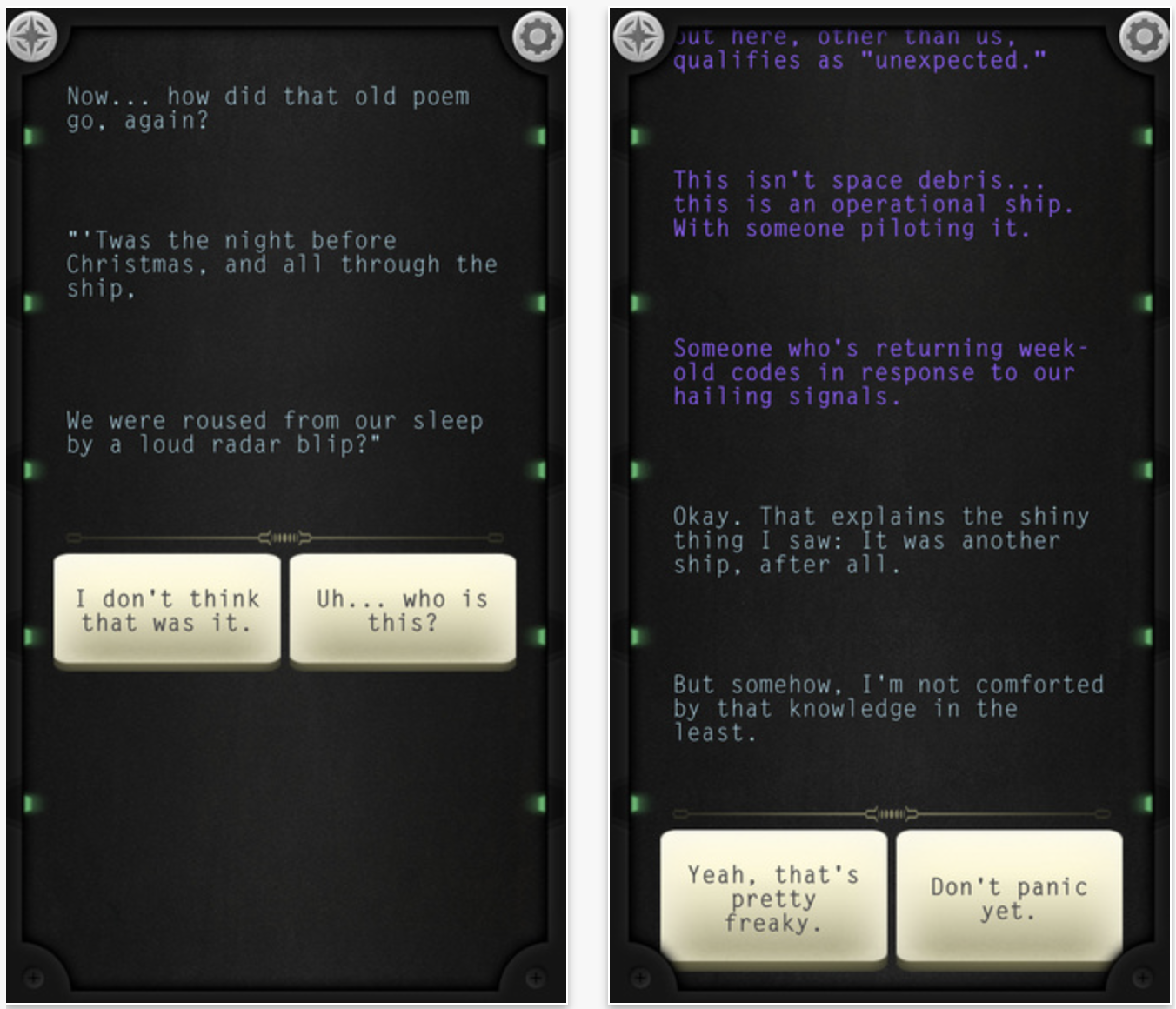 You may recall that Lifeline was one of the first games available for Apple Watch and was hugely popular because of the real-time choose-your-own-adventure style of gameplay. The sequel came out just a few months later and had magical flair to it. This time, Taylor, the original game’s protagonist, is back with a holiday adventure for you. Help Taylor save the White Star before it is too late. If you don’t like the way your story is progressing, you can always go back to a previously saved path and take Taylor down a different one. Just like the previous two games, this one is also playable on Apple Watch, which makes it even more interesting. This game is available for $2.99. 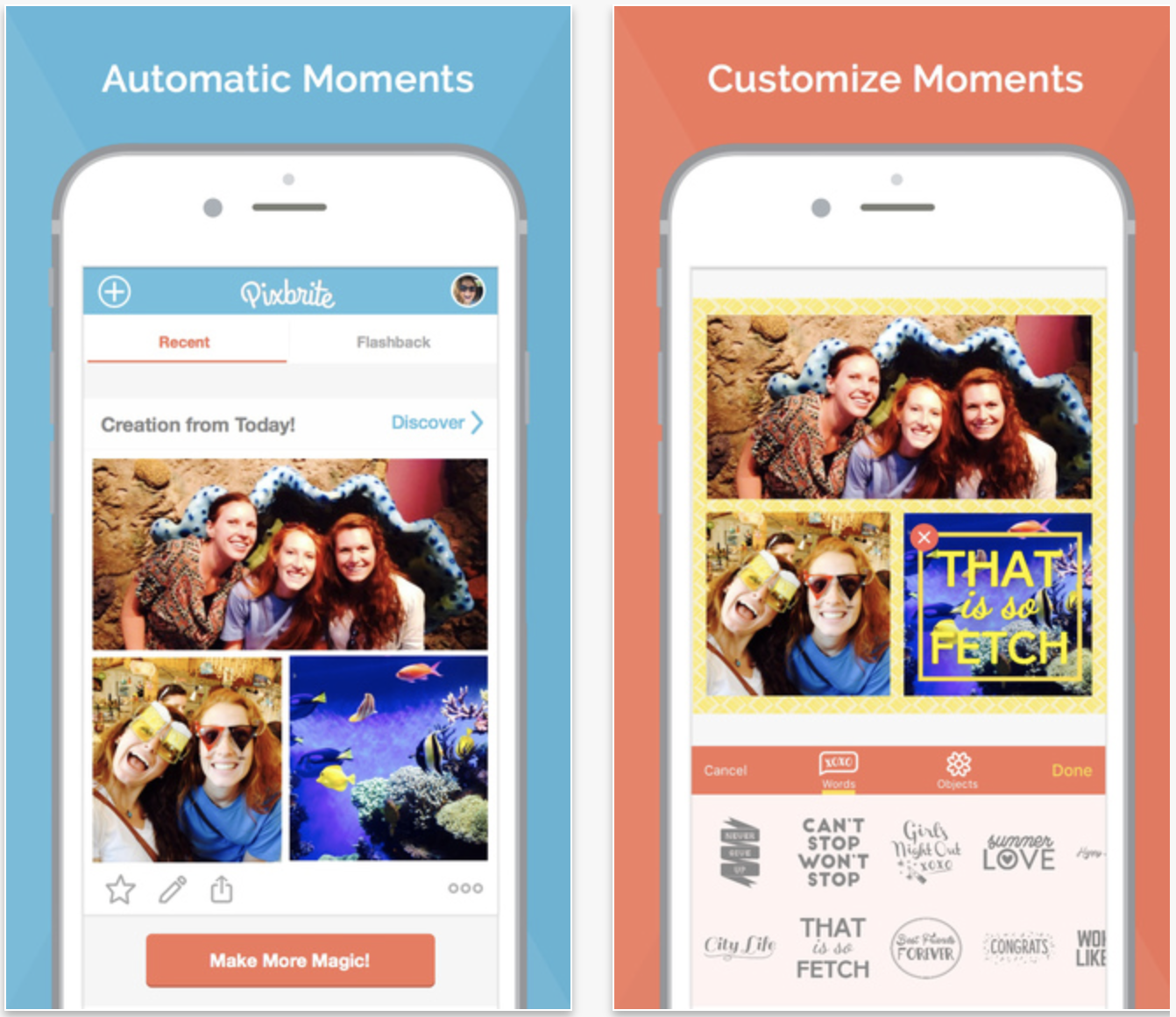 Around this time of year, many of us are attending a variety of holiday festivities, whether it’s an ugly sweater party, a white elephant gift exchange, or a family get together. We are also usually taking a lot of pictures of these merriments. This app gathers all of your photos from a given event into a photo collage that can be shared with others. You can also add your personal style and create a sort of digital scrapbook page with all the fun flair of stickers and quotes. The app can combine photos based on subject and location, too. So, you can make a single collage of every trip to Disneyland you’ve ever made. This app is available for free. 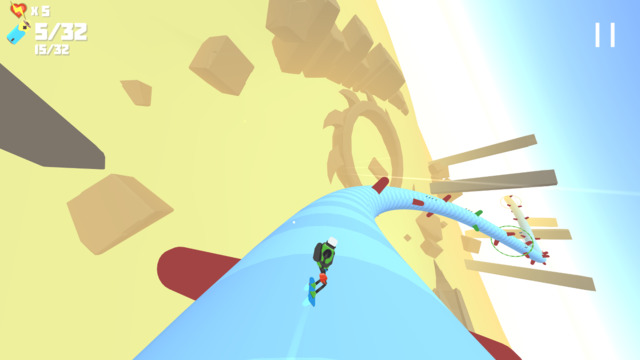 With all this news about hover boards being banned at airports and tech conventions, its nice to see a game that champions the futuristic transportation board instead of condemning it. In this retro future, the hover board is way cooler than any real-life wannabe. Players zoom through fast-paced obstacle courses, collecting stolen power on their floating skateboard. The graphics are poly art style and the soundtrack is straight out of 16-bit heaven. You’ll wish you had a real life hover board (if you don’t already wish) and a geometric desert to ride it in. This game is available for $3.99. 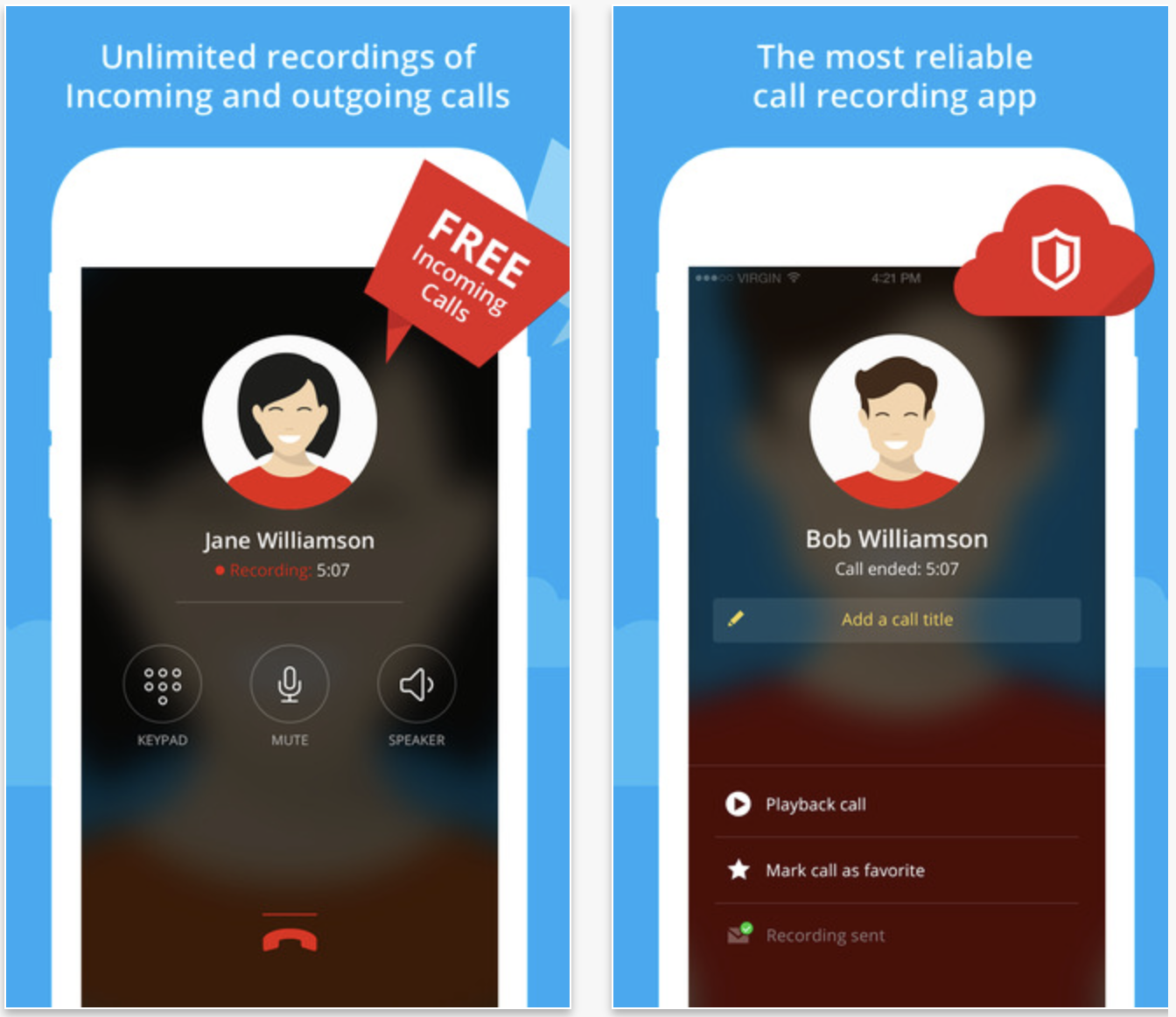 I interview a lot of people for various articles that I write. Sometimes I meet with them in person, sometimes I talk to them over the phone. In person, I use my iPhone to record our conversation, but when I’m talking to them over my handset, I have to find alternative methods to record the interview. This app makes it really easy to record important conversations without even needing to set it up in advance. Simply make a call from within the app and it will automatically start recording. You can then save the calls in the cloud, or download them to your computer. This app is available for free.

A Good Snowman Is Hard To Build 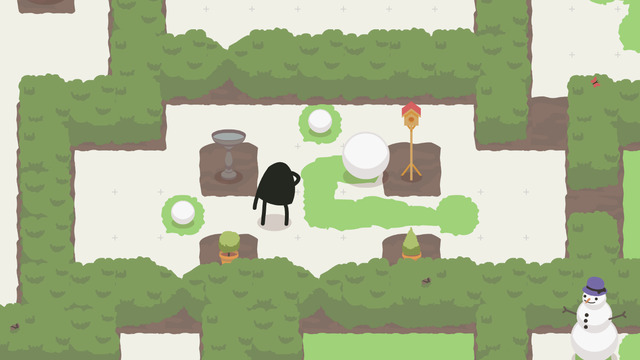 Being a big ol’ softie when it comes to holiday themed games, I had to add this little gem to my list. In this winter wonderland, a gumdrop with limbs is on a mission to build a snowman in every yard. The trouble is that stuff gets in the way, he needs the right amount of snow for each section, and putting them in the right order is harder than you’d think. It’s a real puzzle. You can help this little guy solve his dilemma and build a great snowman in every yard. This game is available for $4.99.