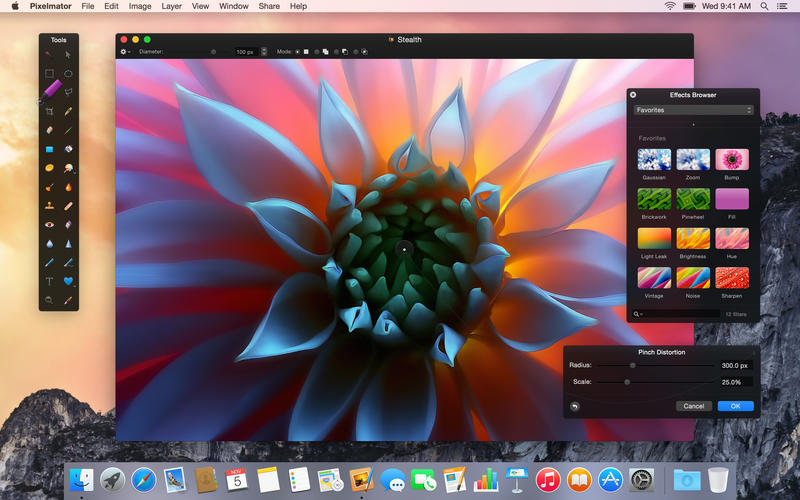 Pixelmator, one of the best Photoshop alternatives on any platform, has received a nice little update in the Mac App Store this morning. Bumped to version 3.4.1, the refreshed app brings half a dozen new features and refinements and packs in nearly two dozen bug fixes and stability improvements, including faster and more responsive performance on 2011 Macs with Intel’s HD 3000 graphics cards.

Now when you paste text into Pixelmator, you can use a new paste-and-match-style feature that also carries over text formatting. Gradients now work “much better” with large image files and you can hold down the Option key when clicking OK in the Image Size dialog to resize the image with the nearest-neighbor scaling.

And if you use Adobe tools, rest assured that Pixelmator now supports the latest features put forth by Photoshop CC’s most recent update.

This update is provided at no cost to existing users of the app.

Pixelmator for Mac requires an Intel-based Mac with a 64-bit processor and OS X 10.9.5 or later. This app is localized in English, French, German, Italian, Japanese and Spanish.

Pixelmator is currently $29.99 in the Mac App Store.