Apple today released tvOS 9.1 for the fourth-generation Apple TV, the second software update for the set-top box since its October 2015 debut, and the question that has been on the Internet’s collective mind since is, does it now support Apple’s own Remote app?

While I haven’t had a chance to install and test tvOS 9.1 yet, web reports claim that tvOS 9.1 indeed includes compatibility with the Remote app, as well as Siri search support for Apple Music, a feature that was present in tvOS betas.

But it gets even better: if you own an Apple Watch, you can use its built-in Remote app to navigate the entirety of the tvOS interface right from your wrist.

“tvOS 9.1 does indeed add Siri support for Apple Music to all users,” writes 9to5Mac, adding that Apple’s Remote app “also works with the new Apple TV for the first time,” without sharing any specifics.

Just to be clear, the Remote app wasn’t updated today though the new Apple TV is supported out of the box. But first, you must pair the Remote app with your Apple TV, which must be on tvOS 9.1.

Launch Remote on your iPhone and then go to Settings → Remotes and Devices → Remote App and choose it. Now enter a four-digit verification code shown in the Remote app on your iPhone, or Apple Watch, and you’re good to go.

According to our own Sebastien Page, the app supports all buttons on the Siri Remote, including swipes. On the Apple Watch, however, Remote lacks quick scrolling and can only move one tile at a time.

The Apple Watch’s stock Remote app is pretty basic in other aspects, too. For instance, you don’t see album artwork on your wrist when controlling music playback on the Apple TV. And though you can play/pause a song, controls to skip a song or go to the previous one are missing. 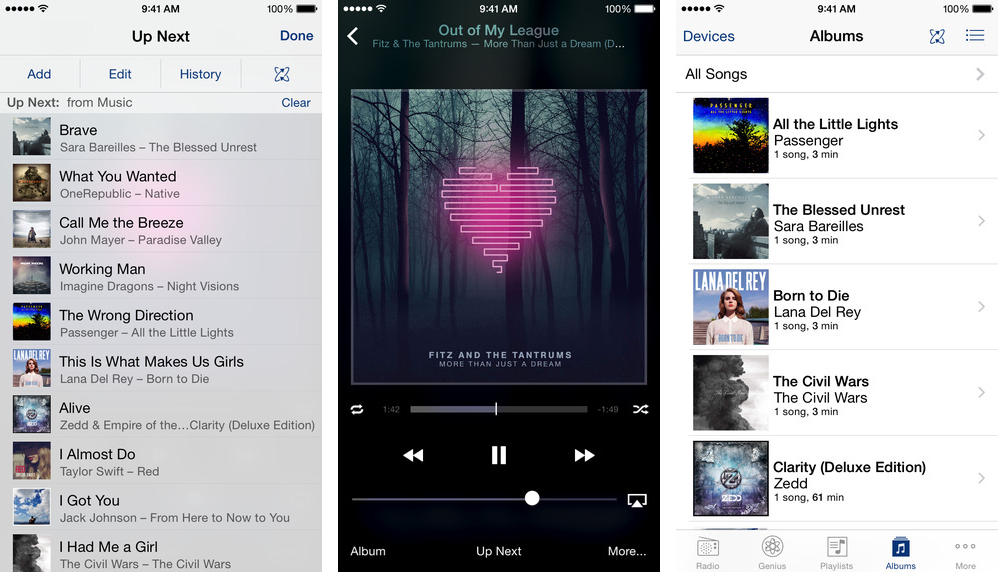 Despite these limitations, Remote is an essential app for your Apple TV given that tvOS continues to lack support for Bluetooth keyboard. No longer do you have to cope with tedious text entry on the Apple TV.

Now, whenever some text needs entering (i.e. Apple ID and network passwords, search queries in YouTube, iTunes and what not), just launch Remote and use your iPhone’s virtual keyboard instead. 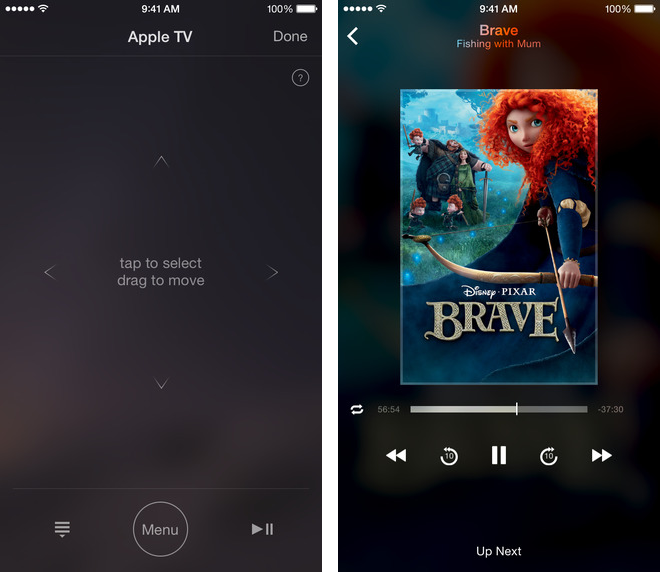 According to 9to5Mac, Remote on the Apple Watch also works with the new Apple TVs as a D-pad. Keep in mind that Remote for iPhone requires tvOS 9.1 to be installed on your Apple TV 4. The stock Remote app on your Apple Watch requires watchOS 2.1.

Are you excited for the ability to finally use your iPhone’s keyboard in place of tvOS’s convoluted text entry? Feel free to chime in with your thoughts in the comment section below.