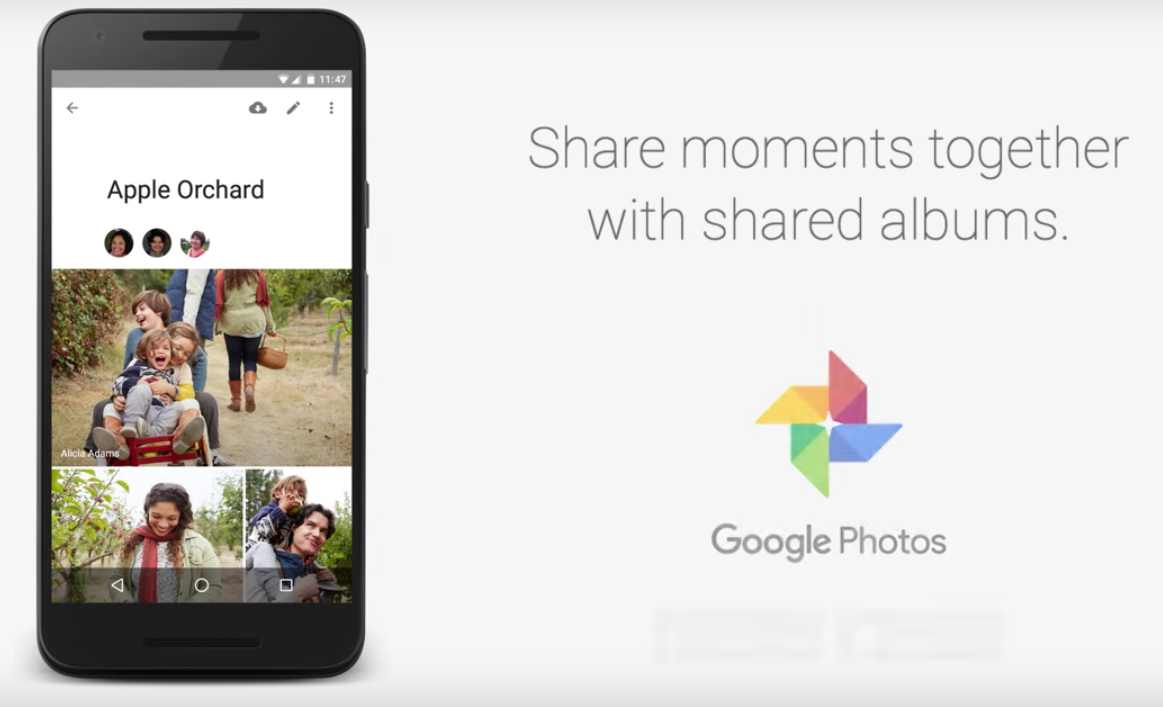 As promised back in September, Google Photos has now begun rolling out shared albums on the web and in its mobile apps for iOS and Android.

Arriving just in time for the holiday season, a shared album allows friends and family to add photos to it. Those who have joined a shared album will receive a notification about any changes and newly uploaded photos.

If it sounds similar to Apple’s own iCloud Photo Sharing, that’s because it is, with one crucial difference: shared albums on Google Photos aren’t designed for a social world—you can’t like, comment on or caption them.

You simply select photos you would like to share with friends and family, and then tap the New shared album option, which creates a link with collaboration on.

When you create a shared album and others add photos to it, you can add them to your own Google Photos library with just a few taps, no matter what device everyone’s on.

Shared albums are available across across iOS, Android and the web. On iOS, shared albums require Google Photos version 1.6, which will roll out later today along with another great feature addition: Chromecast support so you can check out those shared albums on your TV.

Shared albums are available now on the web via photos.google.com.