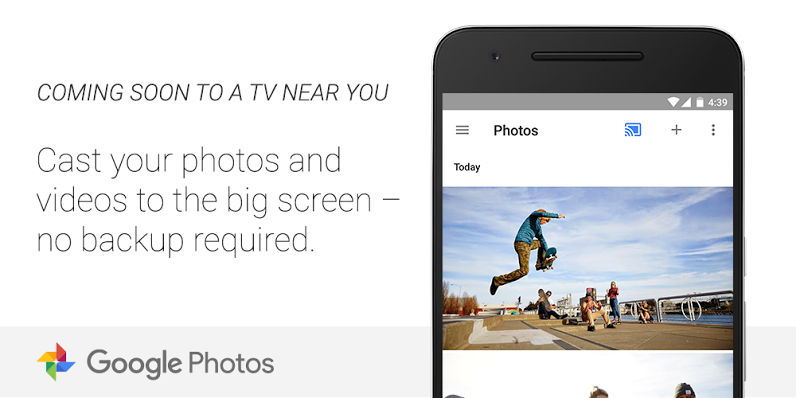 In addition to a pair of new Nexus smartphones and an upcoming $14.99 Google Play Music family tier, the search giant dedicated a few minutes of stage time at its media even this morning to the mobile Photos app, which launched on iOS and Android in May 2015.

An upcoming update to Google Photos, the company said, will add a few missing features to the software, like people labelling, Chromecasting, album collaboration and more.

“We’re adding Chromecast support to give you that old-school slideshow experience—dimmed lights optional,” the company said. This feature, scheduled to go live tomorrow, lets you cast photos and videos to a big screen TV with Chromecast hardware.

You can choose what appears on the telly while you browse your library. In addition, photos you just took can be cast to a TV before they’re backed up to the Google cloud.

In addition to Chromecast support, the forthcoming update will add limited album collaboration abilities to the app. You’ll be able to gather all your photos and videos with friends and family in one spot, and get updates as soon as new photos are added.

Shared albums will be coming to Google Photos later this year.

“Best of all, there’s no setup involved, and you can use any device,” be it Android, iOS, Mac, Windows or Chrome OS, said the Mountain View giant.

Last but not least, Google Photos has gained private labels for marking the people in photos by what you call them, name or nickname.

Available to users in the United States for the time being, people labelling helps you find specific images of people with things, places or other people, and is in addition to the app’s auto-tagging features. 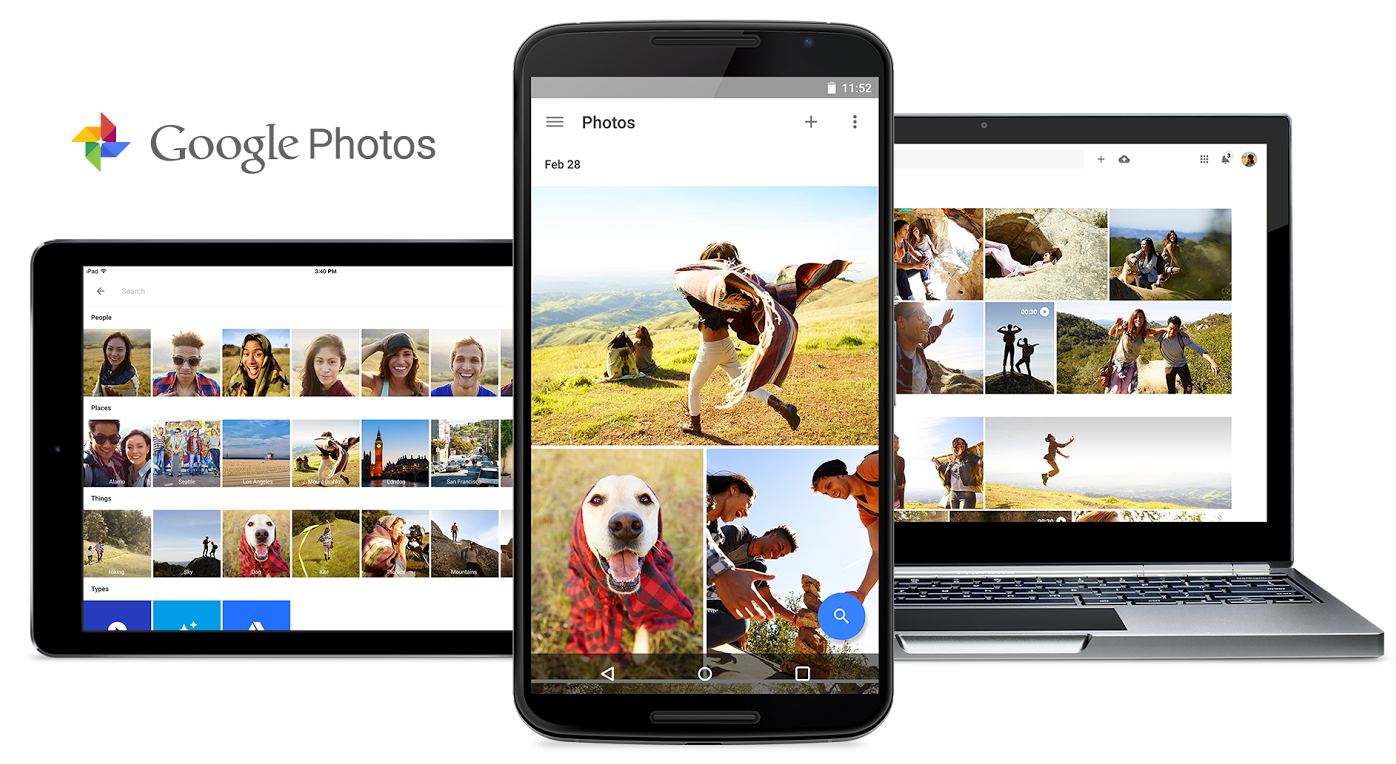 User-created labels are private and are not associated with a Google account or profile. Once you label someone in photos, you can run advanced search queries to find photos of people with things, places or people, such as “Mom at the beach” or “Juliana and Marco in Hawaii.”

People labelling will be rolling out to the mobile Google Photos app on iOS and Android soon, before hitting the web interface at a later stage.

The full replay stream of Google’s September 29 media event is on YouTube.

I like Google Photos a lot and have been using it pretty much regularly since launch, but I still prefer Apple’s tightly integrated Photos workflow with iCloud Photo Library, especially given Apple’s generous iCloud storage bump recently.