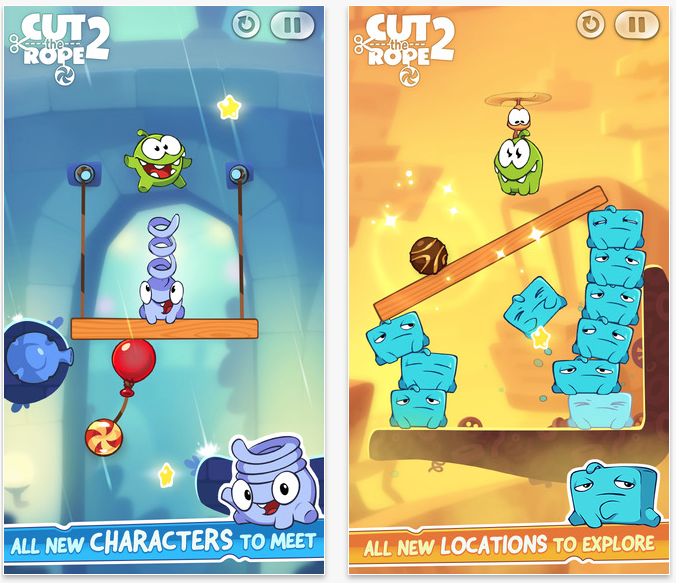 Apple on Thursday named ZeptoLab’s Cut the Rope 2 its App of the Week. This means that from now through next Thursday, you’ll be able to pick up the popular physics-based puzzler for free for both iPhone and iPad—a small but notable savings of a buck.

For those who aren’t familiar with Cut the Rope, it’s a cross-platform gaming franchise that revolves around feeding candy to a little green creature named Om Nom. Version 2 features new locations to explore, new characters, and fresh gameplay elements.

ZeptoLab’s highly anticipated sequel is an absolute blast, filled with endless charm and brilliantly designed physics-based puzzles. Use all-new allies and abilities to feed the adorable Om Nom candy while navigating each stage’s unique layout and collecting stars along the way. With new mechanics smartly layered onto the series’ already famous gameplay, Cut the Rope 2 is continually challenging and engaging.

If you’re interested, you can find Cut the Rope 2 in the App Store for free.