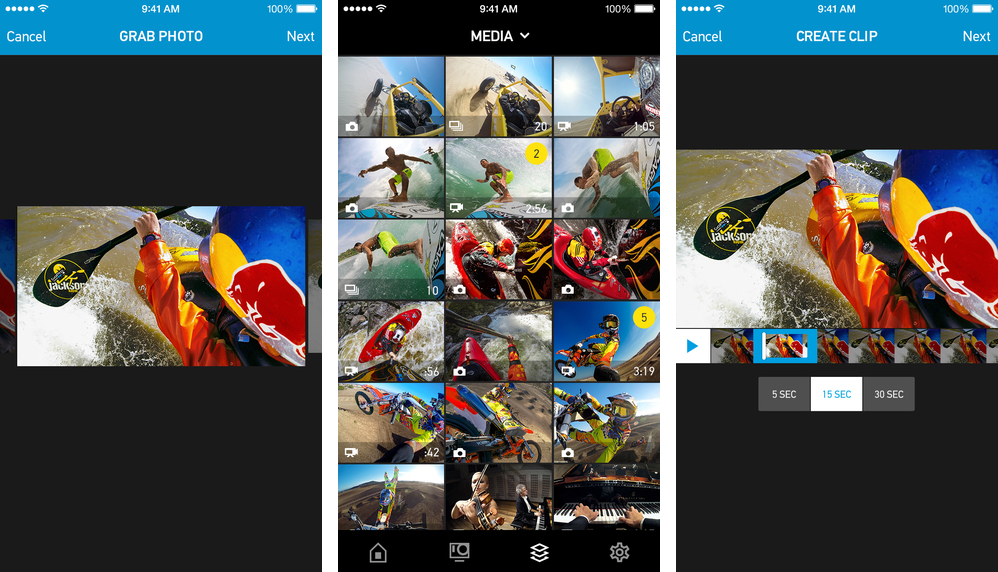 I hope for your own sake that you’re not one of those irresponsible guys who can be seen interacting with GoPro’s mobile app on their smartphone while skating, parachuting or cycling. If you are, however, you might want to download GoPro’s latest iPhone app which now includes a native Apple Watch app that lets you start and stop recording with a simple tap on your wrist.

Less time spent starring at the smartphone screen gives you more time to avoid those obstacles. What do you mean, you don’t skate?

As mentioned, the Apple Watch app makes it easy to start and stop recording with a single tap on your wrist. But it goes deeper than that. In addition to recording control, the app gives you a preview frame of your shot, lets you HiLight tags to exciting moments in a video and includes a complication to quickly launch GoPro right from the watch face.

In addition to the Apple Watch app, this edition of GoPro for iOS includes a pair of new editing features allowing you to trim and share your clips with ease.

The app also includes new features to filter media to display only photos, videos, tags or clips, as well as pull stills from your videos. And with the Apple Watch app and its remote control of your GoPro camera, it’s now easier than even to edit and share GoPro clips on the go.

The app supports any GoPro camera with built-in Wi-Fi networking and requires an iPhone, iPod touch or iPad with iOS 7.0 or later. The app is localized in English, German and Simplified Chinese.

Grab GoPro free of charge in the App Store.