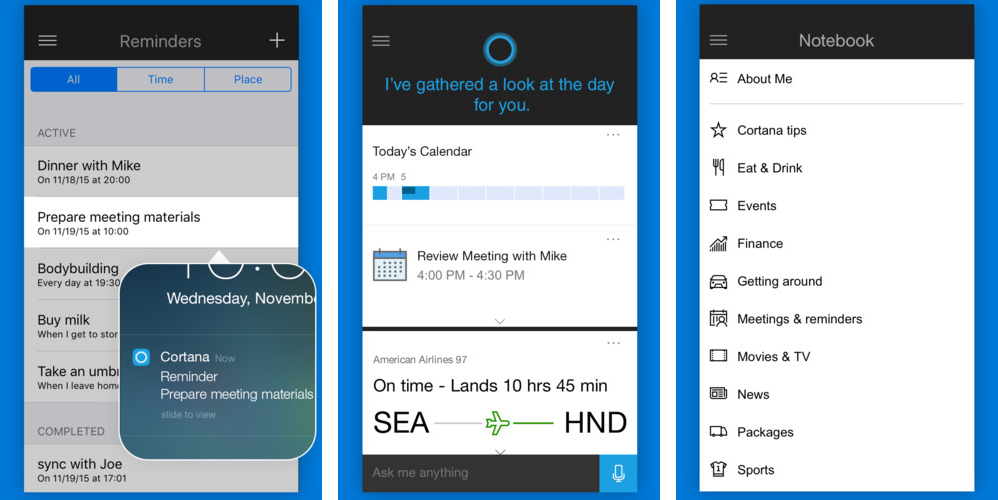 After rolling out a beta of Cortana for iOS to a limited number of beta testers in late-November, Microsoft today released the software to everyone via the App Store.

A free download, Cortana for iOS helps you get things done “by letting your PC and iPhone work together,” as per the official description. The app takes advantage of your schedule, interests, contacts and reminders to deliver personalized results.

What are you waiting for? Go ahead and give Cortana a try right now!

“Set a reminder to pick up milk on the way home while you’re on your PC at work, and Cortana will give you the heads up on your iPhone when you’re on the road,” writes Microsoft. 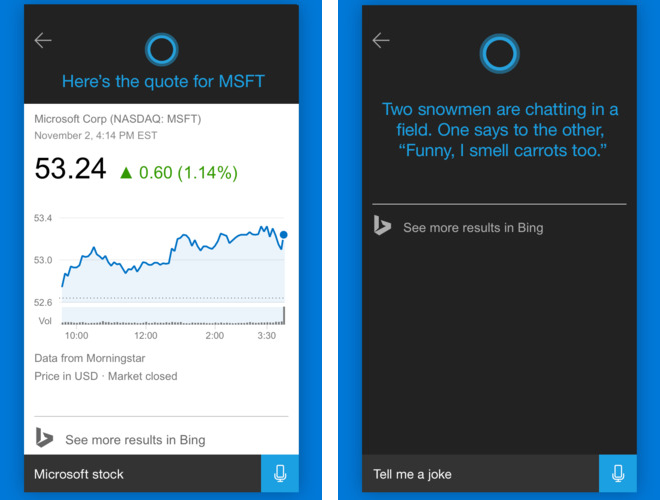 “Ask Cortana to make an appointment, send an email, open an app, or help you find what you’re looking for. And it’s not only about productivity, Cortana’s always up for a little chit chat. Ask Cortana whatever comes to mind, her answers might surprise you.”

Some features in Cortana’s Windows 10 counterpart have not been replicated on iOS due to Apple’s restrictions guiding third-party app development on iOS. For instance, Cortana can’t toggle setting or open apps for you.

Likewise, the always-listening ‘Hey Cortana’ feature isn’t available in the iOS edition, at least not initially.

You’ll enjoy the following features in the Cortana app:

What are your thoughts on Cortana? Do you think a standalone assistant app makes sense given Siri’s tight integration on iOS?

Cortana requires an iPhone, iPod touch or iPad with iOS 8.0 or later and is localized in English, Japanese and Simplified Chinese.

Download Cortana at no charge in the App Store.