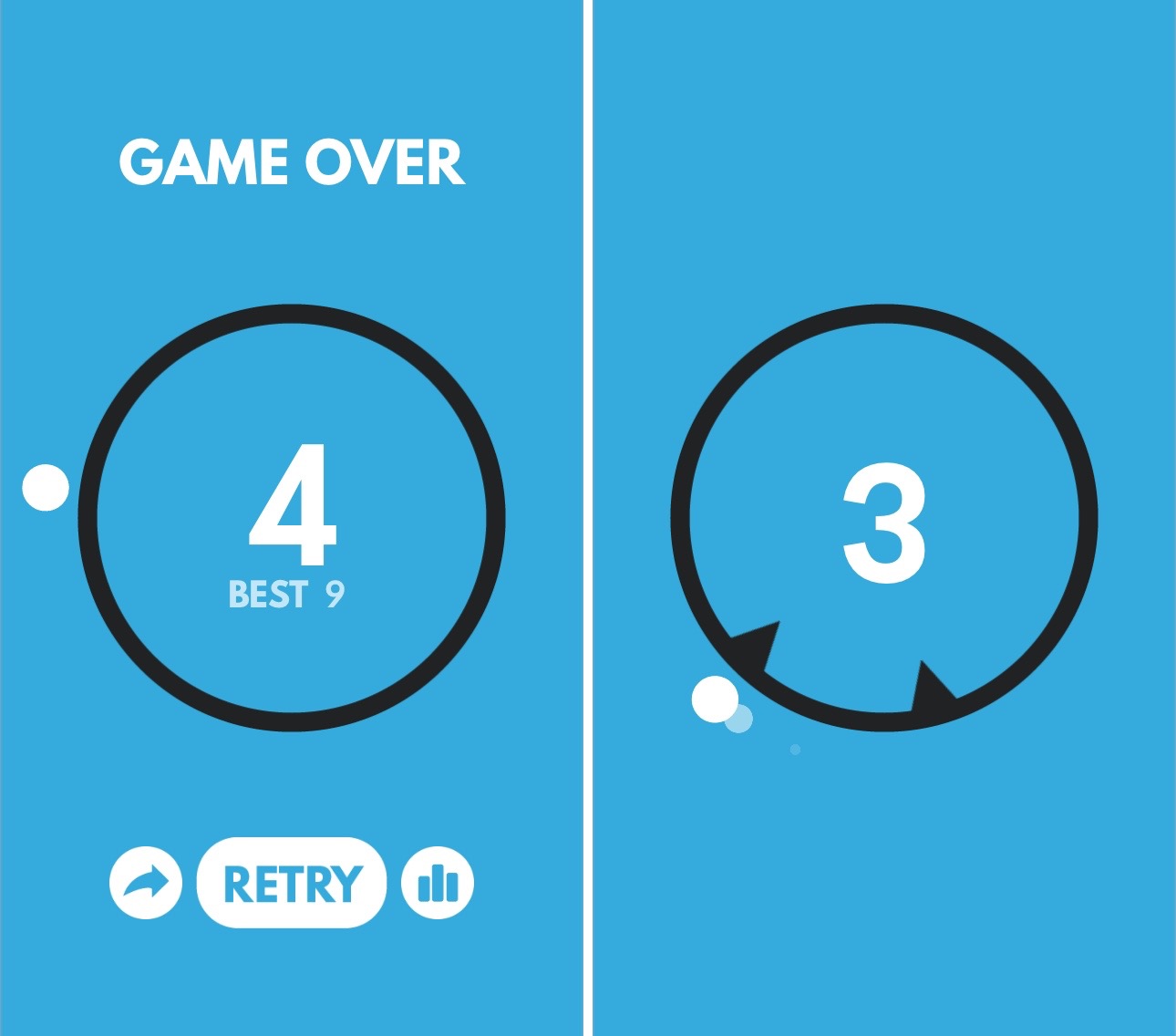 A young man recently contacted us, explaining that he is just 17 years old and created a game for iOS. I decided to check it out, expecting it to be a fairly mundane game that is a good start, but nothing special.

After 20 minutes of playing Circle Spike, my high score is nine and my blood pressure is boiling. That’s the kind of game this is. While my pathetic score of nine is laughable, I should point out that the 25th highest scorer only has 11 points, so I’m not doing that bad. 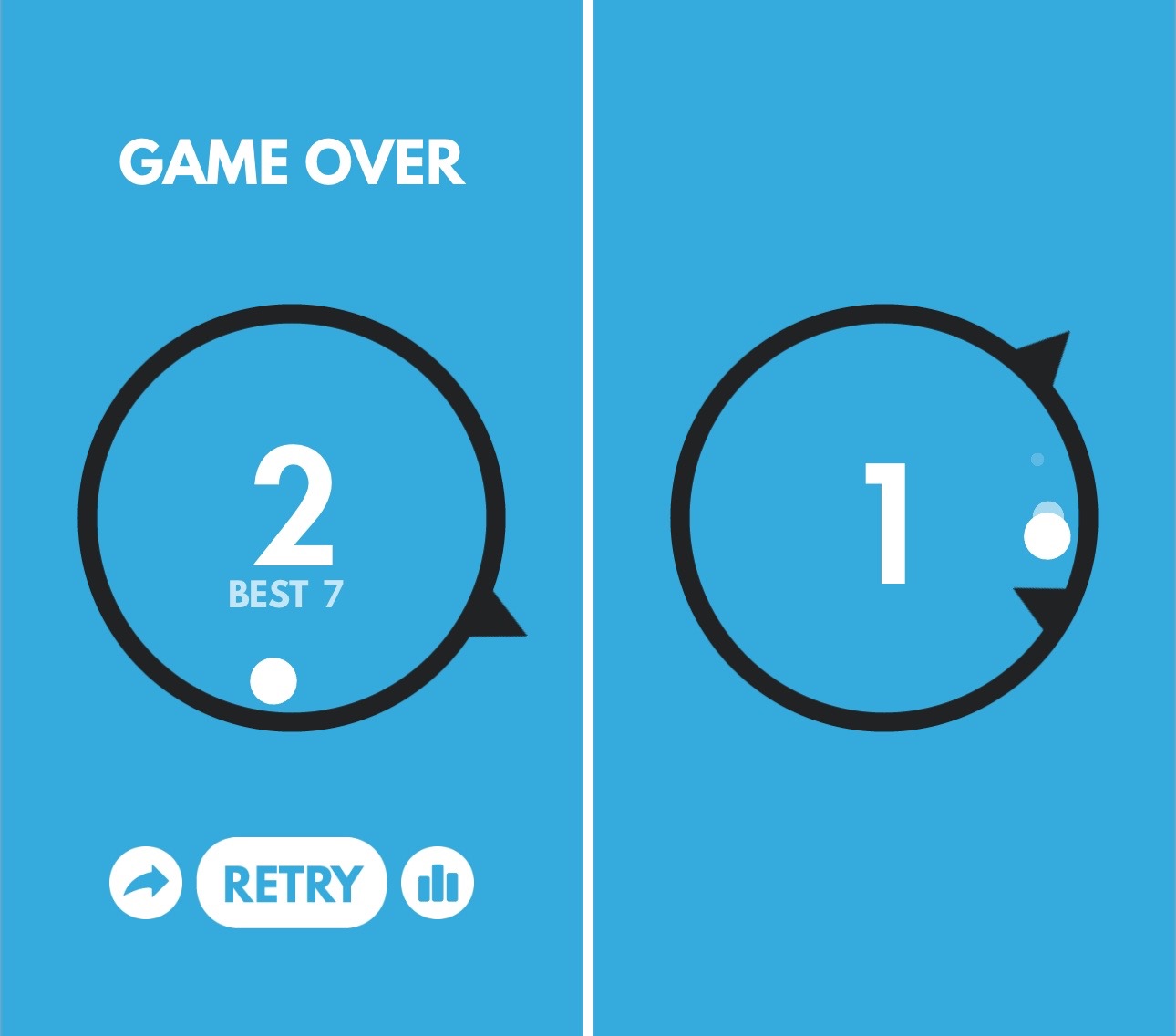 The rules of this minimalist game are very simple. As the ball rolls around the circle, spikes pop out. Your job is to avoid crashing into the spikes by switching the ball to the inside or outside of the circle. All you have to do is tap.

This is where the trouble comes in. There is very little room around the circle for delayed reaction. As soon as that spike pops out, you’ve got to be ready to tap. My reaction time is about as good as a drunk sloth, at least that’s how it feels when I’m playing this game.

It’s the kind of game that is designed to make you want to play just one more time to see if you can get one more point. As soon as you crash, you can tap the replay button to try again (and again, and again). Setting up the new game takes just a split second and you’re ready to beat your previous score. 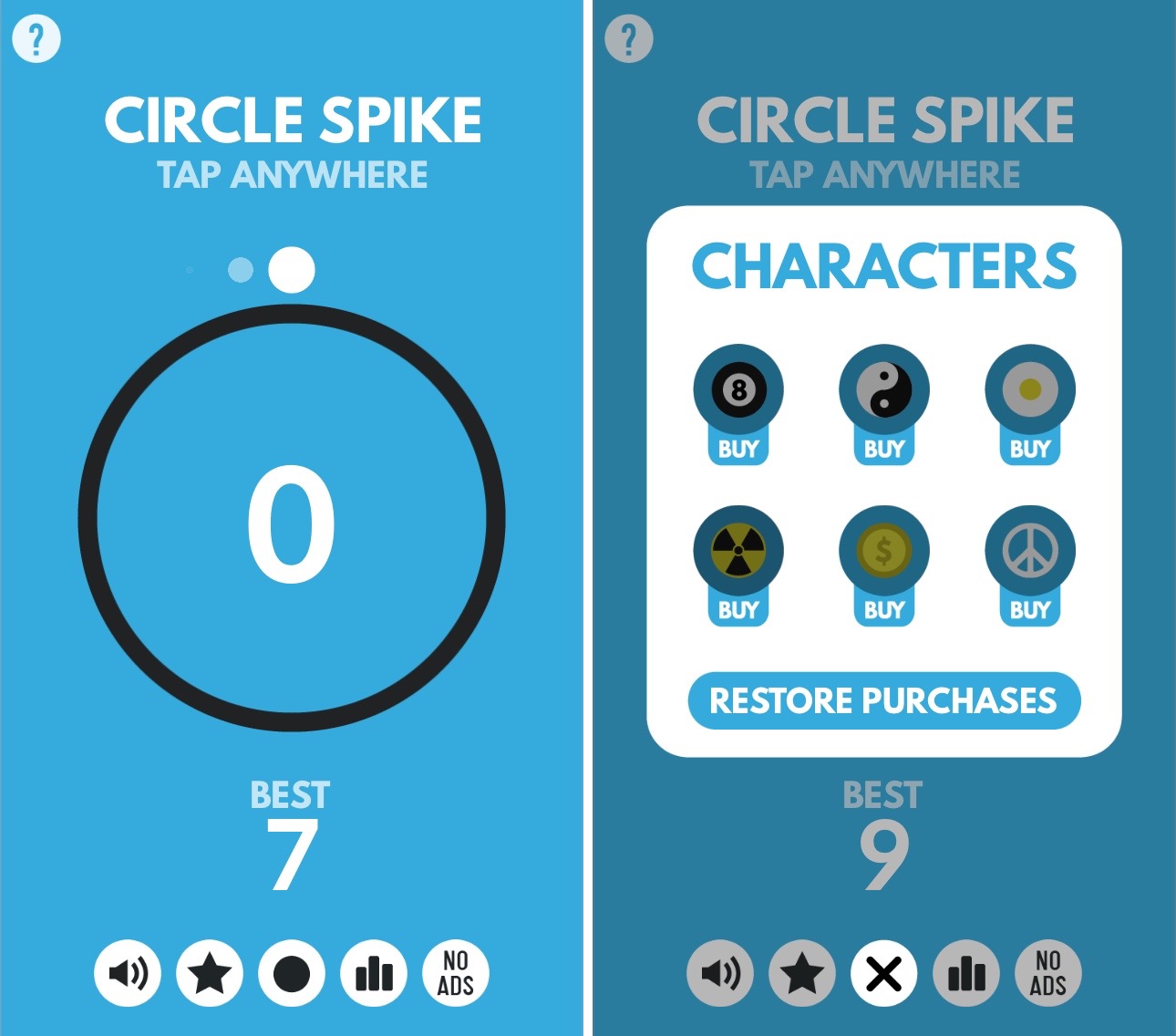 Every four or so turns, you’ll get a full-screen pop up advertisement that you can quickly close out. But, you can remove the ads for $0.99. You can also purchase different styles of balls. There are eight different “characters,” including a peace symbol, a fried egg, and a radiation symbol. Each character costs $0.99.

If you are in the mood for a game that will make you want to throw your iPhone across the room, but you can’t put down, no matter how hard you try, give Circle Spike a try. It’s available for free in the App Store.