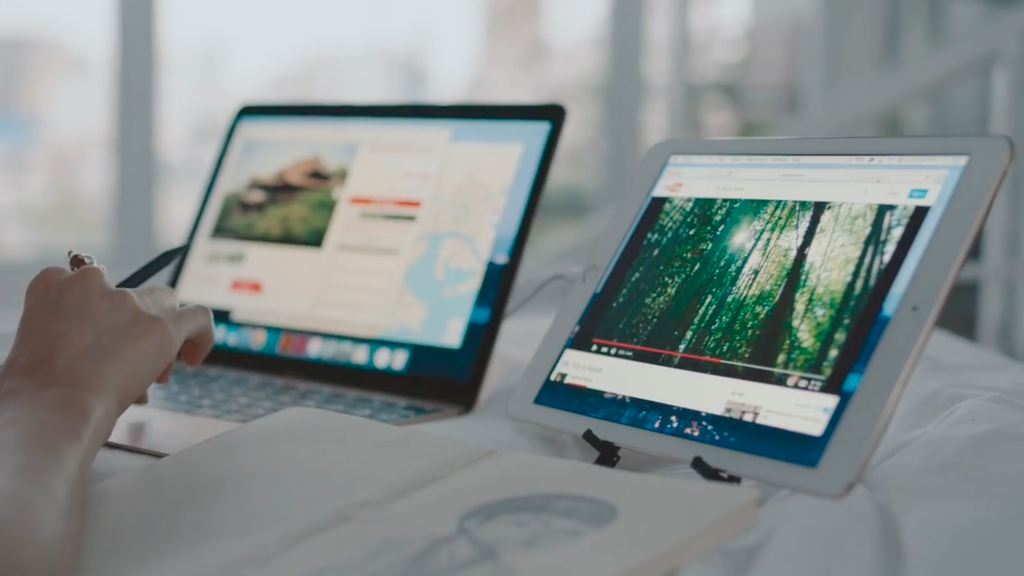 Duet Display, a terrific app which turns an iOS device into an external display for the Mac, has been updated in the App Store with official support for the iPad Pro and major performance improvements on both iOS and OS X.

The best thing about the updated app is its ability to allocate one-third of the iPad Pro, iPad Air 2 or iPad mini 4′ display for iOS apps, with the remaining two-thirds of the screen real estate dedicated to Mac apps.

Dual-screening using an iPad Pro and Duet Display comes with zero lag, developers claim. Crafted by ex-Apple engineers who worked on the iPad and iMac, Duet Display through its desktop helper app appears as an external display hooked up to your Mac or Windows PC via the USB port.

While Duet Display now supports a portable dual-display setup for your Mac or PC with two-thirds of the display allocated for Mac apps, there won’t be a full 2,732-by-2,048 pixel resolution option on the Mac until Lightning-to-USB 3 cables launch to support the ultra-high resolution of the iPad Pro.

In addition to Duet Display 1.2 for iOS, the Mac helper app is now significantly more responsive than before with half the CPU resource usage of the previous version.

The iOS app has also been optimized to work on older devices, consume less energy and work with iOS 9’s Split Screen multitasking overlay. To learn more about Duet Display, check out my hands-on article.

Duet Display works with the Apple Pencil, too, but the implementation leaves a lot to be desired. While you can use your Pencil to select things in Mac apps on your iPad’s display, features like pressure sensing are unsupported.

Duet Display is $9.99 in the App Store, a 40 percent savings on its regular price.