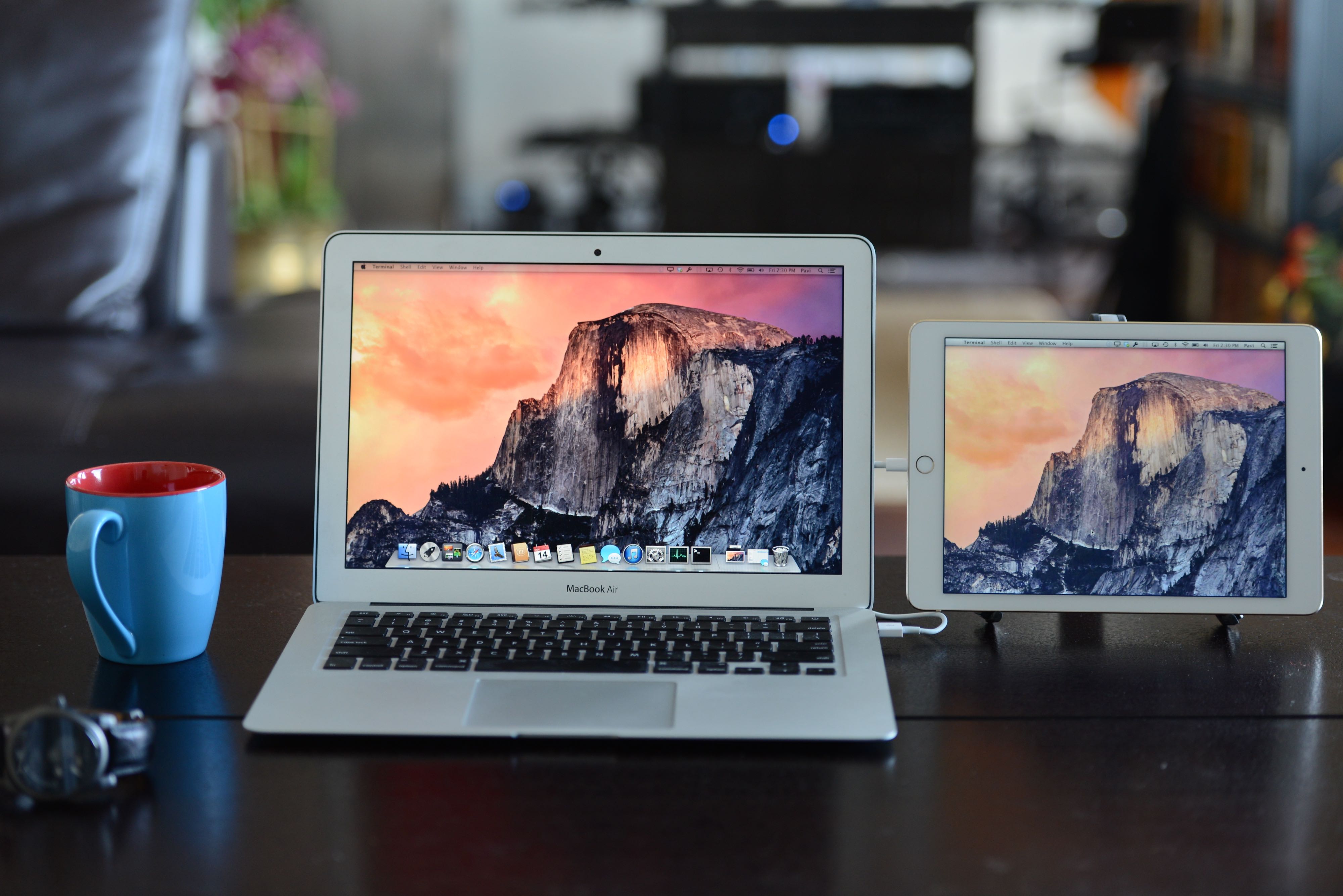 Although Duet Display is not the first app to allow your iOS device to act as an extra display for your Mac (Shape’s $10 iDisplay comes to mind), it’s the first app to have done screen extending right.

Built by ex-Apple engineers who worked at the company for three years on the iPad and iMac, the software delivers a Retina display at a smooth sixty frames per second with no lag whatsoever.

Featuring touch control, Duet Display makes interactions with your Mac fun and smooth while taking advantage of the fact that an additional display increases productivity by giving you up to 48 percent more pixels to work with.

Unlike Shape’s iDisplay which supports wireless display sharing, Duet Display gets rid of the annoying lag by requiring that an iOS device be connected to a Mac via the Lightning or the 30-pin cable.

It’s almost as if the app turned your iPad into an Apple Cinema Display of sorts via the iPad’s 2,048-by-1,536 pixel resolution screen, either in portrait or landscape.

Your Mac sees an iPad or iPhone running Duet Display as a secondary display so you can pretty much do anything you normally would with an external display hooked up to the Mac in the extended desktop layout.

For example, you can drag Finder windows to an iPad, enable the Dock and menu bar on the secondary display, edit images in Photoshop on the Mac while keeping Photoshop controls at your fingertips on an iOS device, rearrange the displays in System Preferences, drag any Mac app to and from the secondary iOS display in Mission Control and more.

And using the iPad’s multi-touch screen, you can tap on Mac apps’ controls, scroll through the windows dragged to the second display and more. YouTube videos in Safari and Chrome for Mac as well as Mac games executed in full-screen on the iPad’s display worked without a hiccup in my brief hands-on time with the app.

Before you can start using Duet Display, you must first install a Mac client which talks to the iOS app and streams your desktop. The desktop app will ask your permission to create a second display driver and then restart your computer.

“Duet is certified by Apple to create graphics drivers and this will not affect your original display or system settings,” assures a prompt. 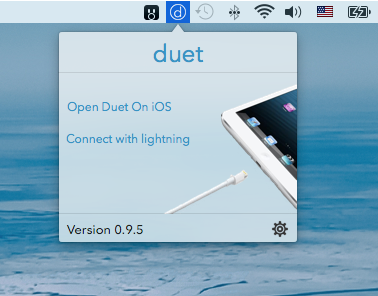 The free desktop client for OS X is available for download at this link. It sits in the Mac’s menu bar and provides the choice between regular and Retina screens and a 30Hz and 60Hz refresh rate.

You’ll need a newer Mac model to power the display to Retina resolution. Duet Display is the first iPad screen mirroring app that doesn’t suck and I’d wholeheartedly recommend giving it a try.

If you get stuck on the Launching Duet screen, just turn your device upside down or close the app and relaunch. Duet Display has some issues on Yosemite Macs causing the black square background around the volume graphics while the OS X client is running.

That’s a known bug in Yosemite and they’re already on it, as well as on some issues with iOS devices running iOS 5.1.1. And yes, they’re considering making a Windows version of the client in the future.

Duet Display requires a Mac running OS X 10.9+ and supports any iPhone and iPad model with iOS 5.1.1 or later. Download Duet Display for an introductory price of $10, but only during the launch day as the price will increase to $14.99 a pop after 24 hours.