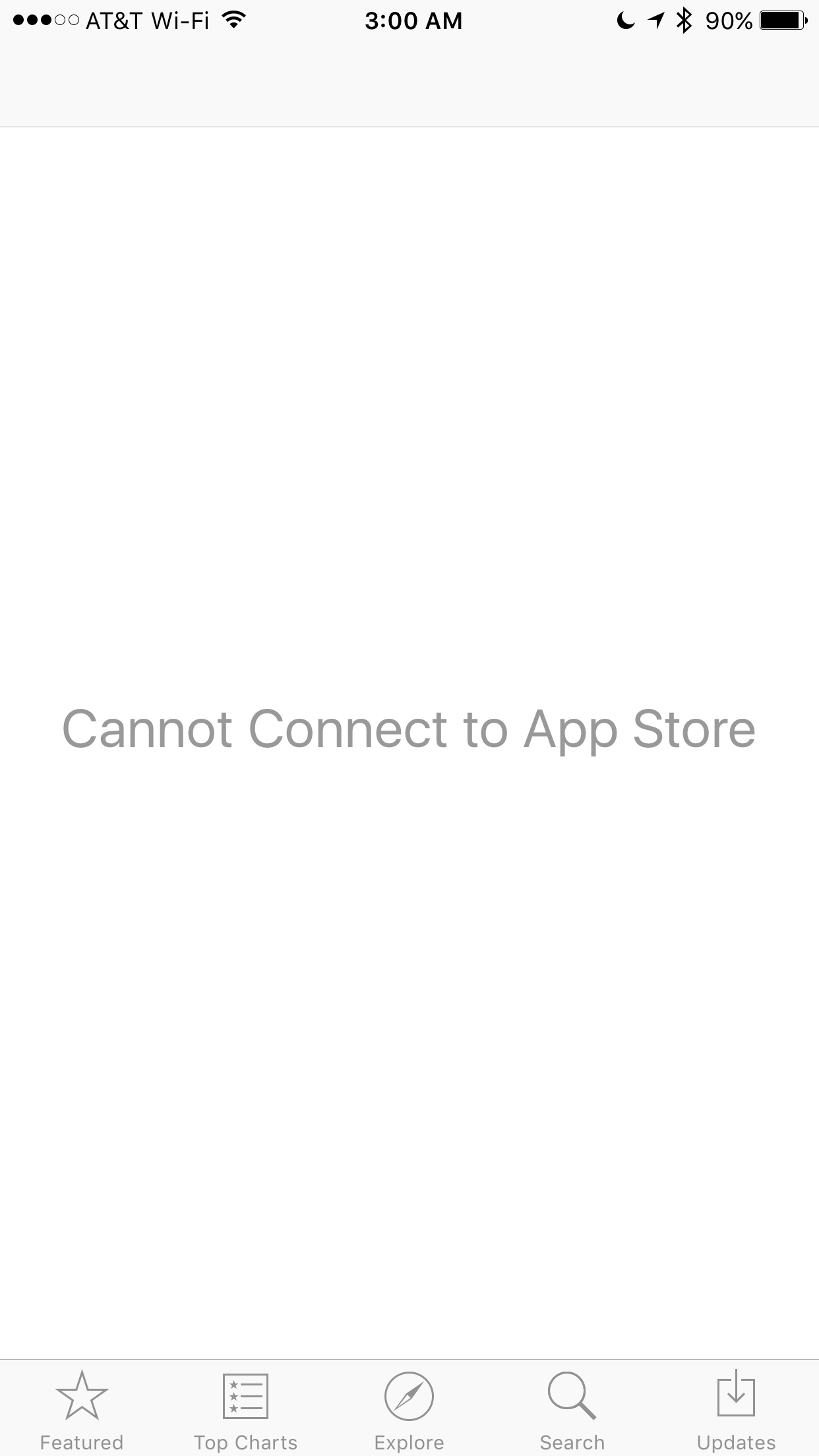 I get those moments every so often where my iPhone or iPad likes to drag its feet when I launch the App Store app. When this happens, the screen just stays completely blank, and nothing seems to load despite being connected to a high-speed internet connection.

If you’ve ever been in a similar scenario where the App Store won’t load for you, or individual items in the App Store aren’t loading for you, there are a myriad of things that could be wrong.

In this piece, we’ll discuss what could be wrong and possible troubleshooting solutions you can take to get your App Store to load properly.

It seems like the moment you want to go and use the App Store is when errors seem to arise. Granted it doesn’t happen all the time, it happens more to me than I’d like to admit, and undoubtedly there are others in the same shoes.

We recently talked about what to do if apps were downloading slower than you wanted them to from the App Store, but perhaps you can’t even get the App Store to load in the first place.

Why? The App Store simply has a lot of demand to put up with, and sometimes the plumbing gets a little backed up and can’t move any faster than it is when the problems occur.

If you’re having issues loading pages in the App Store, we’ve got some tips you can follow that could help inform you on what’s going on, or fix the problem altogether.

If the App Store is not loading for you, no matter how many times you try to load the app, here are some suggestions you can follow to see what’s going on:

You can check to see if Apple’s servers are having downtime by going to the System Status webpage. If the App Store shows anything but a green square icon next to it, then there could be some scheduled server maintenance or a problem with Apple’s App Store servers that could be causing outages for you, or for a wide variety of people.

Are you connected to the internet?

Check to make sure you have an internet connection. If you don’t have either a Wi-Fi or cellular data connection, then the App Store will be unable to load.

You know where the navigation bar is; it’s the bar at the bottom of the screen with the Featured, Top Charts, Explore, Search, and Updates tabs. Try tapping on it 10 times in a row and this will force the App Store to reload.

If you suspect your device just isn’t loading the App Store due to memory problems or software glitches, you can always open the App Switcher and force-quit the app. Then, it’s just a matter of re-launching the app from the Home screen and hoping for the best.

It could be that quitting the app alone was not enough and that a service running in the background on your iOS device has bugged out, such as the networking services that handle your internet connection. Try a reboot to reinitialize these services and see if it corrects the issue.

It could be that the Wi-Fi network you’re on has restricted the network to prevent App Store access. This is common in schools and institutions where bandwidth and productivity are two of the main focuses on internet access. Try connecting to another Wi-Fi network or a Personal Hotspot.

No Wi-Fi networks around? Try cellular instead. Cellular networks are hardly ever going to prevent you from searching the App Store. On the other hand, large app downloads are limited by iOS to save data.

Did you reach your data cap?

Some carriers limit the amount of data that you’re allowed to use every month. Although larger carriers will actually give you as much data as you want as long as you keep paying, some will actually stop your data entirely after you reach their caps or will slow your data to an unusable crawl after you reach a certain amount of data. Try contacting them about it, and check your data usage.

If you have a certain type of DNS setting on your iOS device, it’s possible that the App Store is simply getting blocked. We have a great guide on how to change your iPhone or iPad DNS settings.

Change the DNS settings on your wireless router

If you have an active VPN running on your iOS device, such as Onavo, an ad-blocker VPN, these services may be hindering or slowing down your connection to the App Store. Try disabling it and trying again to see if the problem goes away.

If none of the above solutions are helping you, you may have to contact Apple in regards to what’s going on. They’re most likely going to take you through many of the above steps, so you may want to clarify what you’ve already done. The worst case scenario is they’ll ask you to restore your device, which shouldn’t be an issue if you’ve backed up your data.

What solution worked for you? Share in the comments!