In this tutorial, we’ll show you all the ways you can shut down your iPhone, iPad, or iPod touch and power it back on. The steps apply to all models! 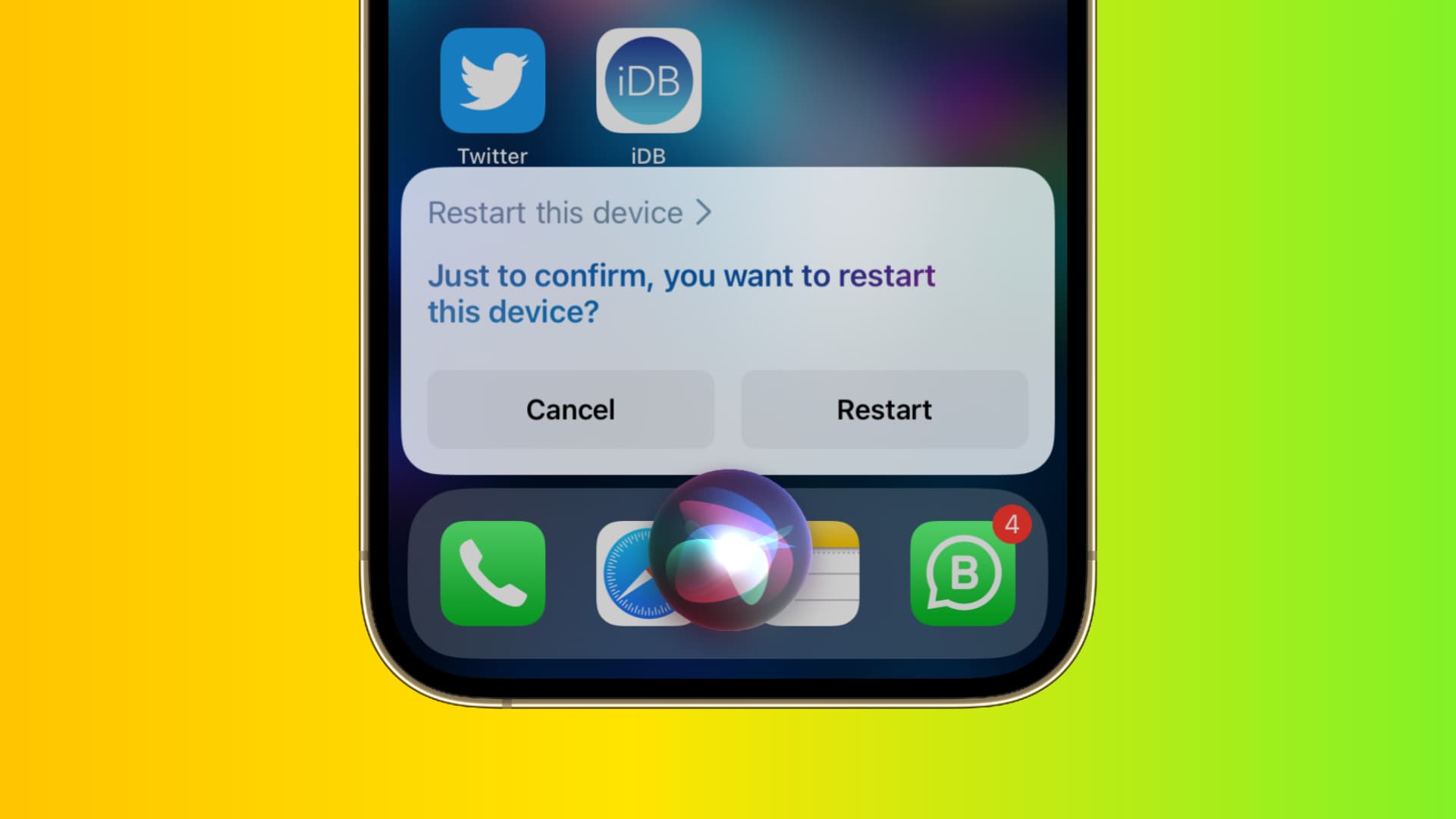 Why turn your iPhone or iPad off and on

In 2018, the gyroscope of the Hubble Space Telescope stopped working. NASA fixed this problem by turning off the gyroscope and turning it back on!

You might also have heard or seen memes for the long-standing IT joke, “Have you tried turning it off and on again.”

The fact is, turning an electronic device off and on can fix several issues. A restart helps refresh the system, clear unnecessary caches and outdated files, helps the operating system rebuild broken processes, and overall improves your device’s performance.

It would be best if you restarted your iPhone and iPad periodically. I personally do it every two to three days.

Note: In this post, we’re talking about turning off your iPhone and turning it back on, which equates to a simple restart. It’s different from a force restart, which can be effective if a simple restart fails to fix the issue.

3 ways to turn off your iPhone or iPad

1. Use the physical buttons 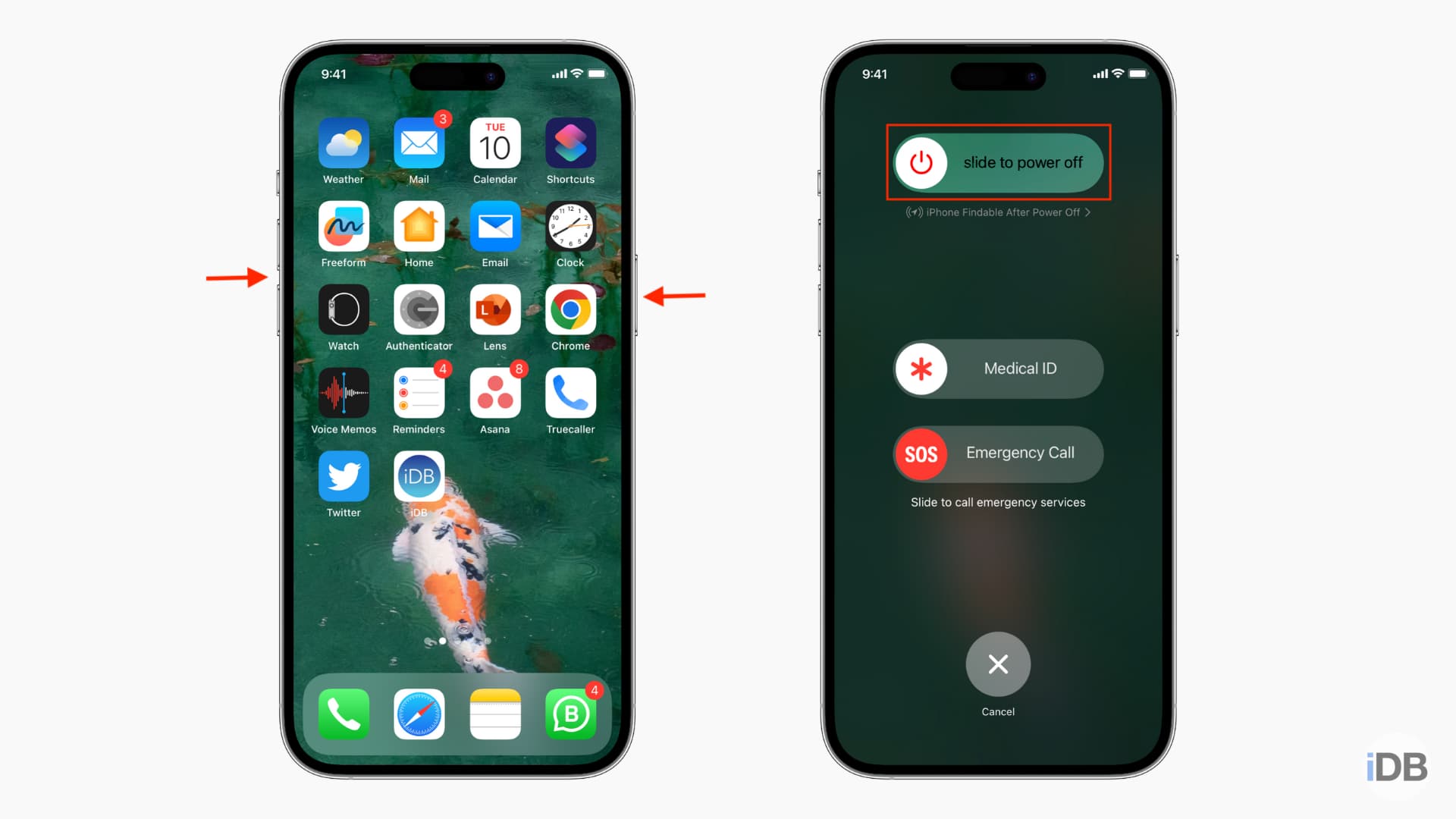 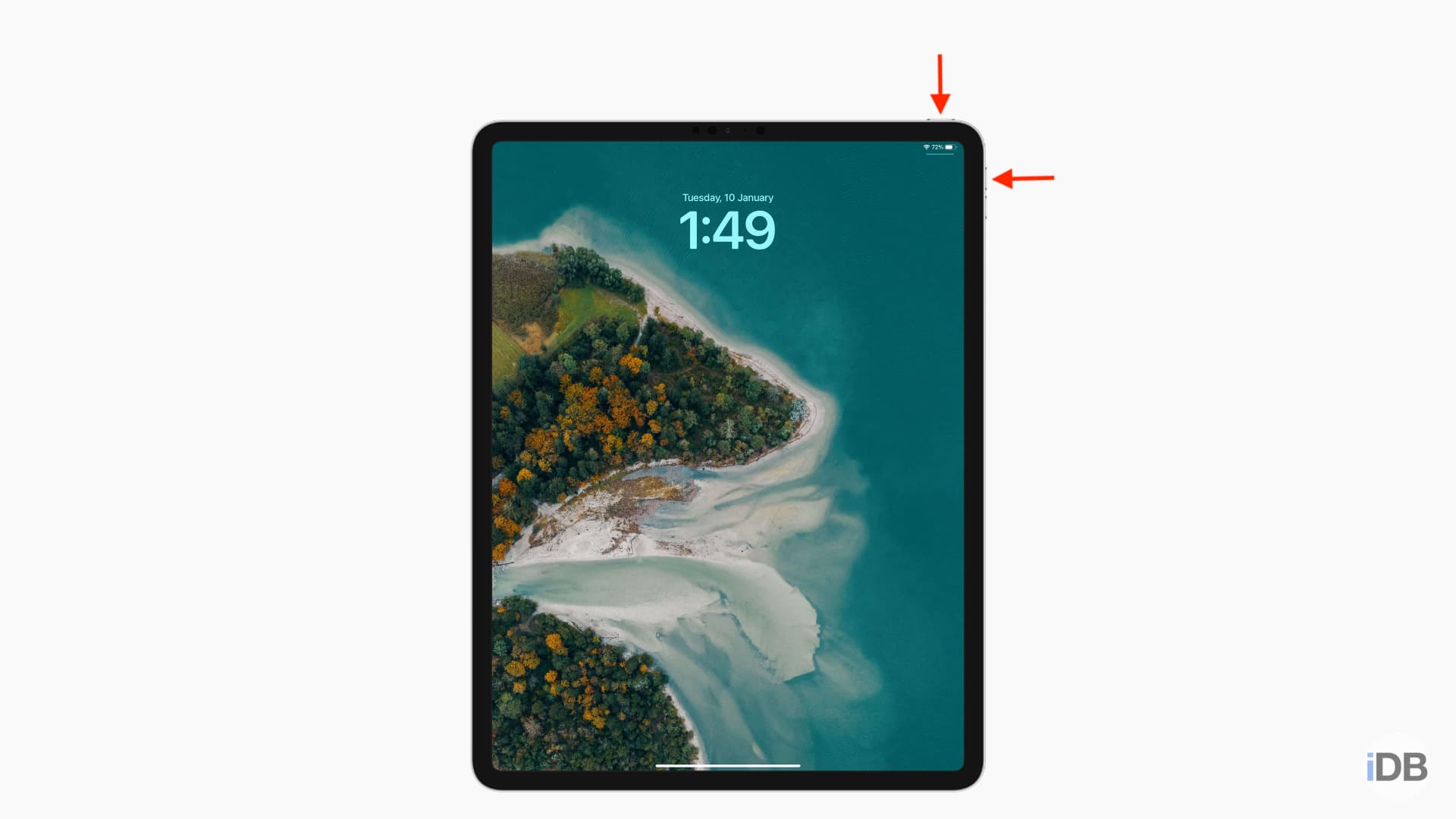 Turn off iPad with top Touch ID button: Recent non-Pro iPads mimic iPad Pro’s design but lack Face ID. Instead, they have an integrated Touch ID in the top button. These models are iPad Air (4th and 5th generation), iPad mini (6th generation), and iPad (10th generation). Here’s how to switch them off:

Turn off iPad with front Home button: This applies to all iPads with a circular Home button in the lower chin of the device.

2. Use the Settings app 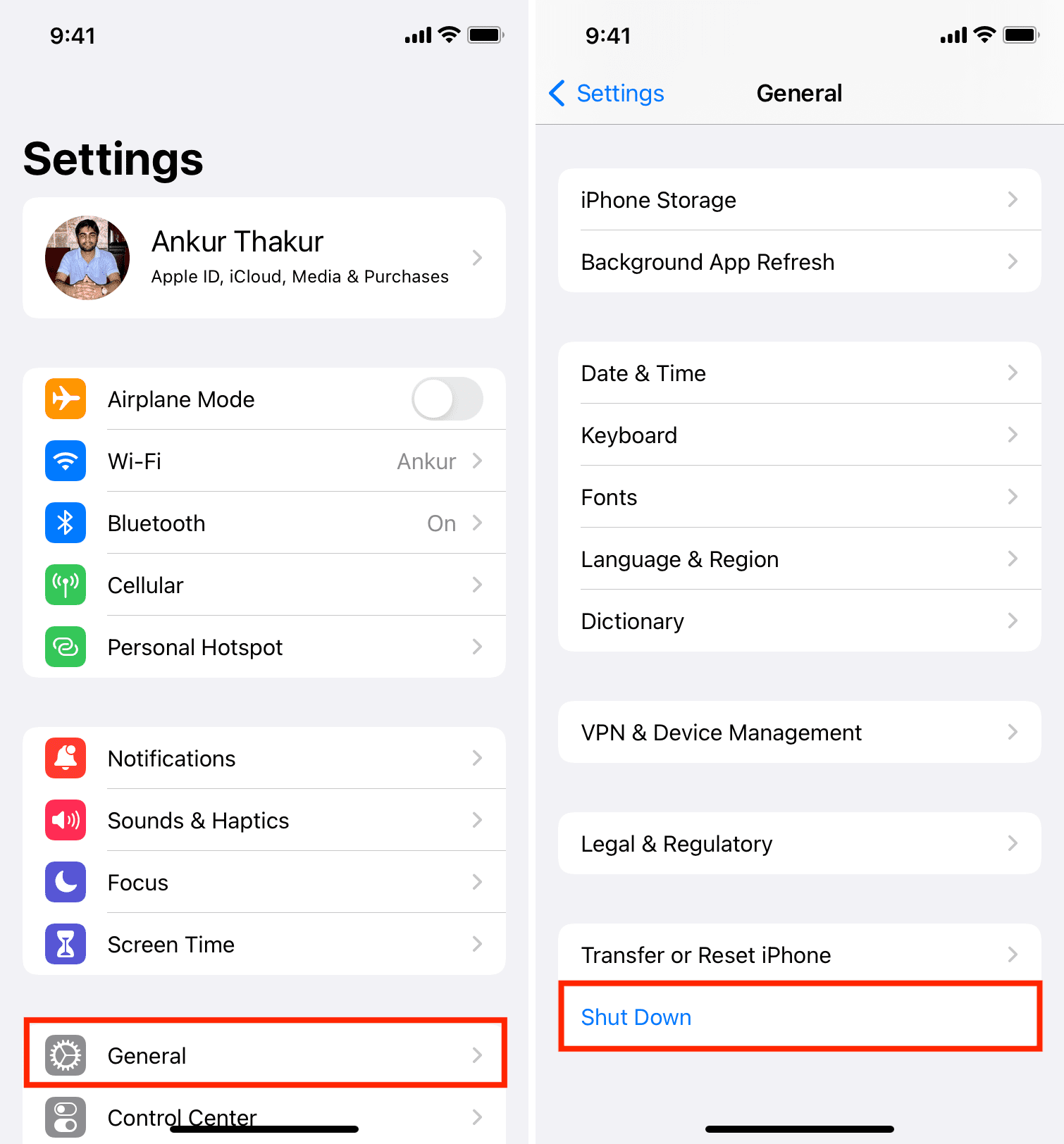 Another way to force your iPhone to shut down is by draining its battery entirely! When you do that, your iPhone will automatically turn off.

To quickly drain your battery, turn off automatic brightness and play videos and intensive games at full brightness. You can also set the on-device speakers to full volume. Plus, you can keep your iPhone in sunlight which will force its display to go at the maximum brightness and deplete it quickly.

2 ways to turn on your iPhone or iPad

1. Use the physical buttons

On iPhone: Press and hold the right side button for a few seconds until you see the Apple logo on the screen. If your iPhone has a top button, use that.

On iPad: Press and hold the top button to switch on your iPad.

2. Plug it into charging

Whenever you put your switched-off iPhone, iPad, iPod touch, or Apple Watch into charging, it automatically powers on the device. This works for both wired and wireless charging. Plus, the iOS or iPadOS device also switches on when you plug it into a Mac or Windows PC.

4 ways to restart your iPhone or iPad

Turning off and turning on (that we discussed above) means restarting. But that’s two separate actions. You can also perform a restart without individually switching off and on your iPhone or iPad. 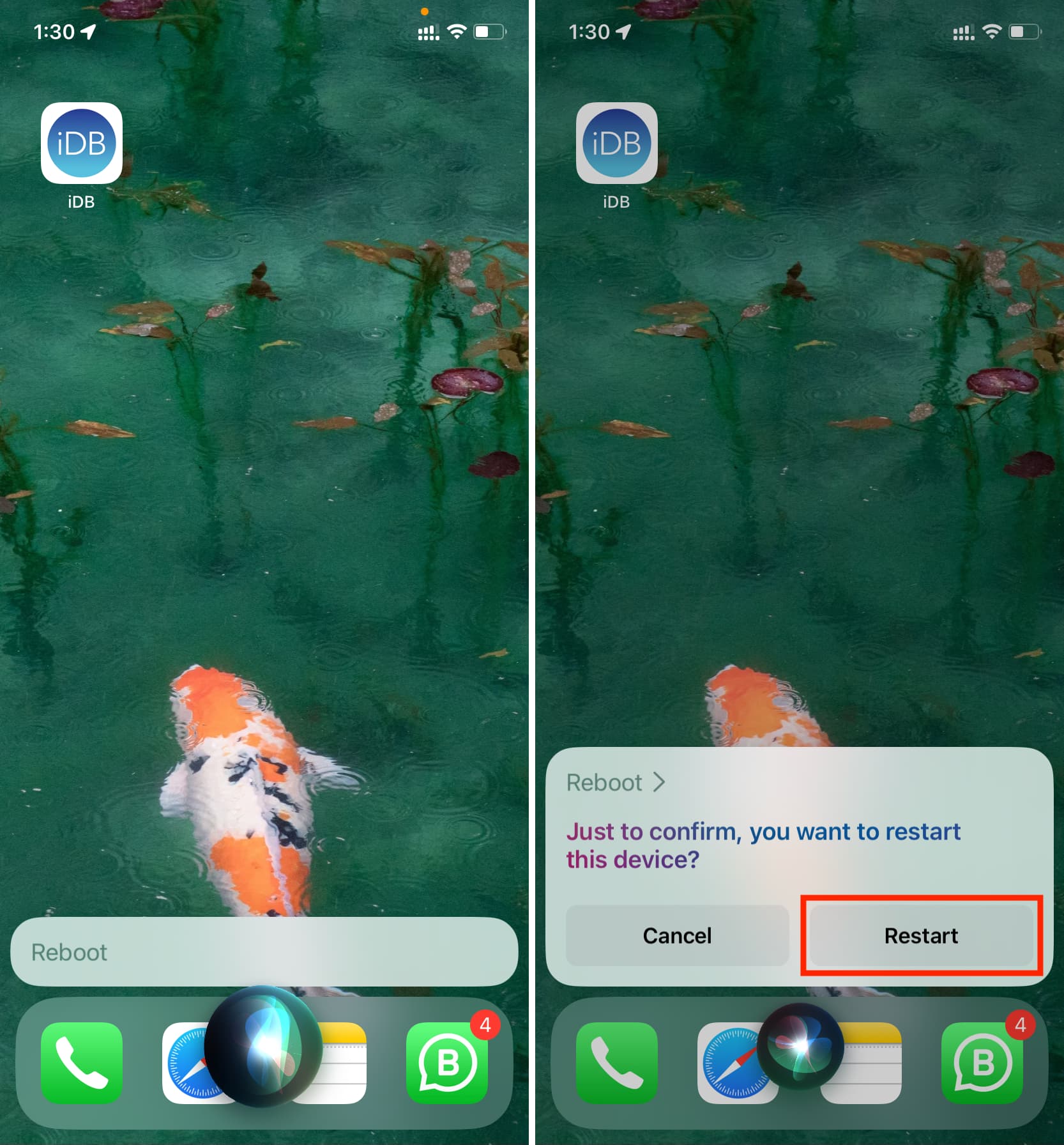 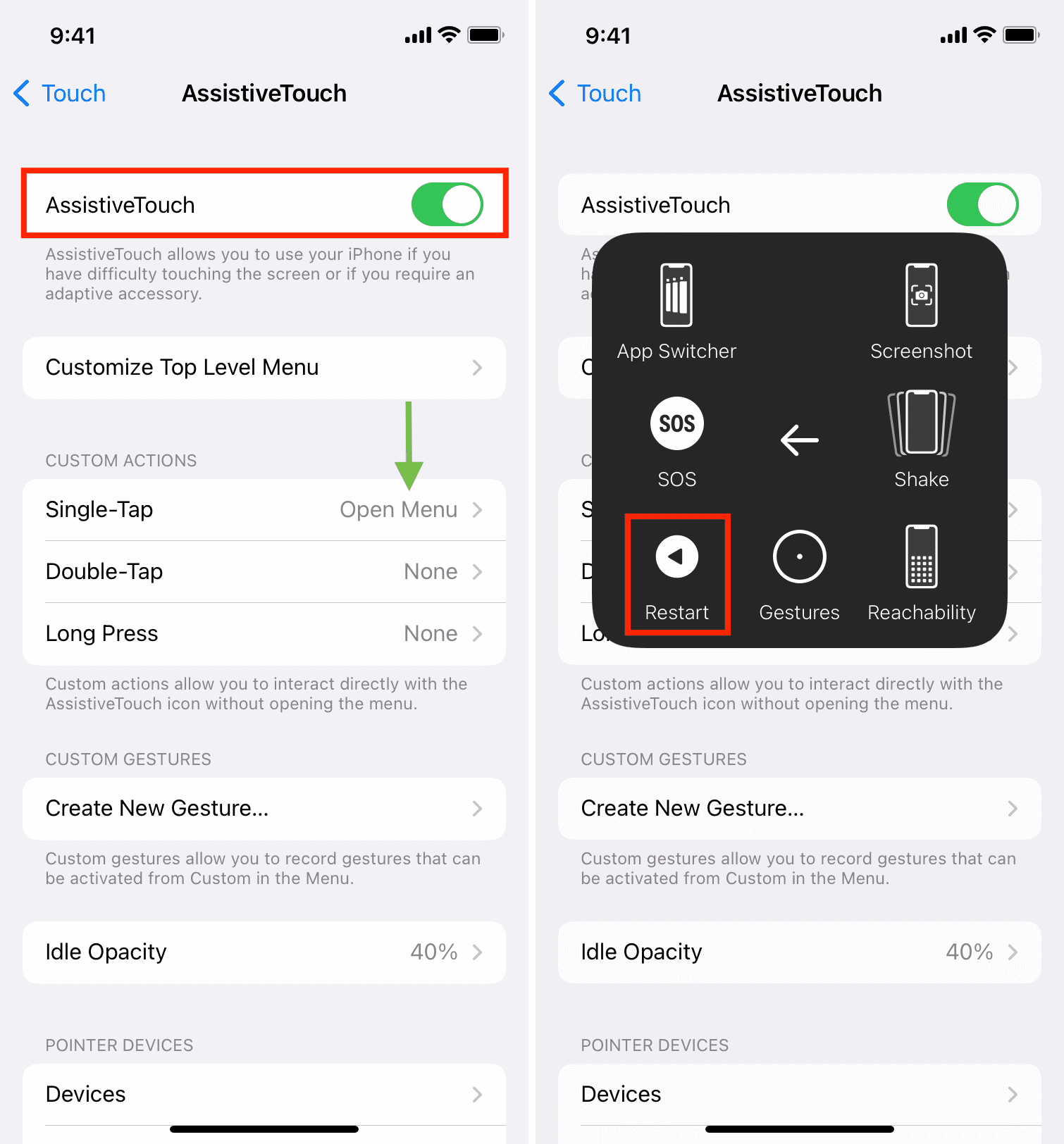 When you update your iPhone or iPad, it automatically restarts during the software installation process. To do that, go to Settings > General > Software Update. From here, tap Download and Install or Install Now.

Note: You won’t see the install button if your device is already on the latest available iOS or iPadOS version.

4. Reset or erase your device

Finally, when you reset your iPhone or iPad settings or perform a full erase, your device automatically restarts.