When an app freezes, misbehaves, gets stuck, and does not work as intended, you can force close and reopen it. In many situations, doing this fixes the ongoing issue, and the app starts working fine. The steps to force quit apps differ according to the iPhone and iPad models. This post shows you how to force close apps on any old or new iPhone and iPad. 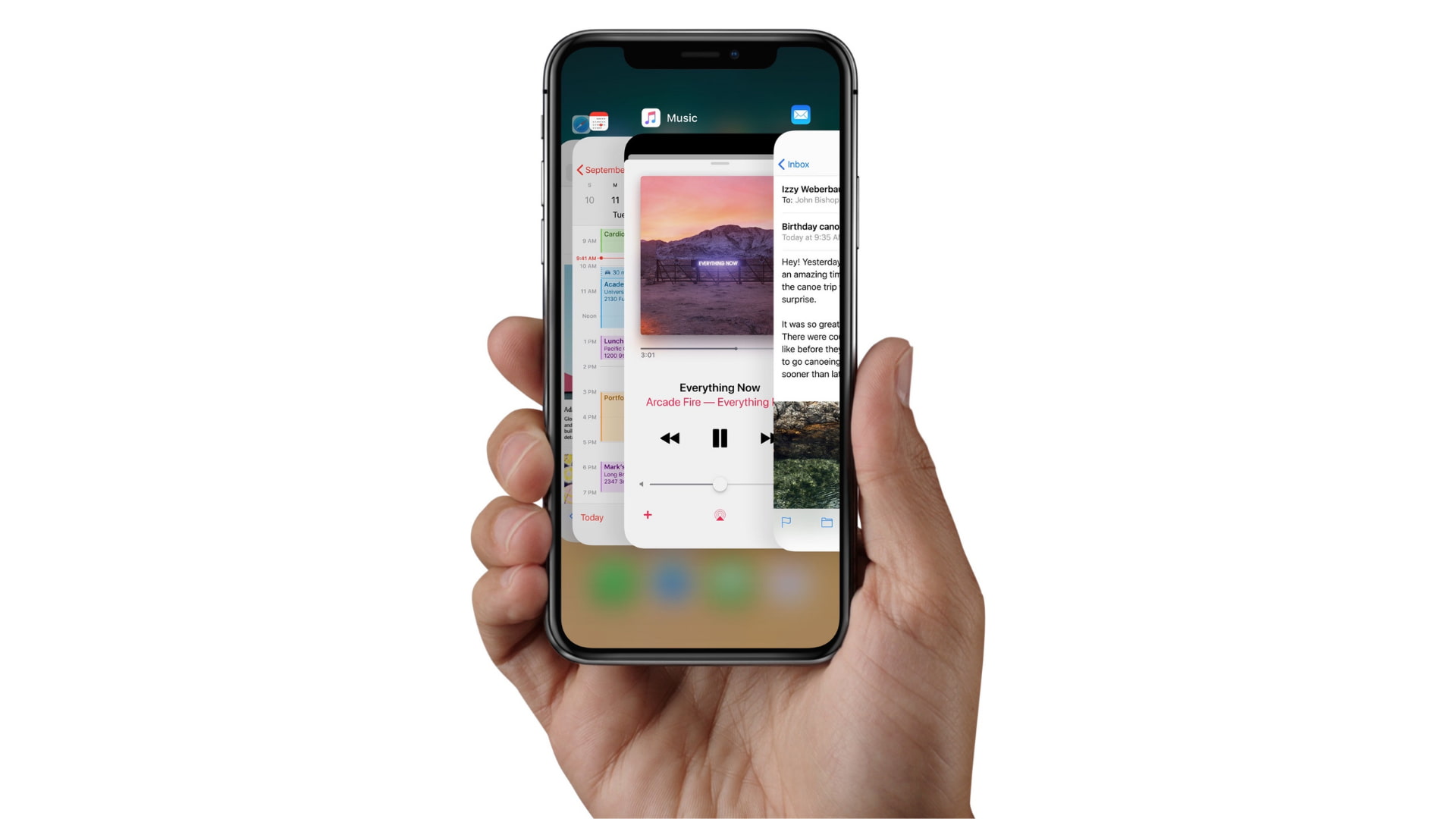 Should you force quit apps on iPhone and iPad?

It would be best if you only force close the app when it’s unresponsive or you don’t need that app for a very long time.

For example, the Uber app on my phone has access to my location. So after taking a ride, if I feel that I won’t be using it again today, I force close it. But for productivity, browsers, music, and similar apps, I rarely force quit them.

We have talked more about this topic and explained why force-quitting apps to save battery life is a terrible idea. Also, it is worth noting that Apple semi-officially confirmed that force closing apps doesn’t extend the iPhone’s battery life. If interested, have a look at both these articles.

That all being said, if the app isn’t working properly, hangs, doesn’t respond, or has any such problems, here are the steps to force quit it on any type of iPhone, iPod touch, or iPad.

How to force close apps on iPhone with Face ID 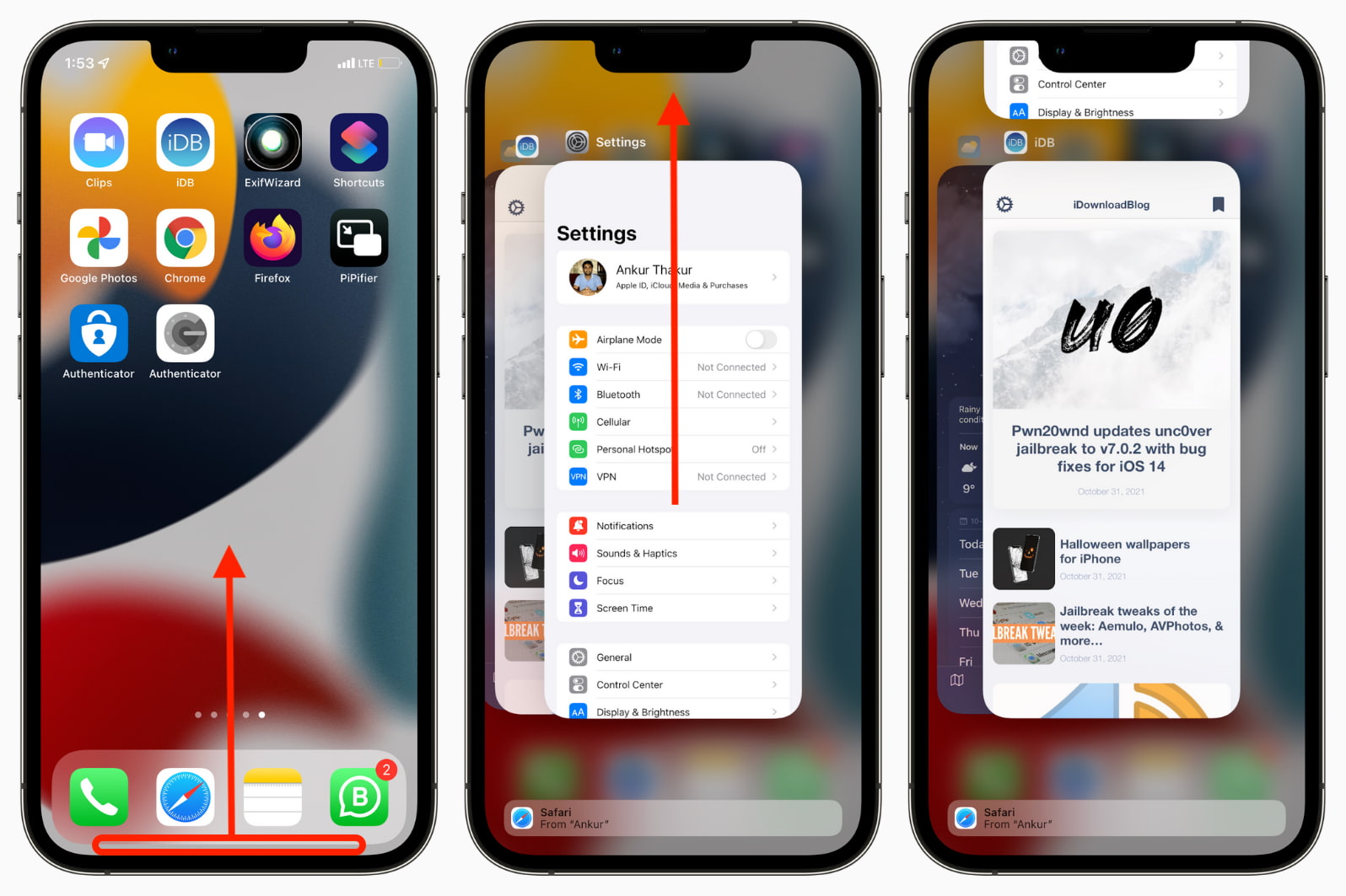 Read next: How to use Reachability on iPhone X and later

How to force close apps on iPhone with Home button

Do you have difficulty quickly double-clicking the Home button?

Due to old age, weak muscles, or a disability, if you aren’t able to click the Home button twice in very short succession, you can change its click speed. To do this, go to iPhone Settings > Accessibility > Home button and choose Slow or Slowest under Click Speed. Now, even if you press the button twice after a relatively long gap, it’ll register as a double-click.

How to force quit apps on iPad

Similar to iPhones, some iPad models have a front Home button, and some, like the high-end iPad Pro, do not have a Home button. However, irrespective of this fact, the steps to close apps on all iPads are the same as long as they have the newer versions of iOS.

Here’s how to force quit apps on any iPad: 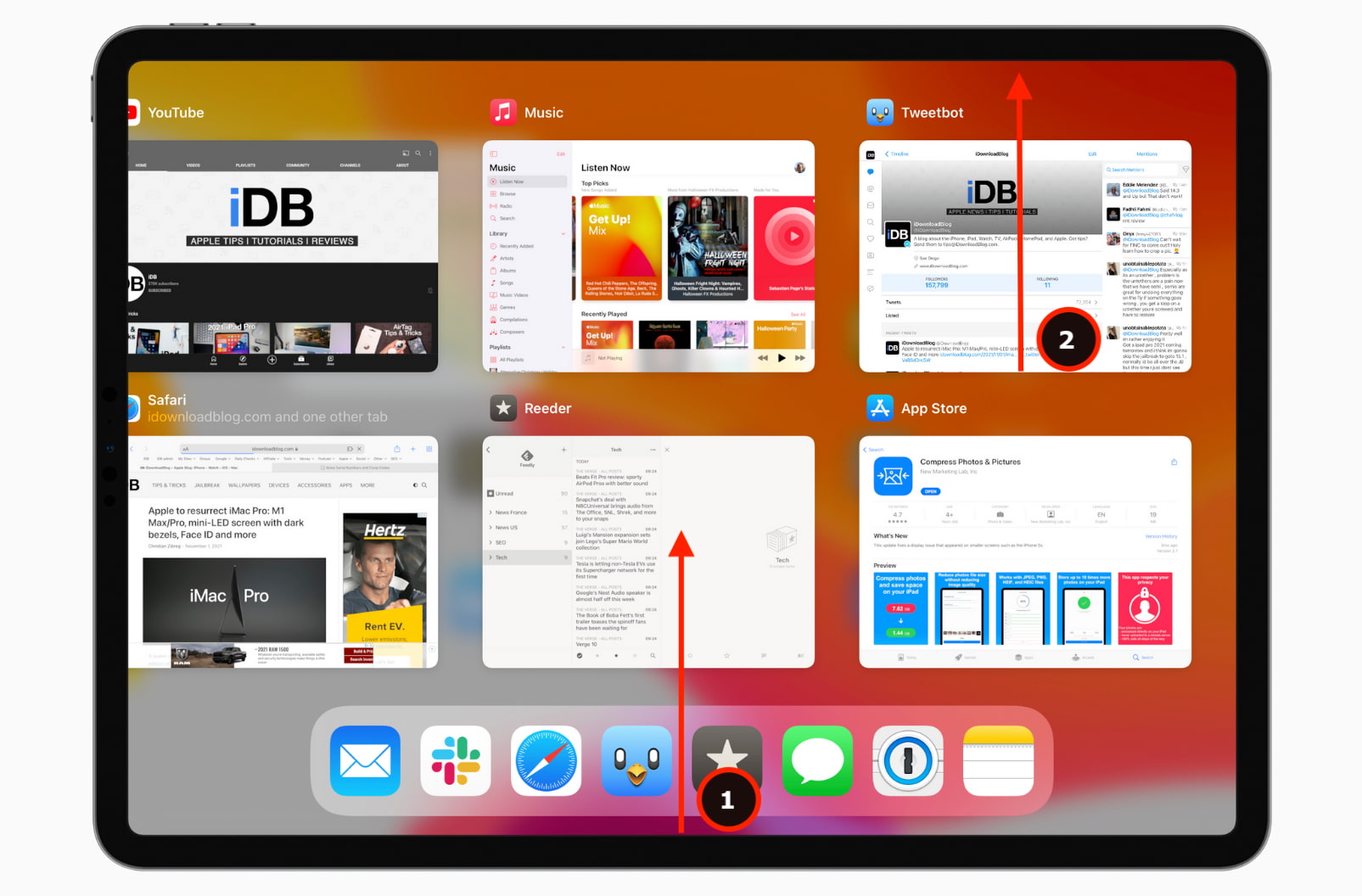 Must-see video: How to use iPadOS 15 Multitasking

How to reopen a closed app on iPhone or iPad

Now you know how to close apps on iPhone, iPad, and iPod touch. If the app was unresponsive and you closed it, you can relaunch it using the following methods.