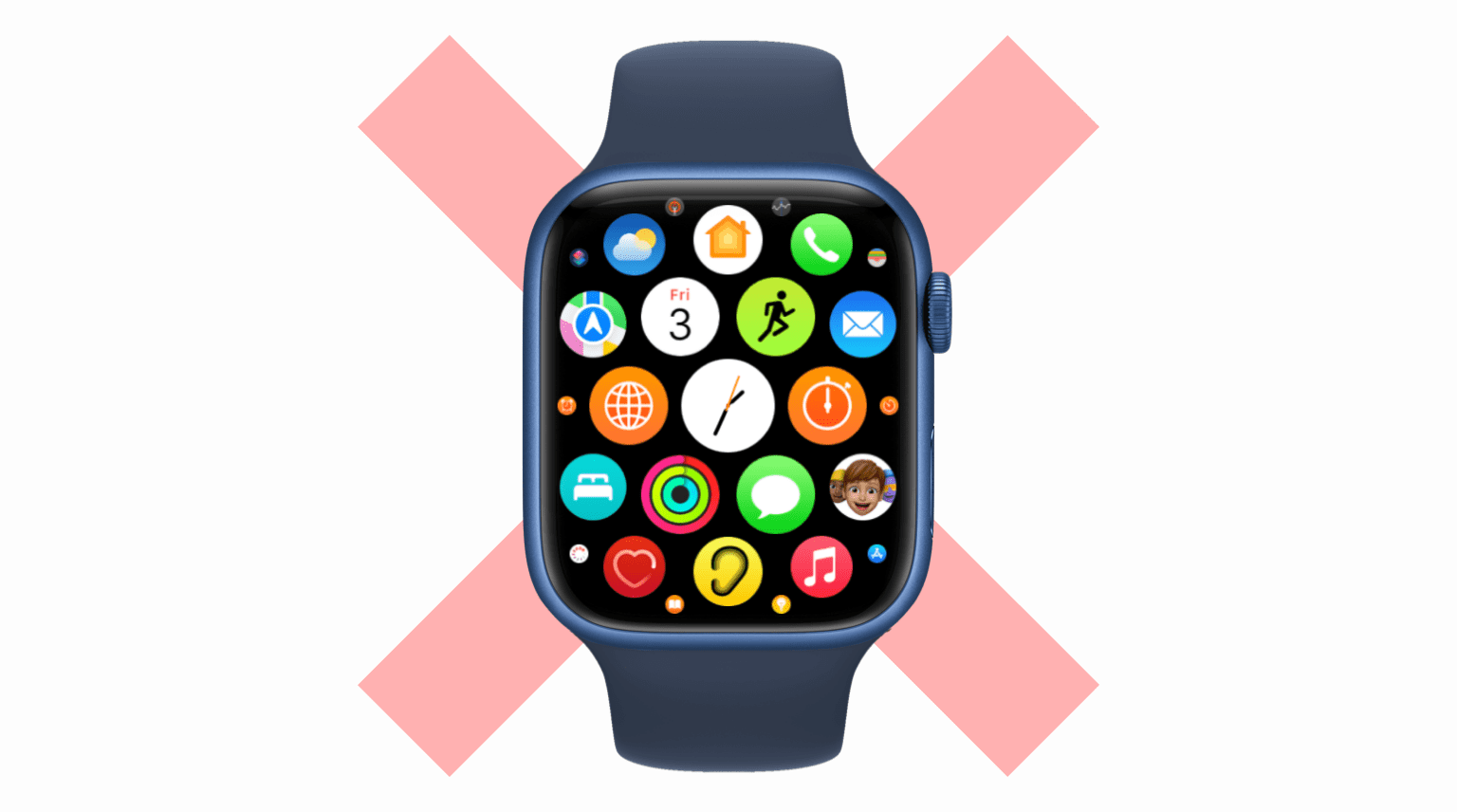 How to force quit apps on Apple Watch

1) Make sure the app you want to quit is on the watch screen.

2) Long-press the side button until you see the power off screen.

3) Finally, long-press the Digital Crown until the power off screen disappears. You have successfully force closed the app on your Apple Watch.

While the app may remain in your Dock (accessed by pressing the side button), rest assured that it’s killed and flushed from the memory. If you relaunch the app, it should go through the first-time loading process.

How to force quit apps on watchOS 3 and before

Starting with watchOS 4 (September 2017) and later, the old process mentioned above no longer works because holding the side button on the power menu now initiates the Emergency SOS feature.

Should you force quit apps on Apple Watch?

Like iPhone and iPad, force-quitting apps in the hope of prolonging battery life or improving performance is a bad idea that has the exact opposite effect on your Apple Watch battery.

watchOS is better than any human at allocating system resources sparingly to apps that need them. Therefore, refrain from force-quitting apps unless absolutely necessary.

Just don’t overuse it, and you’ll be fine.

How to remove an app from the Apple Watch Dock

While multitasking on your Apple Watch, you can close unnecessary apps from the Dock (or Multitasker or App Switcher) to make switching among apps quicker. In other words, with the help of these, you can clear some recently used watch apps.

1) Press the side button.

2) Swipe or turn the Digital Crown to reach the app you wish to remove.

3) Swipe left on the app card and tap X.

4) Press the Digital Crown or side button to exit the Dock.

Check out other related posts: