Are you done with the iOS 15 beta and want to switch back to the official public release? While leaving the beta program is quick and easy, you might be stuck with beta software for some time. We walk you through your options. 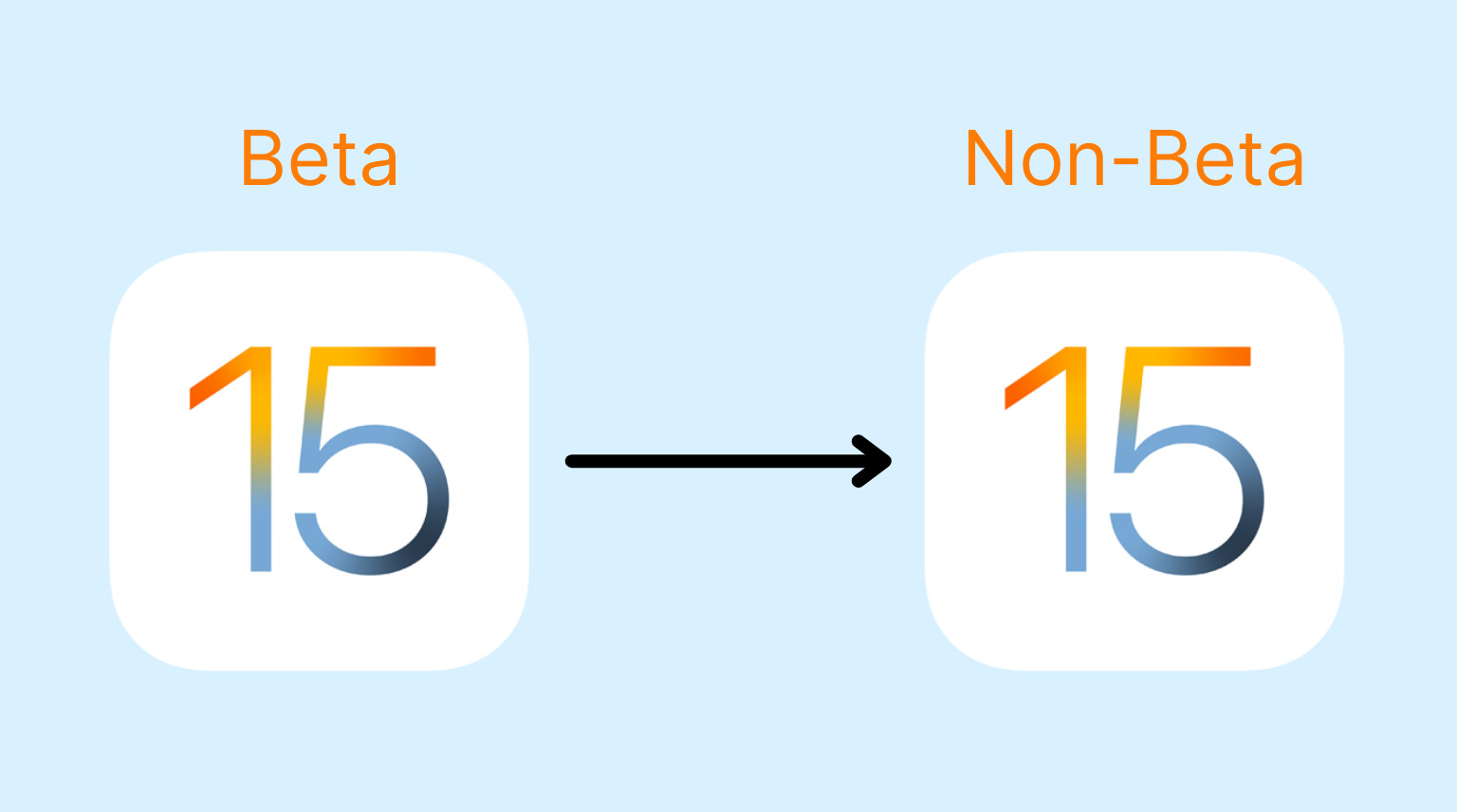 It can be tempting to install a beta version of iOS to have a first peek at upcoming features, especially when brand new software is being released, such as iOS 15 which offers a number of significant new features. But by definition, these pre-release versions of the operating system can be unstable and take a toll on the performances of your iPhone or iPad.

In that case, going from the iOS beta to a public release is the best solution to get things back to a stable state. But how do you go from iOS 15 beta to the public version of iOS 15? In this post, we will detail a couple of ways how you can switch from an iOS beta to an official iOS release. These steps are exactly identical from for switching from iPadOS 15 beta to the public version of iPadOS 15.

In that situation, you should be ready to restore your iPhone and probably lose any data you have on it, such as your custom settings, email accounts, downloaded apps, etc. The reason you will likely lose all that data is because it might not be backward compatible with previous versions of the operating system.

2) Download the latest public version of iOS available to your computer. You can find public releases of iOS on our Downloads page. From there, look for the latest iOS release for your specific device, and download the firmware to your desktop.

4) Launch Finder on your Mac (or iTunes if you are on Windows), plug your iPhone or iPad to your computer via the USB cable, and click on the iPhone tab to show general device information. 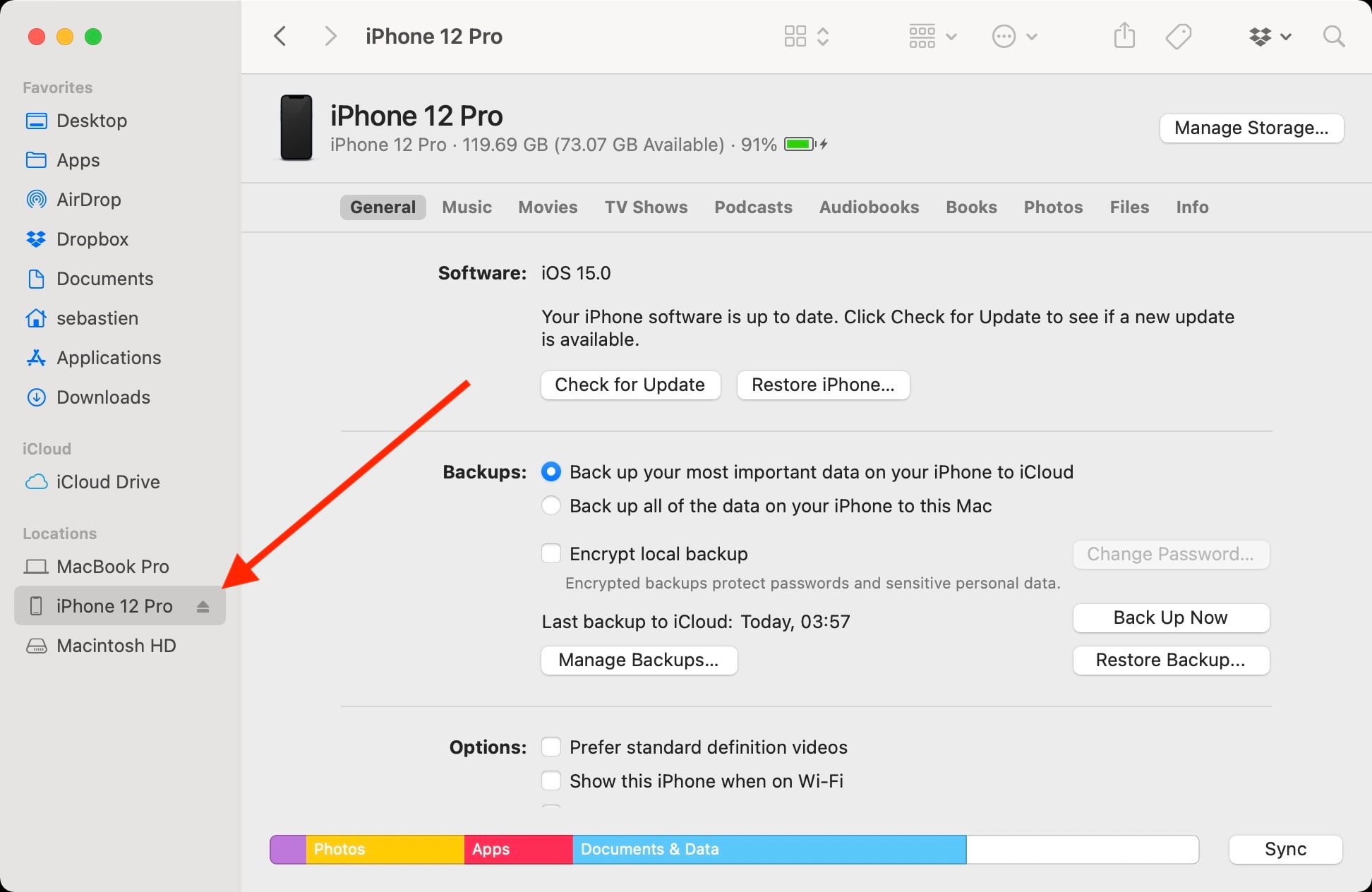 6) A new window will appear, allowing you to select a specific firmware to downgrade to. In our case, we want to select the firmware version that we previously downloaded in step 2 above. 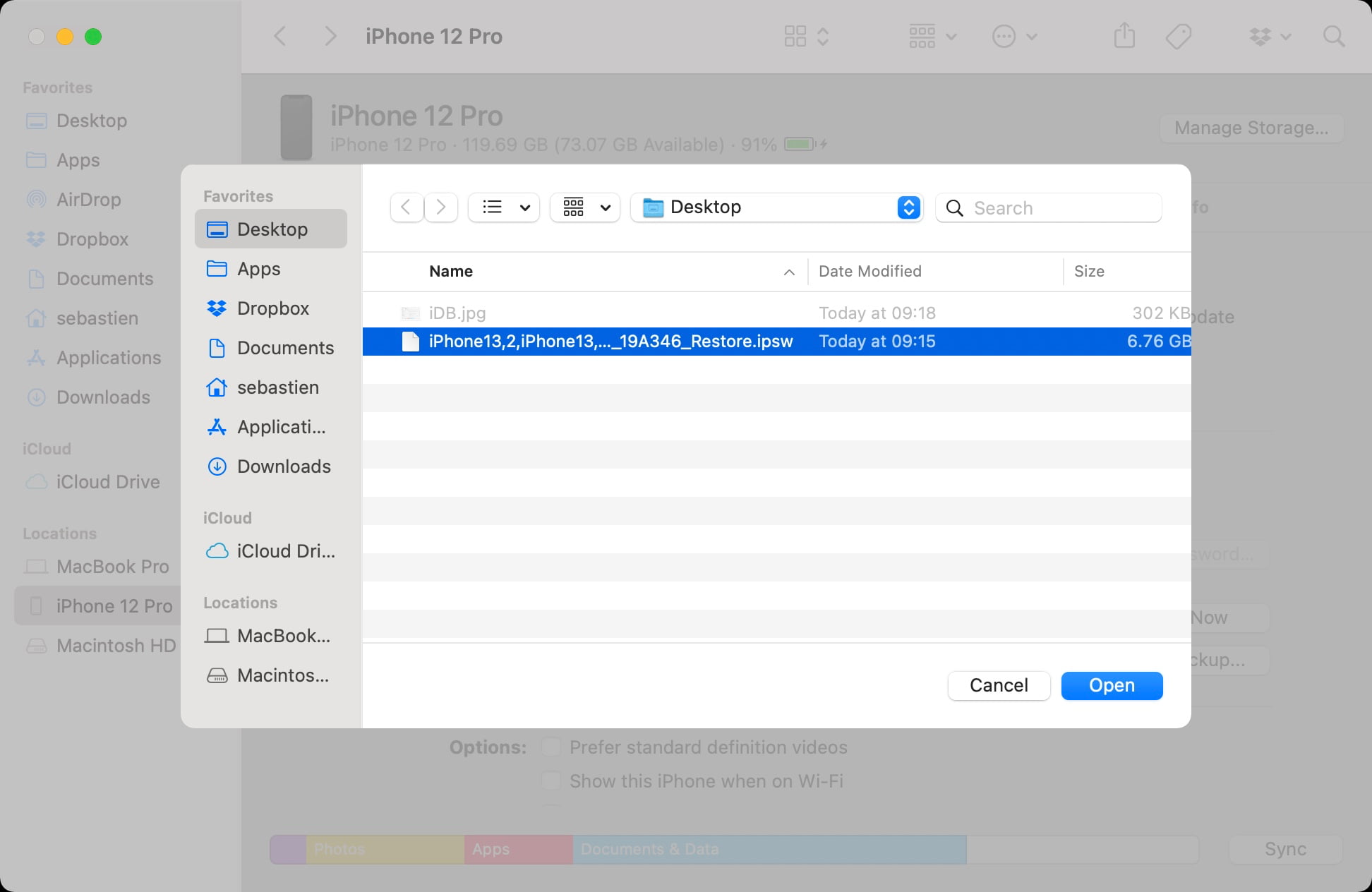 7) iTunes will now restore your iPhone or iPad and install the latest official version of iOS available for your device.

8) Once the restore is complete, your iPhone or iPad will be running a clean operating system. From there, you will have to set it all up again. If you had made a backup of your device on that software version or an older one, you will be able to set up your iPhone or iPad from that backup. However, as mentioned before, you will not be able to restore the device using the backup you might have made from the beta version.

Depending on your available options, you will now have an iPhone or iPad running the latest public version of iOS.

This second option is probably easier, but it depends a lot on timing.

With this option, you can actually update from a beta software to the public release of that software version. Are you lost yet? Let me take an example to illustrate the situation.

Let’s imagine you have downloaded the iOS 15 beta to your iPhone, and at some point in the future, Apple actually releases iOS 15 to the public. You will have the opportunity to update from beta to public release.

If you are on, say, iOS 15 beta 8, and Apple releases iOS 15 to the public, you will be able to update to that official version because it is a newer release.

That said, this method is particularly handy if you are running the iOS 15 beta 8 release for example, and want to update to iOS 15.2 when it becomes available.

How to update from iOS beta to newest public iOS release 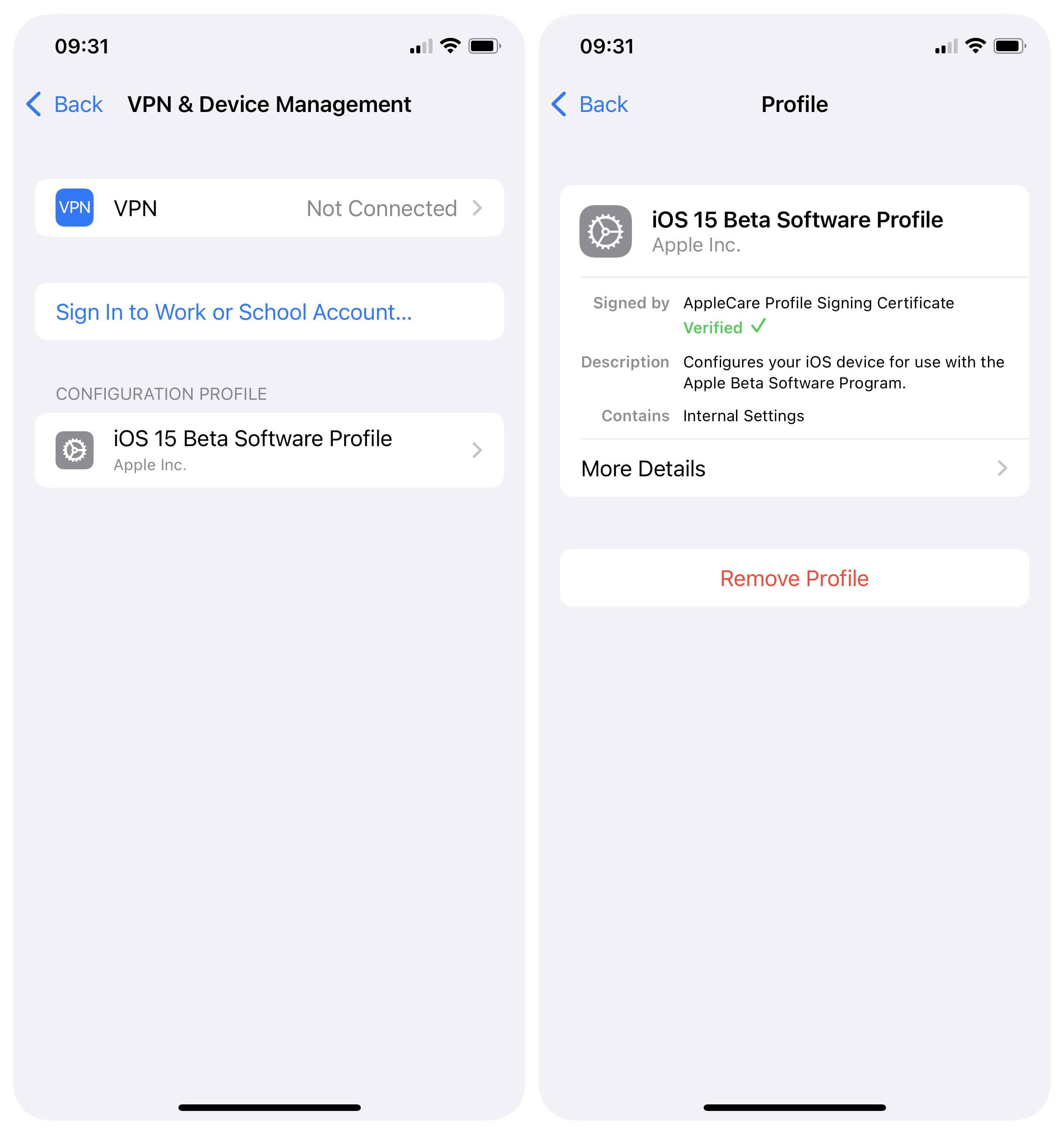 2) Tap Remove Profile. Enter your passcode to confirm the deletion. Your iPhone or iPad will reboot.

At this point, you are still running the beta software, but because you deleted the profile signing certificate, the device is not eligible anymore to receive beta updates.

3) On your iPhone or iPad, go to Settings > General > Software Update. If there is a software update available for your device, it will show up in there, and if you go through with the update, you will then be downloading and installing the public iOS release.

And if you want to do the same thing with your Apple Watch, check out our article on how to switch from watchOS 8 beta to the public release