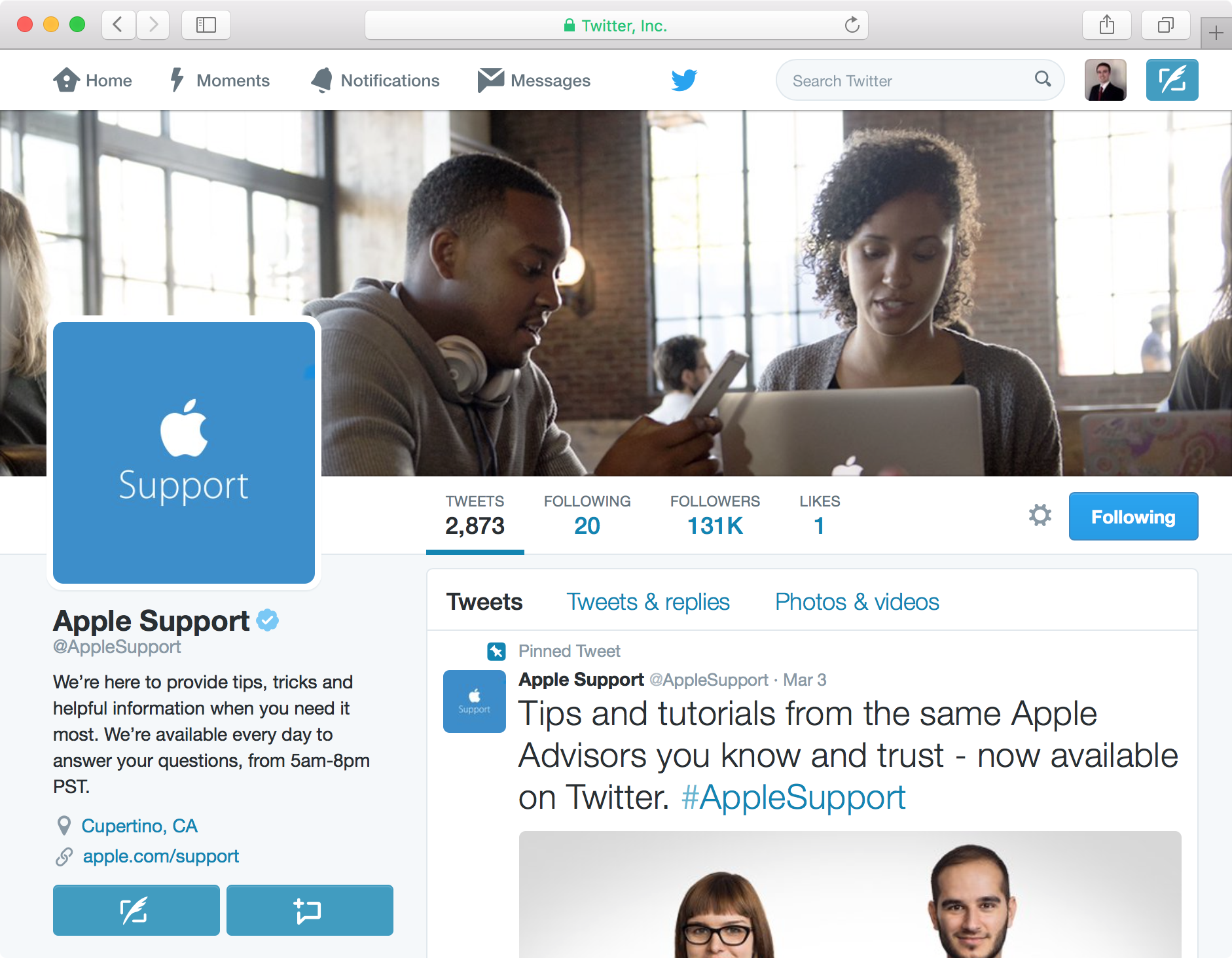 Within just a single day of launching a support account on Twitter, Apple has well over 130,000 followers and is answering over 100 people with questions about Apple products and services per hour.

Although it’s taken Apple quite a while to finally use Twitter as a support medium for its main products, depsite having Twitter accounts for Apple Music, Beats 1, and iTunes for quite some time, it’s still great to see Apple is using another method of communication to reach its users.

In this piece, we’ll talk about why we think creating the support account on Twitter was a great move for Apple.

Why Apple’s new Twitter support page is great for users

Makes it easier for users to get help on demand

Having another medium to reach out to Apple for help means users have more options to pick from when something goes wrong. Now, Apple users can simply reach out for support on Twitter and receive a response from an Apple representative between 5 A.M. and 8 P.M. Pacific time.

Although a typical response will be to start a Direct Message (DM) conversation with the Apple representative, they’ll be able to direct users to the correct online Apple support document with the proper steps to troubleshoot or fix a problem.

Successful or not, the steps will help users determine what the actual cause of the problem may be, and help them to decide if they need to use time calling the Apple support line or if it’s something that can be fixed with the flip of a switch. 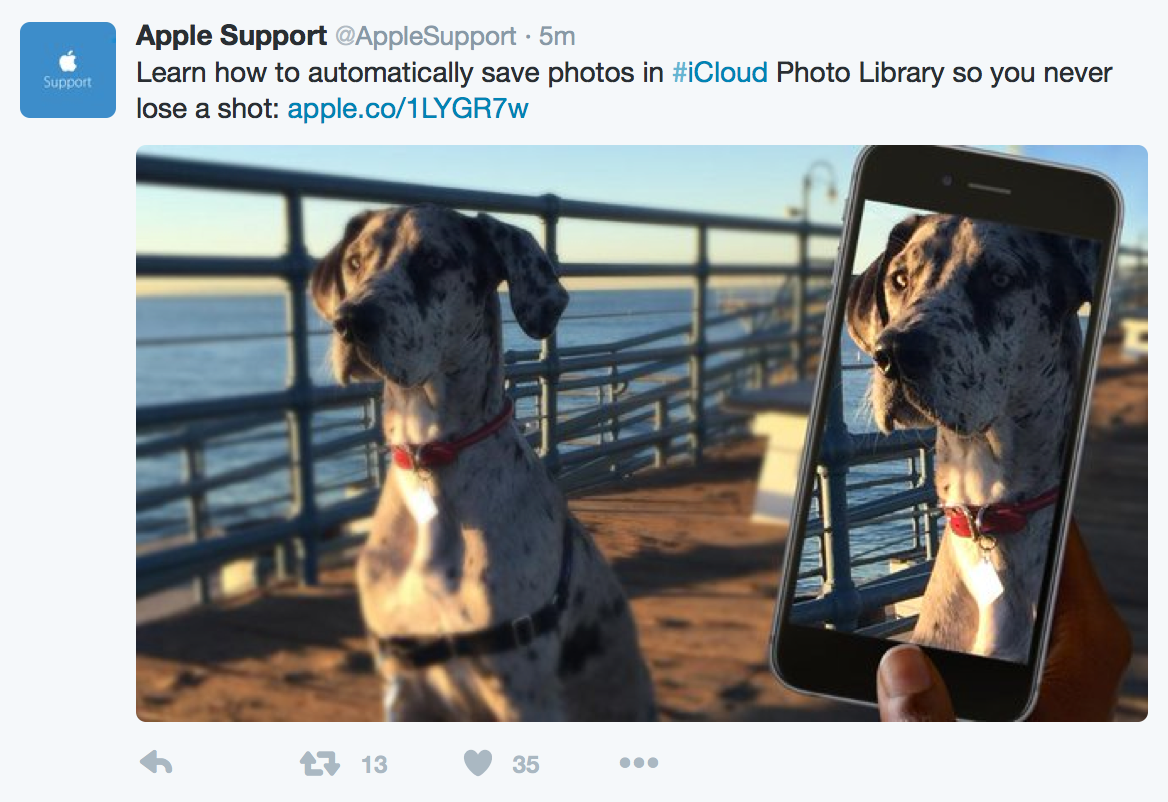 Apple always wants to spread the word of how to use their operating systems’ key features, hence the Tips app that now ships with iOS, and the Apple Support page is a great way for followers to learn tips and tricks related to using Apple’s software and hardware.

Although this is something that happens a little less often than answering support requests, simply following Apple Support on Twitter will land you with an interesting tip or trick in your Twitter feed every so often, which might be worth trying out. You never know when you might learn something new from one of the tip pages they will share.

Puts Apple up to speed with other companies 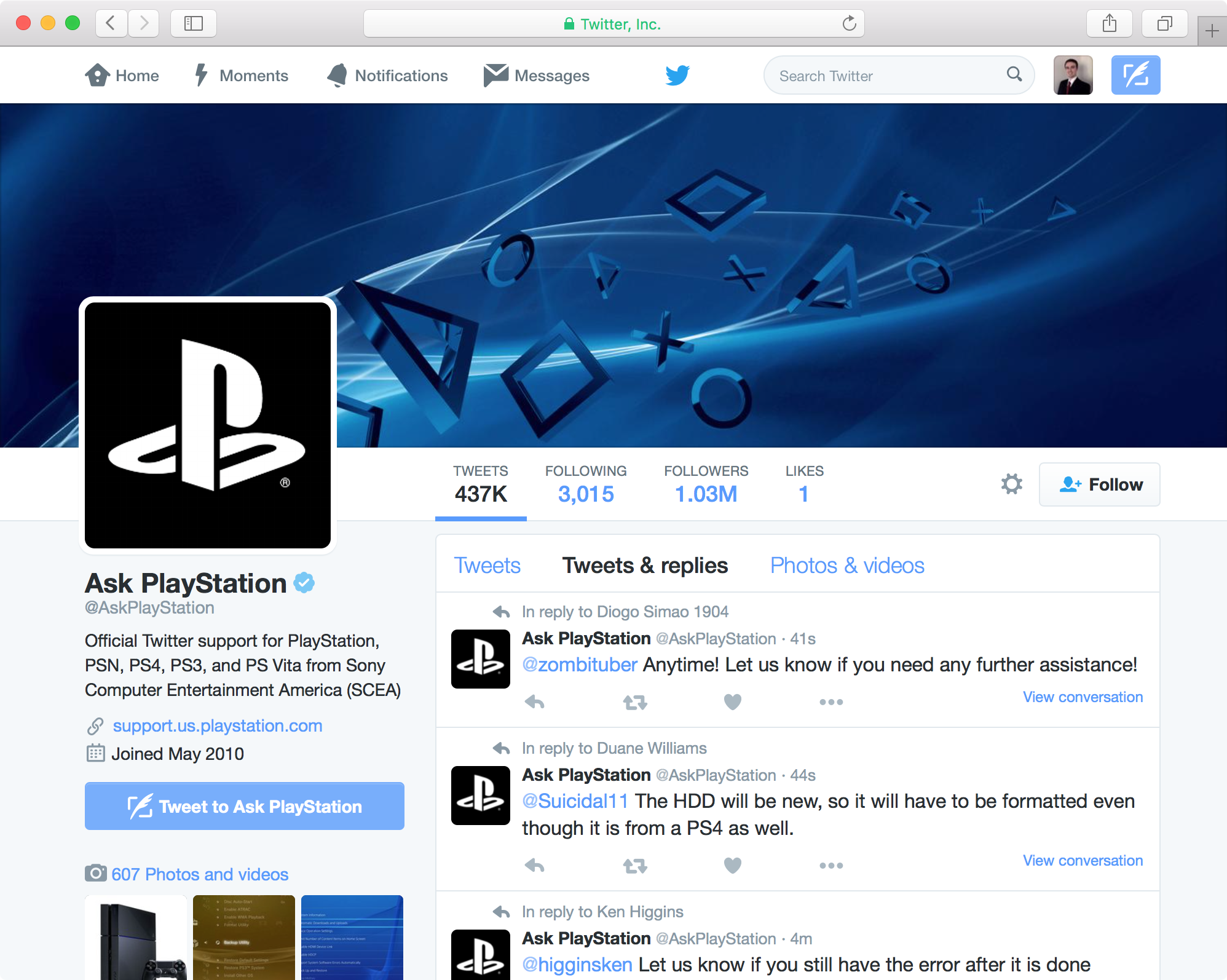 With Apple now joining the Twitter game, the company’s users can feel like they’ve got the one-on-one help they need in an instant, just like users of products from competing companies have had for years.

This is something Apple has needed for a long time, because it allows Apple to help its customers on a much more personal level without the user needing to waste too much of their own time with support forums, Apple Store visits, and phone calls.

Instead, you can just mention Apple on Twitter, and go about your day while you wait on that reply from Apple; no more waiting on hold, waiting in line for a Genius Bar appointment, or browsing endless forums for answers. 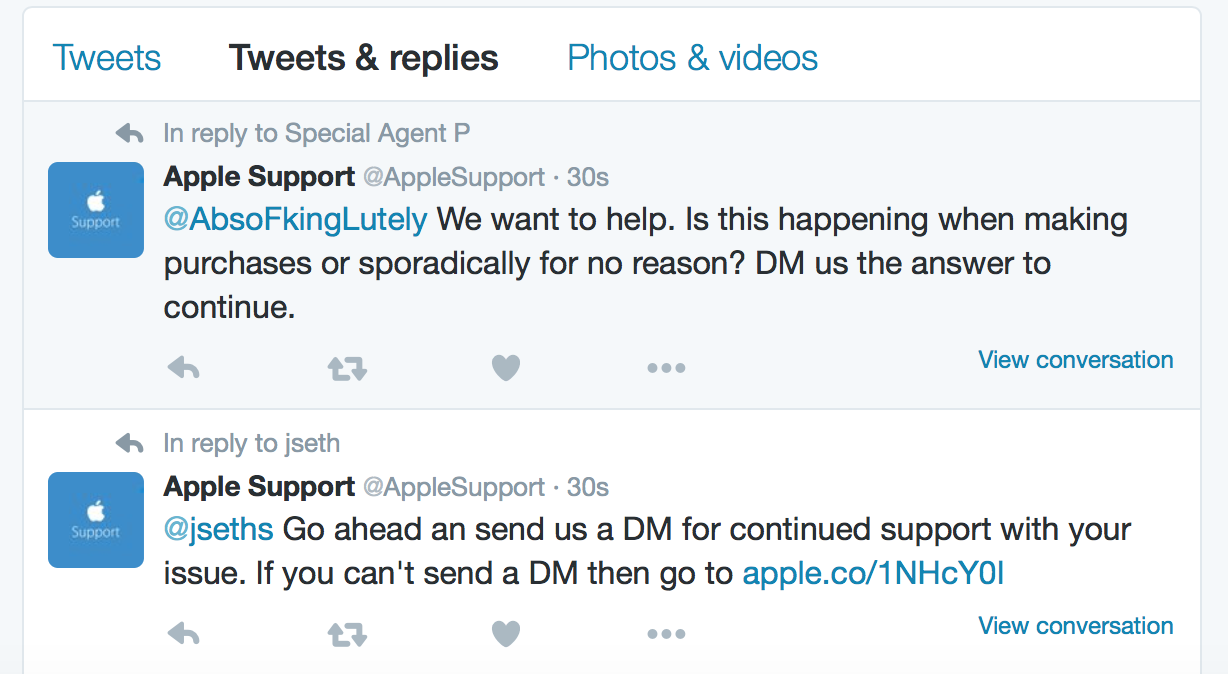 Another potential benefit I see here is how Apple joining Twitter to help its customers publicly is a move towards transparency.

If you were ever wary over whether one company or another would have better support and stand behind its products, being able to see how the company deals with the problems in public is good for any potential customers that want to see how good the company’s support is.

Although Apple is going to ask most people with complex issues to DM them because of the 140-character limit, Apple will still try to help its users by linking them to support pages publicly for everyone to see if it feels the problem can easily be resolved without a wordy conversation.

Moreover, customers who are satisfied or dissatisfied can use Twitter to publicly vent to the company, giving others a chance to see how Apple is doing in terms of satisfying disgruntled customers.

Not only does this help others who may be experiencing the same problem, but it allows potential customers to see that Apple is indeed capable of providing support for its users when things go wrong and will help its users get back on track when issues derail them.

A move in the right direction?

Apple’s choice to open a new Twitter account for support concerning its products and services seems to be a good one because it opens the doors of communication for a new audience of Apple users. I believe it’s a great way for users to quickly get in touch with the manufacturer to seek advice for troubleshooting or fixing an issue, and Twitter is a great place to initiate a conversation especially since it recently lifted the character limit of direct messages.

What are your thoughts on the Apple Support Twitter page? Will you use it to troubleshoot future issues? Share in the comments!