I have to admit that, early on during last week, I was a bit disappointed to see the new titles available in the App Store. You could call it a “slow week” for apps. I did call it that. However, as the days went on, we discovered cool widgets like Neato, great updates like Microsoft Office’s, and even a couple of new apps that put a smile on our faces.

This week has already gotten off to a very good start with a handful of really fun free apps and games, plus some great looking titles that will give you a reason to spend some money. If you are looking for new apps and games to keep you busy this weekend, we’ve got a list that will put you down the path to enlightenment. 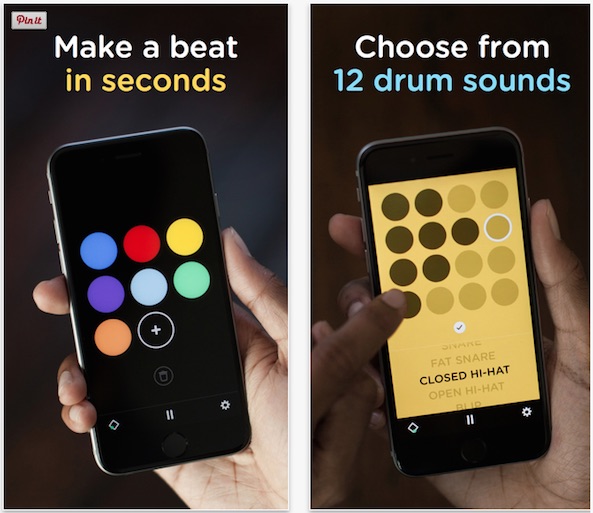 It’s time to tap out those beats. There are dozens, if not hundreds of drumming apps in the App Store, but most of them try to pretend to look like a real drum kit, which is nothing, if not confusing and complicated. Keezy Drummer is a simplified beat maker that lets you tap into your grove by selecting one of 12 different drum sounds. You can mix and match up to 9 different beats at once and set the tempo to whatever speed you like between zero and 300. No matter what your style or groove, you’ll be able to create sweet rhythms on this app without even having to know how to keep a beat. This app is available for free. 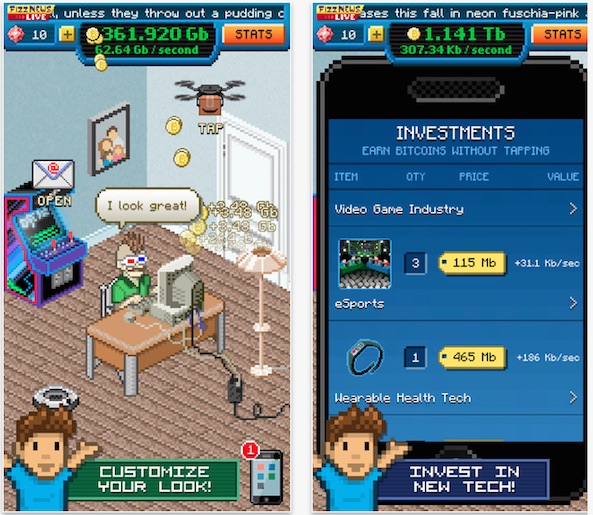 Who cares if it is technically not legal tender, anyone can become a billionaire if they buy and sell bitcoins. The best way to make a lot of dough is to have zero personal or social activities and spend all of your time mining bitcoins. Then, trade that junk on the virtual market for something cool, like a gold-plated Rolls Royce. This game offers a simulated version of just that. Only, you technically don’t have to quite your day job to make the big bucks. Oh, and the bucks aren’t real. In fact, you’ll spend more real money playing this game than you will earn mining bitcoins in it. This game is available for free. 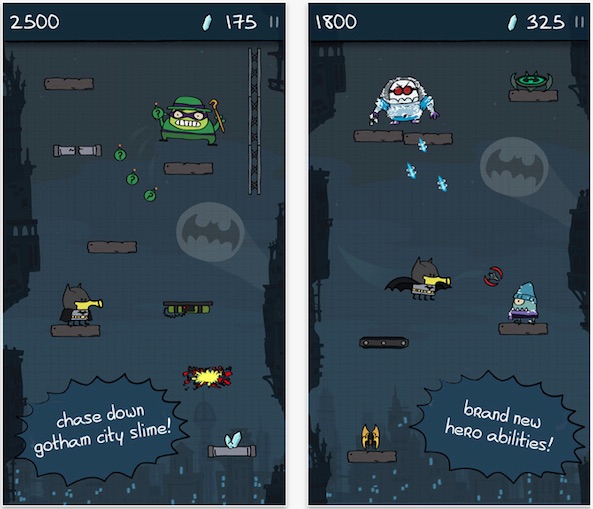 Doodle Heroes has been on the scene for a few years now. It is incredibly simple, but can be a lot of fun if you just need a few minutes of free time for a quick video game fix. Players jump from one platform to another in a vertical speed tunnel. As you begin falling to the ground, tilt your iPhone to the left or right and grab onto another spring-loaded platform. This particular game features all of your favorite Gotham City residents. Players get to control the Batcoptor, Bat jetpacks, and more. Throw Batarangs and stop your fall with the Bat grappling gun. This game is available for free. 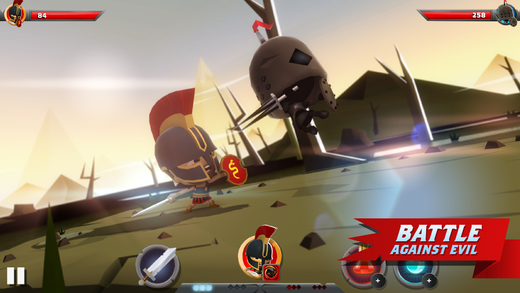 Did you ever think you’d see the day when hardcore gaming intermingled with casual games? Well, thanks to the popularity of mobile games, we’ve got such titles as World of Warriors. In this game, players fight across lands in a battle strategy game of epic proportions. Build an army from hundreds of characters based on real life military men. Train and evolve your warriors to become the strongest army in the world. Collect materials to help you craft talismans that will increase your stats in battle. Compete against others in daily and weekly challenges to earn rare loot. This game is available for free. 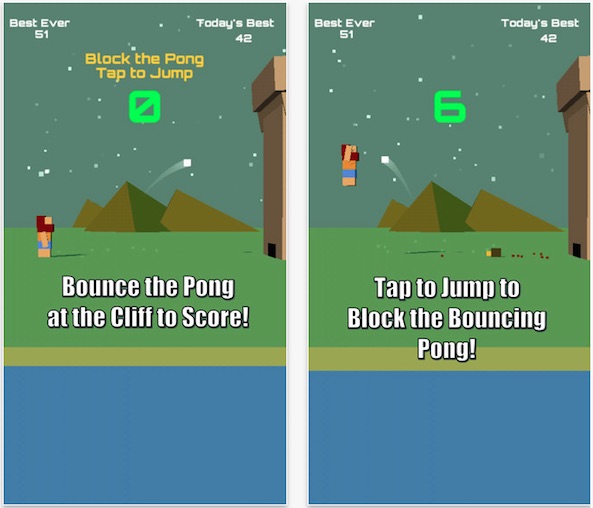 Some could argue that Pong was the very first ever, home console game. So, it makes sense that someone would remake it with a caveman as the paddle. That is exactly what this game is about. You control a caveman by making him jump into the air with a tap. He is playing a game of handball against a giant stone cliff. Your job is to keep the ball in play by jumping up and returning it every time it ricochets off of the stone cliff. Similar to such simple, but difficult titles as Flappy Bird, this game will make it nearly impossible for you to score, but very easy for you to get addicted to. This game is available for free. 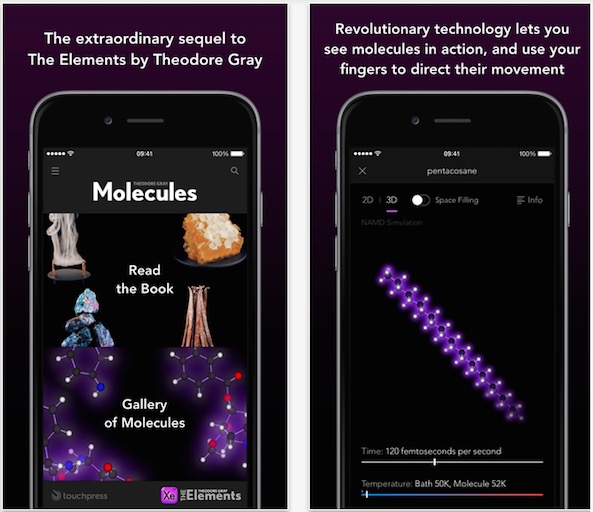 You are never too old to enjoy science. When I was learning about molecules, my book was stationary and two-dimensional. We didn’t even have any cool movies to watch about the subject. I may not be graded on what I learn in this book, but it sure will be easier to get excited about its contents. You can manipulate a virtual molecule to see what takes shape. Increase or decrease the temperature to see what type of reaction takes place. Watch hundreds of videos that unlock the secrets of what everything in is made up of. This app is available for $13.99. 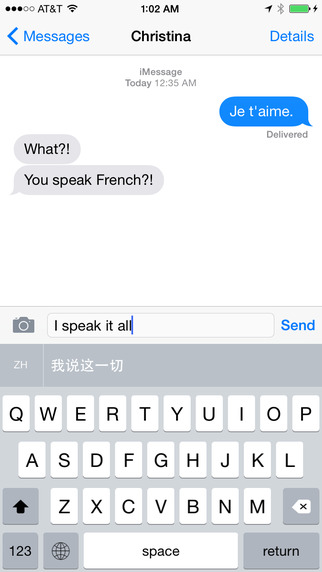 I regularly communicate with people whose first language is not the same as mine. Most of the time, the other person will take the time to translate into English for me, but I sometimes have to do some translating of my own. This third-party keyboard app makes it possible for you to translate while you type. No more copy-and-pasting. Just type a word or sentence in your language and watch it magically change into the foreign language you selected to translate to. This app is available for $2.99.