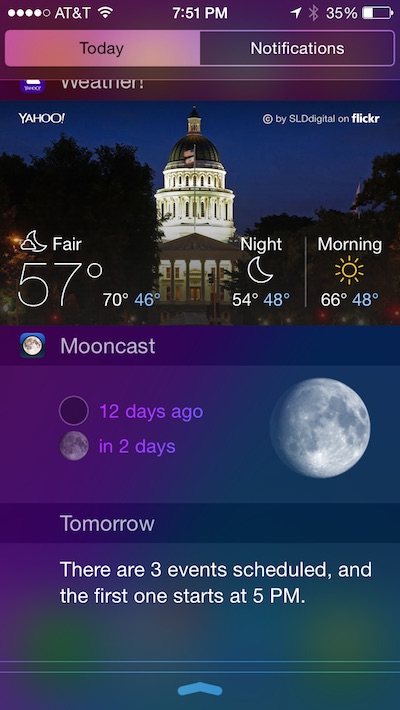 In general, most of us take the moon for granted. It’s always there. All we have to do is look up at night to see it (depending on the time of the night and the moon’s phase). Some people claim that it has an effect on how we act.

Mooncast is a simple app that displays an image of the moon in its current phase with a few additional bits of information about its status in the night’s sky. The app recently received a major update that adds the moon’s phase to your Notification Center’s Today view.

The app features an image of the moon on the main screen. Above the image, you will see the date and the percentage of illumination that the moon will provide for the given night. 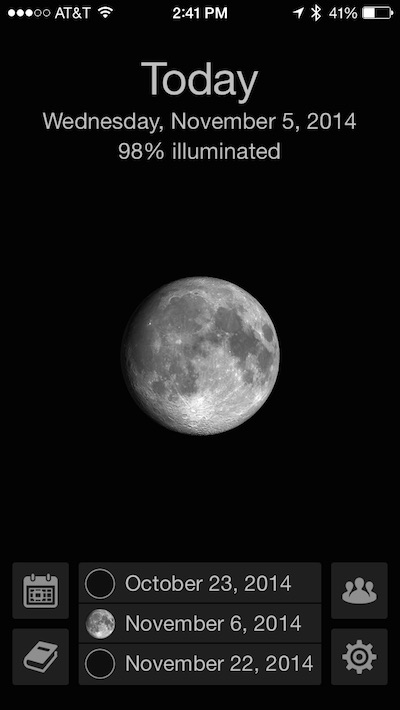 At the bottom of the screen, you’ll also see a quick view of when the upcoming new moon or full moon is scheduled. For example, the next new moon will appear on Nov. 22. The last new moon was on Oct. 23. The next full moon appears on Nov. 6.

If you want to be reminded of the next full or new moon, set a notification reminder via the Settings section. You can customize the reminder for the same day, one day before, or two days before. You can also select a specific tone, like wolf or moonlight, for the audio notification. 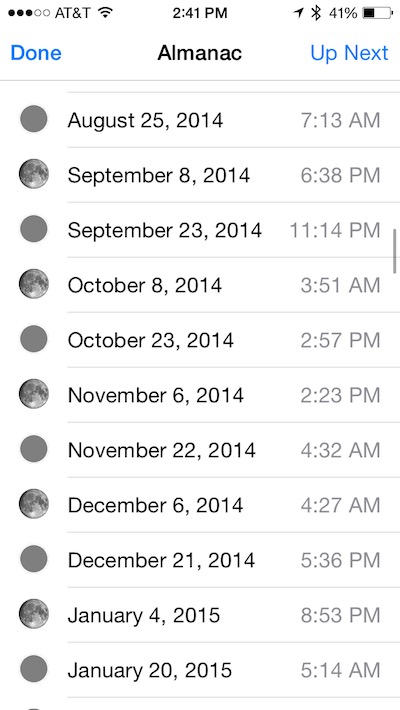 Speaking of notification, the app was recently updated with an iOS 8 widget that lets you see the moon’s phase right on your Today view. So, the next time your mom asks whether there is a full moon because people are acting crazy around her (true story), it will only take you a minute to tell her when to expect the next round of werewolf attacks.

Mooncast is normally priced at $0.99, but is temporarily on sale for free. It is available on the iPad, iPhone, and iPod touch. Download it in the App Store today.