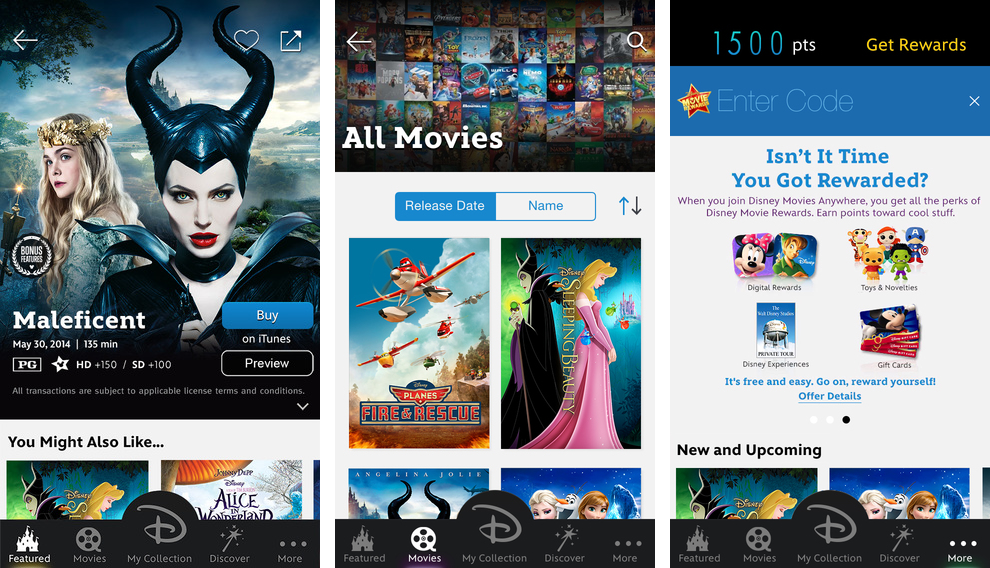 In a somewhat ironic twist of fate, Disney is helping blur the lines between Apple’s and Google’s respective ecosystems with Tuesday’s release of its Movies Anywhere app for Android, now available free of charge in the U.S. Google Play Store. That’s right, the app now lets folks buy and enjoy Disney content on both iOS and Android devices.

The movie-curating app debuted as an iOS exclusive in February 2014 with support for free streaming of any Disney, Pixar and Marvel content previously purchased from Apple’s iTunes Store. Any of the 450 Disney movies you bought using the app would immediately register as purchased inside the iTunes Store.

Now that Disney Movies Anywhere is available for both iOS and Android, not only can you watch your Disney movies across Apple’s and Google’s platforms, but also purchase any Disney, Pixar or Marvel Universe movie on Google Play and have it available on iOS and vice versa.

“We want to make it easy for movie fans to enjoy all of their past and future digital purchases across all of their devices,” says Google’s head of Google Play Movies partnerships Jonathan Zepp.

If you connect your Disney account to iTunes or Google Play, Disney will give you a free copy of “Wreck It Ralph” for a limited time.

There’s definitely more to this than meets the eye as Apple and Disney have been close partners for a long time now.

For starters Disney CEO Bob Iger has a seat on Apple’s board of directors. 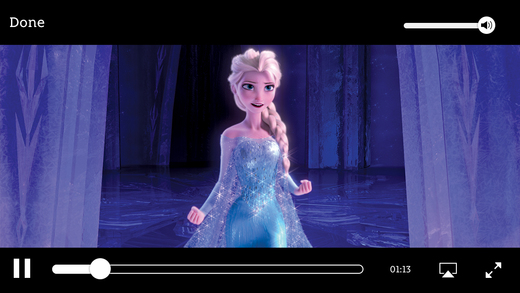 More importantly, late Apple CEO Steve Jobs sold his Pixar animation studio to Disney, earning himself a seat on Disney’s board along with the unofficial title of the largest individual shareholder at the Mickey Mouse house.

Disney also filed as the first Hollywood major to offer its content on the then new iTunes Movie Store, a move that gave other studios a pause and prompted them to relent and join the party.

At any rate, this is great news for us, the consumers.

As a result, I can’t take my purchased iTunes movies with me should I ever switch to Android. Unlike DRM-free iTunes music, movies purchased from the iTunes Store come wrapped with FairPlay, a copy-protection scheme that limits playback to up to five iOS devices and Mac and Windows PCs authorized with the same iTunes account.

Because there is no iTunes for Android and because Apple prohibits apps that remove FairPlay copy protection, my entire iTunes movie library worth hundreds of bucks is rendered completely useless on Android.

While I take no issue in not being able to run iPhone apps on Android, any digital content that’s not strictly software should be free of the clutches of DRM. There really is no logical reason why a song, a movie or a book should not play play anywhere once purchased digitally.

Disney Movies Anywhere is available free in the App Store.

The 34-megabyte app requires an iPhone, iPod touch or iPad with iOs 7.0 or later.