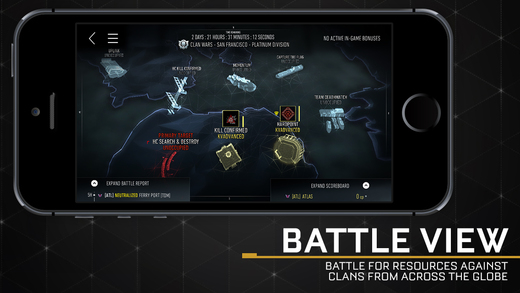 The official mobile companion app of Call of Duty: Advanced Warfare has been released in the App Store on Monday ahead of the game’s global release on consoles tomorrow, November 4.

Featuring Clan Wars, emblem editor and more, the companion app makes it easy to create and manage your clan, produce in-game player and clan emblems on mobile for the first time ever that sync with the console game and even participate in Clan Wars on your iPhone and iPad.

The app is available free of charge in the App Store.

After creating your own clan in the companion app, you can participate in 8-clan wars to receive in-game loot. Use your gained loot to customize your operator in Advanced Warfare Multiplayer.

“Clan War loot is a signal to your opponent in any match that you and your clan are a cut above,” says Sledgehammer Games.

Here’s the demo video of the app.

The app is available for iOS, Android, Windows and Kindle devices.

The highly anticipated Call of Duty: Advanced Warfare launches tomorrow on the PlayStation, Xbox and Windows. Players can pre-order the Day Zero Edition now and get up to 24 hours early access.

Check out the console game trailer below.

Framed as new vision for the blockbuster Call of Duty franchise, Advanced Warfare takes place in a not-so-distant future devastated by a global attack. A private military corporation dubbed Atlas becomes a superpower for hire.

You’re Jack Mitchell, a highly trained operative on a mission to restore world order. Your character wears an advanced exoskeleton which carries over into multiplayer, too, where an all-new movement system changes the way players traverse the terrain. 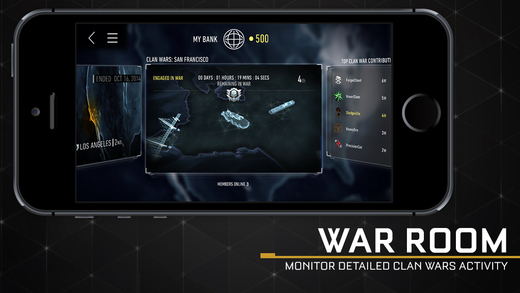 Your operative earns new gear and weapons through in-game supply drops. You can chain actions like jump, dodge, and dash together and customize your character using new abilities and armaments in the revamped Create-a-Class feature.

Features of the companion iOS app include:

The 95.9-megabyte download requires an iPhone, iPod touch or iPad with iOS 7.0 or later.