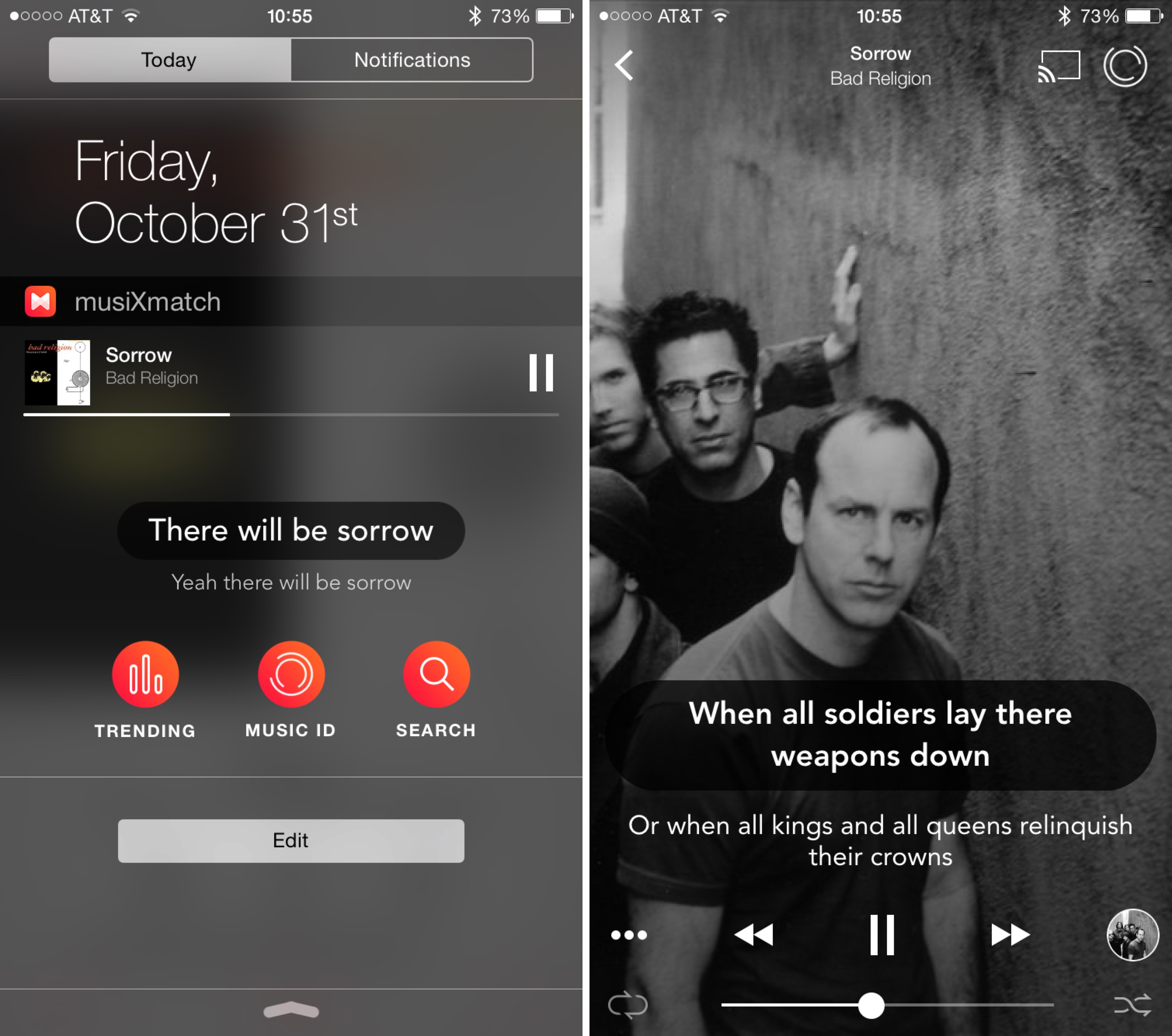 MusiXmatch isn’t a new application by any means, although I must admit I had never heard of it until this past week when I read about it on French blog iGen. The app has been around for quite some time but it was recently updated to bring its lyrics engine to Notification Center, where it displays the lyrics of your currently playing songs so you can sing along or just try to finally understand what the heck this song is all about once for all.

Assuming you have an internet connection, musiXmatch allows you to have direct access to the exact lyrics that are being sung in virtually any song in your library. This works from the musiXmatch app, or from its Notification Center widget.

Some of you are probably already rushing to the comments to argue that this isn’t new, and you’re right, but I’m still hoping you’ll resist the urge to do that because it doesn’t really matter whether this is new or not. What matters is that the app works great at what it does.

I was able to successfully be served the lyrics of pretty much everything I played, from Bad Religion to the more popular Imagine Dragons. Only more obscure bands like Asian Dub Foundation or STRFKR wouldn’t return any lyrics.

What’s great about this is that you don’t necessarily need to use the musiXmatch app at all. Just add its widget to the Today tab of Notification Center, and start playing your songs from the Music app. The lyrics will show up right in Notification Center and the words will appear as they are sung in the song, kinda like karaoke. Unfortunately, it doesn’t work with music streaming apps such as Spotify.

Speaking of karaoke, the app has a “sing along” mode where you can turn down the vocals volume and sing over the music track. I actually found myself spending more time than I would have thought just singing along some of my favorite tunes.

MusiXmatch does much more than what I just mentioned here but the Notification Center widget is by far my favorite feature of this app. If you want to give it a try, you can download musiXmatch in the App Store for free.