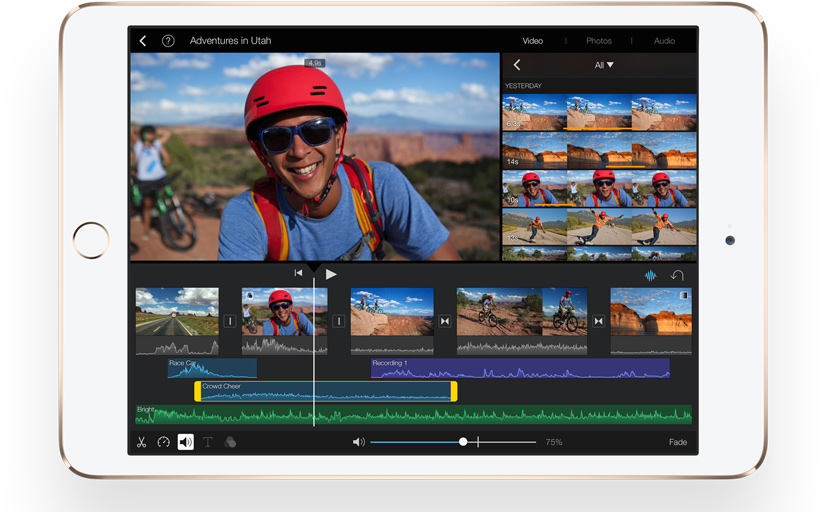 Apple has posted updates for a number of its iOS apps today including Beats Music, iWork suite and more. Most of the releases are fairly insignificant, with only ‘minor stability and performance improvements’ listed in their change logs, but iMovie got some extra attention.

In addition to ‘performance and stability improvements,’ iMovie for iOS received support for iCloud Photo Library and the ability to share videos with iCloud Photo Sharing. Apple also says that it has resolved the issue that occurred when rotating a device in landscape mode.

Introduced in iOS 8.1 as a beta service, iCloud Photo Library allows users to store all of the photos and videos that they take with an iPhone or iPad in iCloud. It then syncs that media across all of the user’s iOS and Mac devices, making the files available on demand at all times.

If you’ve never used iCloud Photo Library before, you can enable it on your iOS 8 device by opening the Settings app, and navigating to the Photos & Camera menu (note that it does count against your iCloud storage). You can find the latest version of iMovie in the App Store.