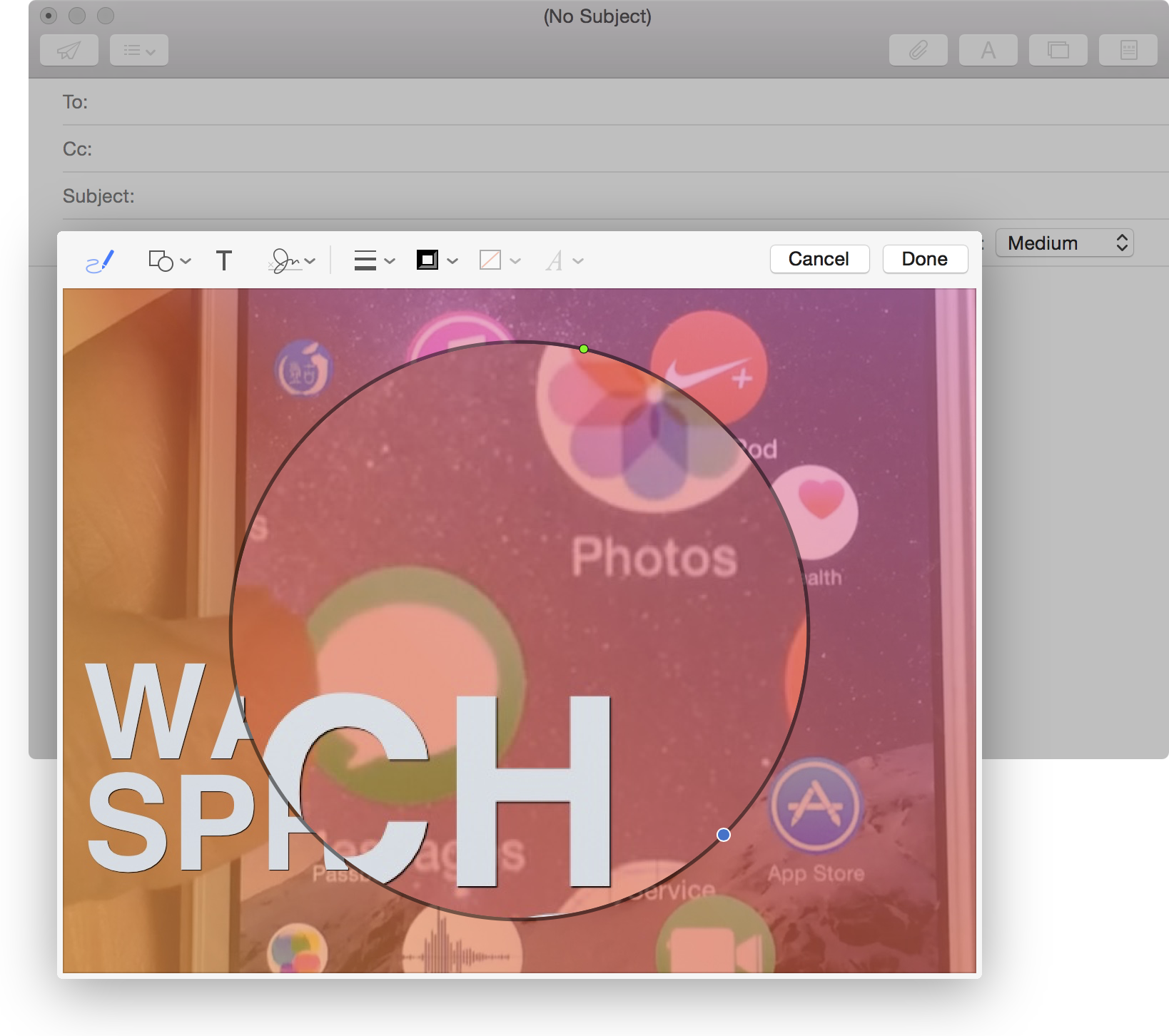 It is now possible to annotate image attachments in the Mail app on the fly. In previous versions of OS X, you had to go through the time-consuming exercise of opening the image in some sort of editor, perhaps Preview, annotating the image, attaching it to your email, then sending.

With OS X Yosemite, you can annotate the image while the image is attached to the email. This is done via Markup—a new default extension available within Mail. Look inside to see our video walkthrough, which showcases this awesome new OS X Yosemite feature.

To use Markup, attach an image to an email, and click the down arrow button in the upper right-hand corner of the attached image. This will make the Markup interface appear, which is basically an extension of Apple’s Preview app. From there, you can draw on an image, write on an image, and perform other basic annotation functions.

If you send lots of attachments and collaborate regularly with team members, the Markup extension can quickly;y become a vital part of your daily workflow. What are your thoughts on Apple’s new Mail extension?