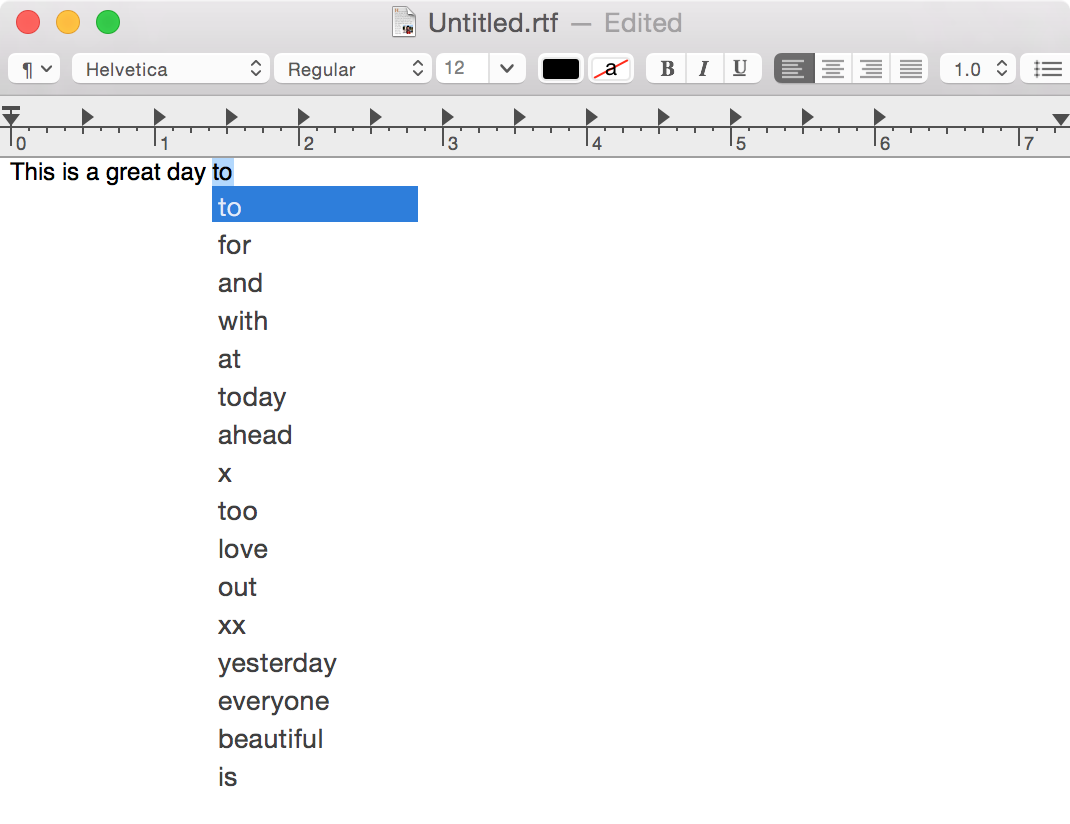 The QuickType predictive text functionality found in iOS 8 would be hard to mimic on a desktop interface that uses a physical keyboard, but Apple has come up with a good way to suggest words that you may want to type next in OS X Yosemite. Check out our video walkthrough after the break and see how.

Unfortunately, the scope of this feature is very limited. It only works in select apps, such as the Text Edit app. Nevertheless, it’s nice to know that such a feature exists, even if you probably won’t remember to use it, or if it doesn’t work with your text editing app of choice.

What do you think about predictive text in OS X Yosemite? It’s a little half-baked, wouldn’t you agree?