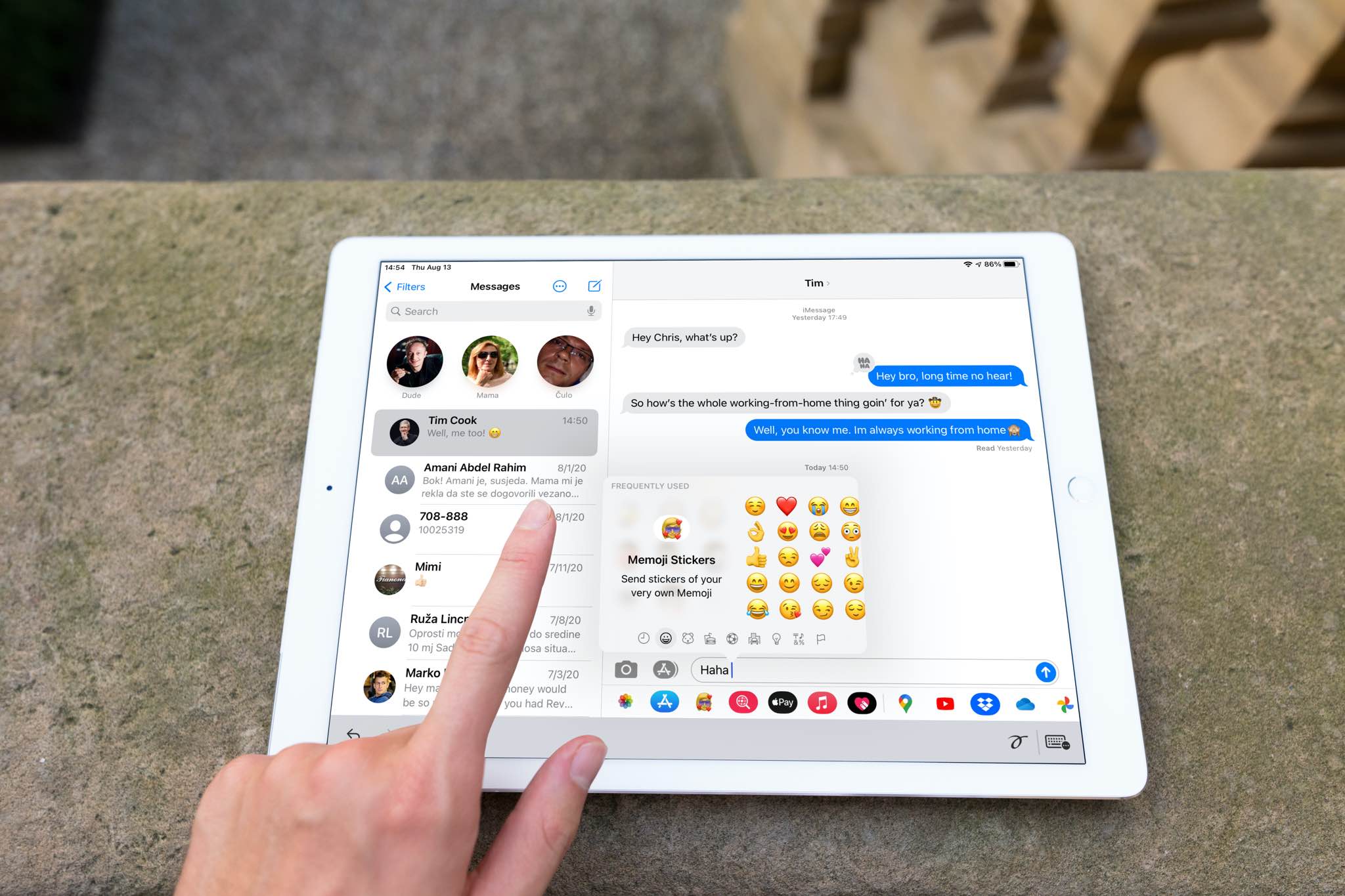 iOS 14 brings a much-needed emoji search feature to the iPhone. And with iPadOS 14, you get a new way to enter emoji when a hardware keyboard is connected to your Apple tablet. Follow along with our tutorial to learn how to invoke and use the iPad emoji popover.

This is a great feature for those times when you’re using an external iPad keyboard. Though some iPad keyboards from Apple sport a dedicated Globe key, many third-party ones do not. With the iPad emoji popover, you can enter emoji without having to use the Globe menu.

So how do you find emoji fast when using a hardware keyboard with your Apple tablet? Follow along with our quick tutorial for details on using the new iPad emoji popover in iPadOS 14.

How to use iPad emoji popover

Follow these steps to bring up the iPad emoji popover.

Unfortunately, the popover won’t persist to let you enter multiple emoji at once.

On the upside, at least you can now choose emoji from a smaller menu without that full-size emoji software keyboard interfering with your work.

Wouldn’t it be great if there were a dedicated keyboard combination for the Emoji keyboard?

How to use Emoji keyboard shortcuts

As it turns out, in iOS 14 and iPadOS 14 there is. Simply press the following keys simultaneously on your external iPad keyboard:

This will immediately activate the system Emoji keyboard (it works in macOS, too!).

Like before, you can also hit the virtual Globe key on the stock iOS keyboard to cycle through your installed software keyboards. Better yet, hold the Globe key and slide to a desired keyboard like Emoji in the popup menu, then let go. If you happen to be using one of Apple’s iPad keyboards, you can instead press a physical Globe key as well, just like before.

TUTORIAL: How to insert emoji anywhere with a simple Mac keyboard shortcut

However, many third-party keyboards for the iPad lack a dedicated Globe key. So, what do you do? In that case, simply press the following combination on your external keyboard:

Doing so simulates the Globe key: you get the same popup listing all of the iOS software keyboards that you’ve added to your iPad. And check out this tip: Hitting the Space key repeatedly while holding the Control key cycles through the keyboards listed in the menu.

These are all pretty awesome tips for those situations when you must switch to a different keyboard layout but are using a hardware keyboard without a dedicated Globe key.

The iPad emoji popover only works if a physical external keyboard is connected to your tablet. This handy menu is unavailable when using a software keyboard, be it first or third-party.

I wish this handy feature provided some additional options. For example, the handy emoji search feature from the iPhone is nowhere to be found here. And the same goes for marking emoji as favorite. Curiously, both of these features are supported in the emoji popover on Mac.

TUTORIAL: How to know what an emoji means on your Mac

This awesome new feature lacks some options versus emoji search on the Mac, however. As an example, you cannot set a specific emoji character as your favorite.

iOS 14 brings a handy emoji search feature to the iPhone and iPod touch, making finding the perfect emoji for the moment a breeze. Simply switch to the system Emoji keyboard when using an app that accepts text, such as Messages or Notes.

You can type common phrases in that field, such as “sad” or “happy” or “smiley face” or some such to instantly see matching emoji in a scrollable list. No matter how you look at it, this is way more helpful versus scrolling through a seemingly endless list of emoji like an animal.

Other emoji features in iOS and iPadOS 14

iOS 13, iPadOS 14 and macOS Big Sur also let you use emoji in more places than before. In the Messages app, you can personalize a group chat photo with an appropriate emoji. 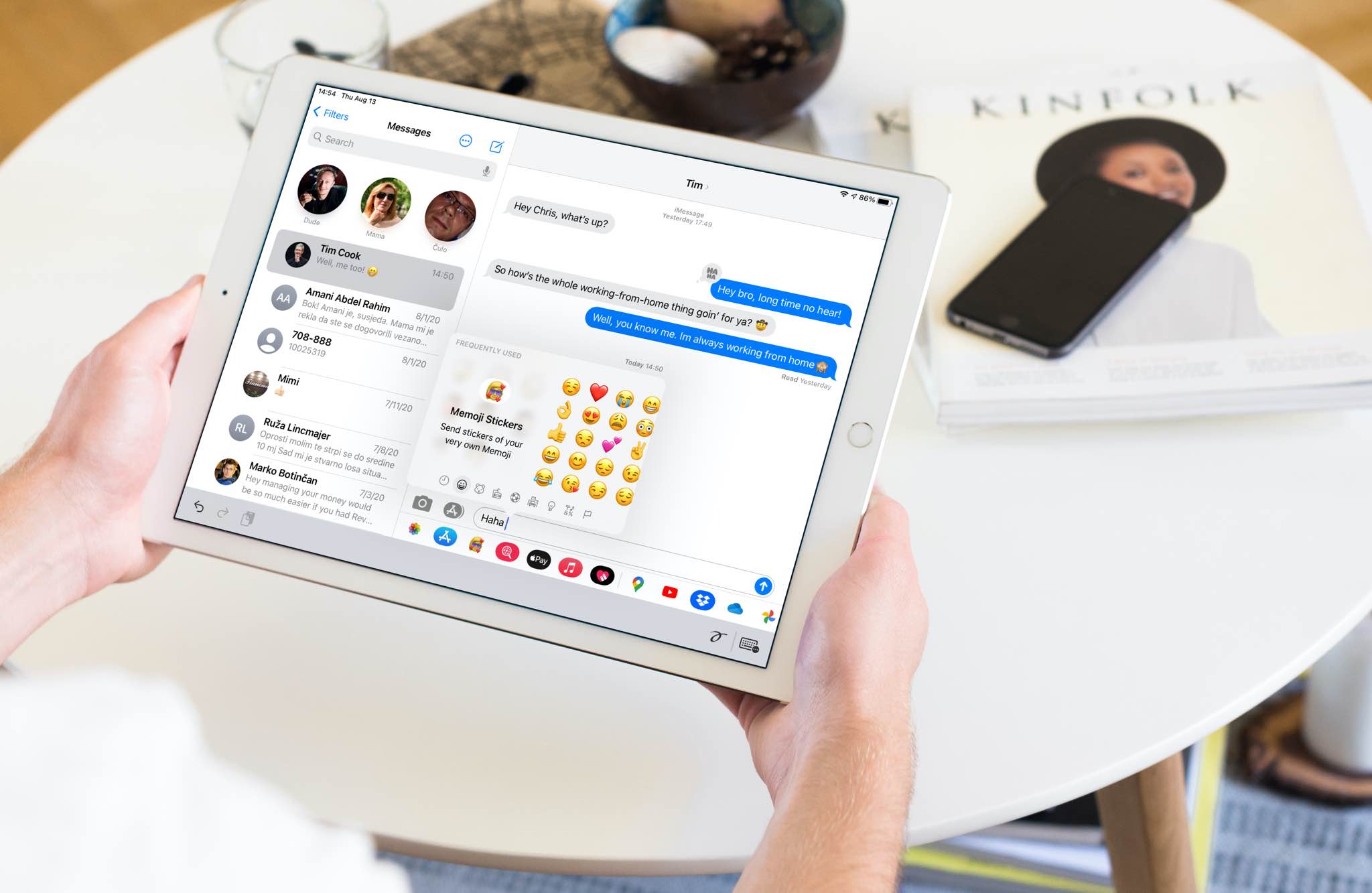 In Reminders, lists can be personalized with emoji. And if you use Memoji, you’ll like that iOS 14, iPadOS 14 and macOS Big Sur allow you to put a face covering on your Memoji.

After iOS 14, iPadOS 14, macOS 11 Big Sur and watchOS 7 release publicly this fall, one of the subsequent point updates will bring additional emoji. According to Apple’s preview of these new emoji, we’ll see the addition of a ninja, lungs, bubble tea, a beaver and much more.

The upcoming emoji additions are all part of the major Emoji 13.0 release, approved by the Unicode organization. Aside from Apple, other major tech giants like Google and Microsoft may create their own designs for the emoji approved in the latest batch release.