Earlier this week, Apple seeded a third beta of iOS 10 (build number “14T5296d”) to its developers who are registered with the Apple Developer Program.

Although the software is light on new outward-facing user features, it still contains some noteworthy fixes along with improvements for Siri, ‘Made for iOS’ game controllers, the Music app and other aspects of the operating system.

We went ahead and asked our video editor Andrew O’Hara to spend some hands-on time with tvOS 10 beta 3 and capture his impressions on video.

Here’s what Andrew had to say about beta 3.

Before we get to it, let me point you to our video walkthroughs of the changes, fixes and new features found in iOS 10 beta 3, watchOS 3 beta 3 and macOS Sierra beta 3.

Our own Andrew O’Hara has created this short and sweet video to show you guys all of the fixes, changes and tweaks found in the third beta of tvOS 10. The clip runs two minutes and 13 seconds long, give it a quick watch right below.

Don’t see the video? Watch it on YouTube and don’t forget to subscribe to iDownloadBlog on YouTube on your way out to get a constant stream of videos from the iDB team.

Aside from bug fixes and general developer-focused updates, the third beta of tvOS 10 contains a few smaller outward-facing changes, including expanded Siri capabilities when it comes to liking songs and enabling Dark/Light mode, some new abilities for the Music app and more.

tvOS 10 brings a dark background mode which makes watching TV at home feel more like going to the movies. In beta 3, Siri can now enable or disable Dark Mode on your behalf. 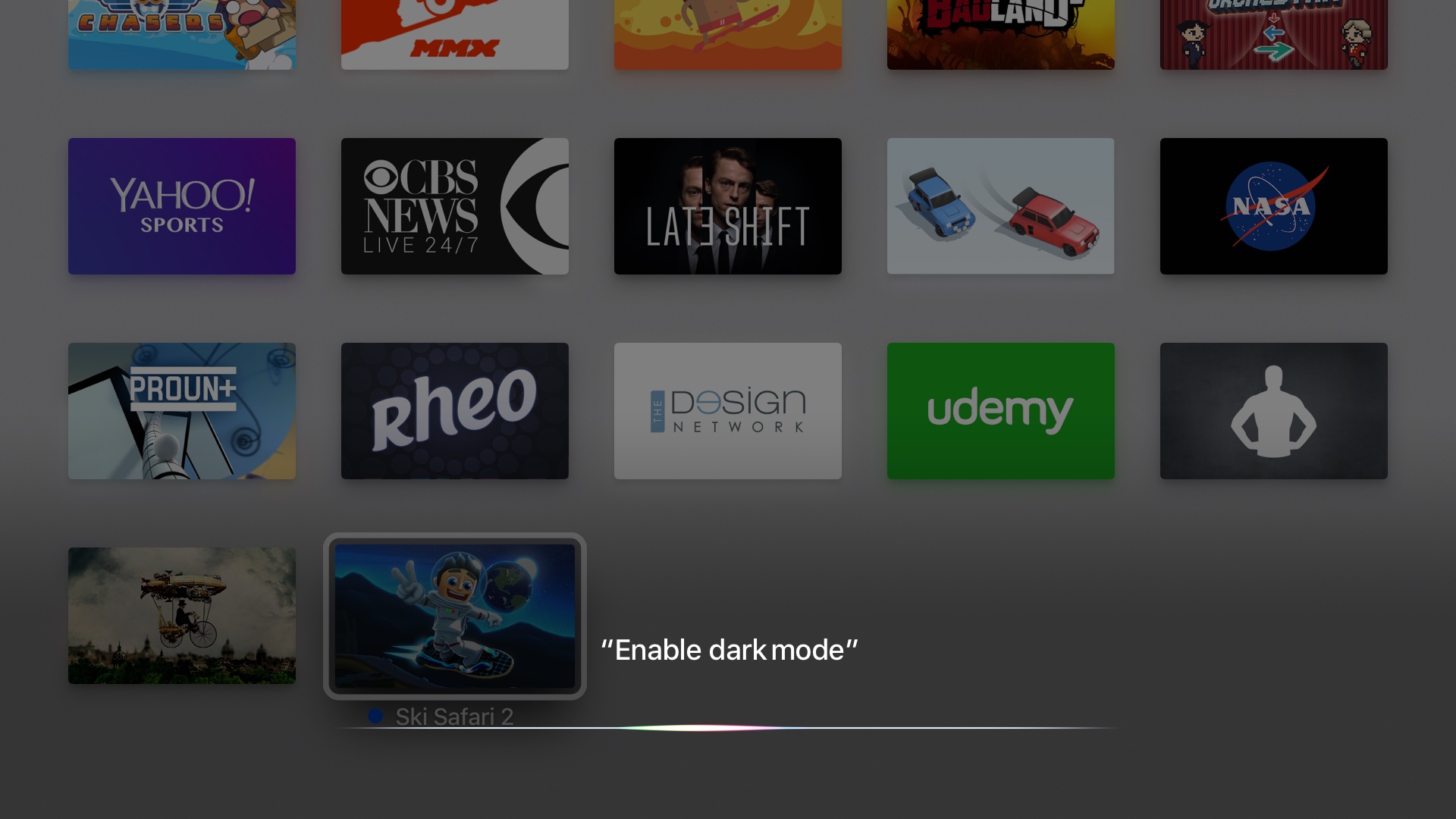 Simply say something along the lines of ”Enable Dark Mode” and just like that—the look and feel of your Home screen changes in an instant. 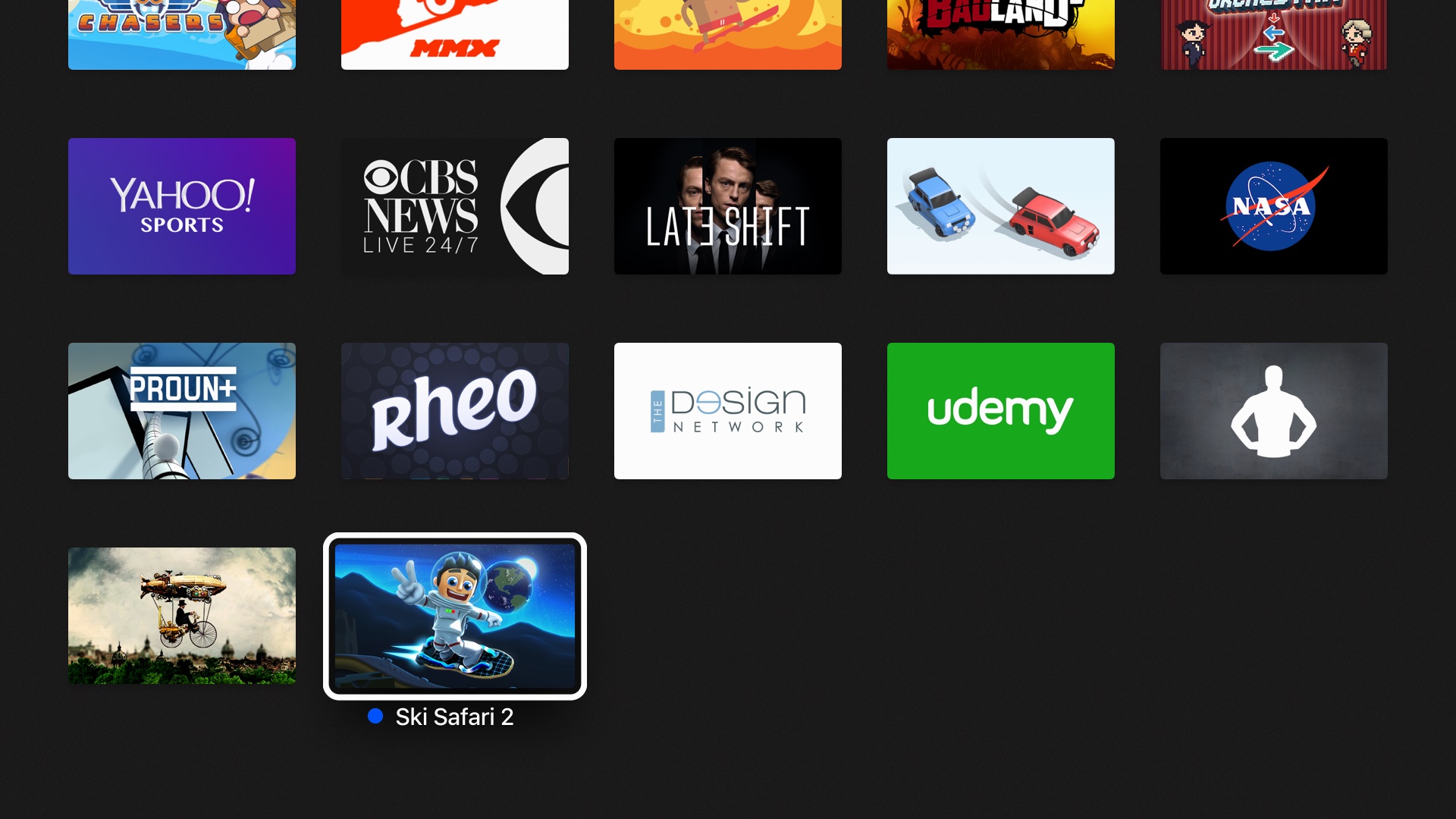 If Dark Mode is already enabled and you’d like to revert to the light Home screen background to make posters and icons pop, no problem—just ask Siri to please ”enable Light Mode”. 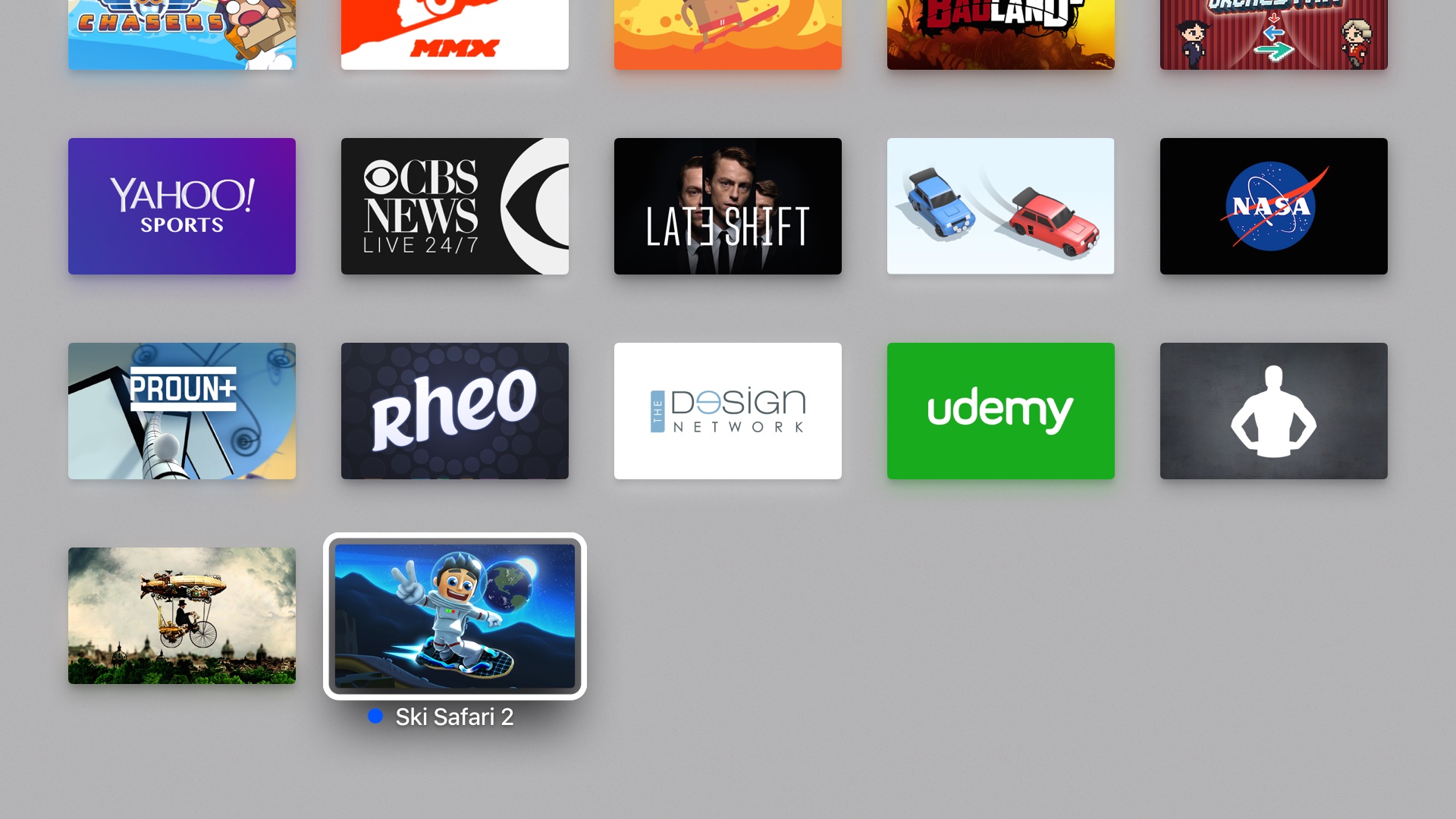 Other Siri enhancements in beta 3 include liking or disliking a song, as detailed below.

The third beta enables the ability for Siri to save your ‘like’ or ‘dislike’ for the currently playing song. After playing a song or Apple Music track in the Music app, you can like it by pressing the Siri button on the Siri Remote and tell something like, “I like this song”. 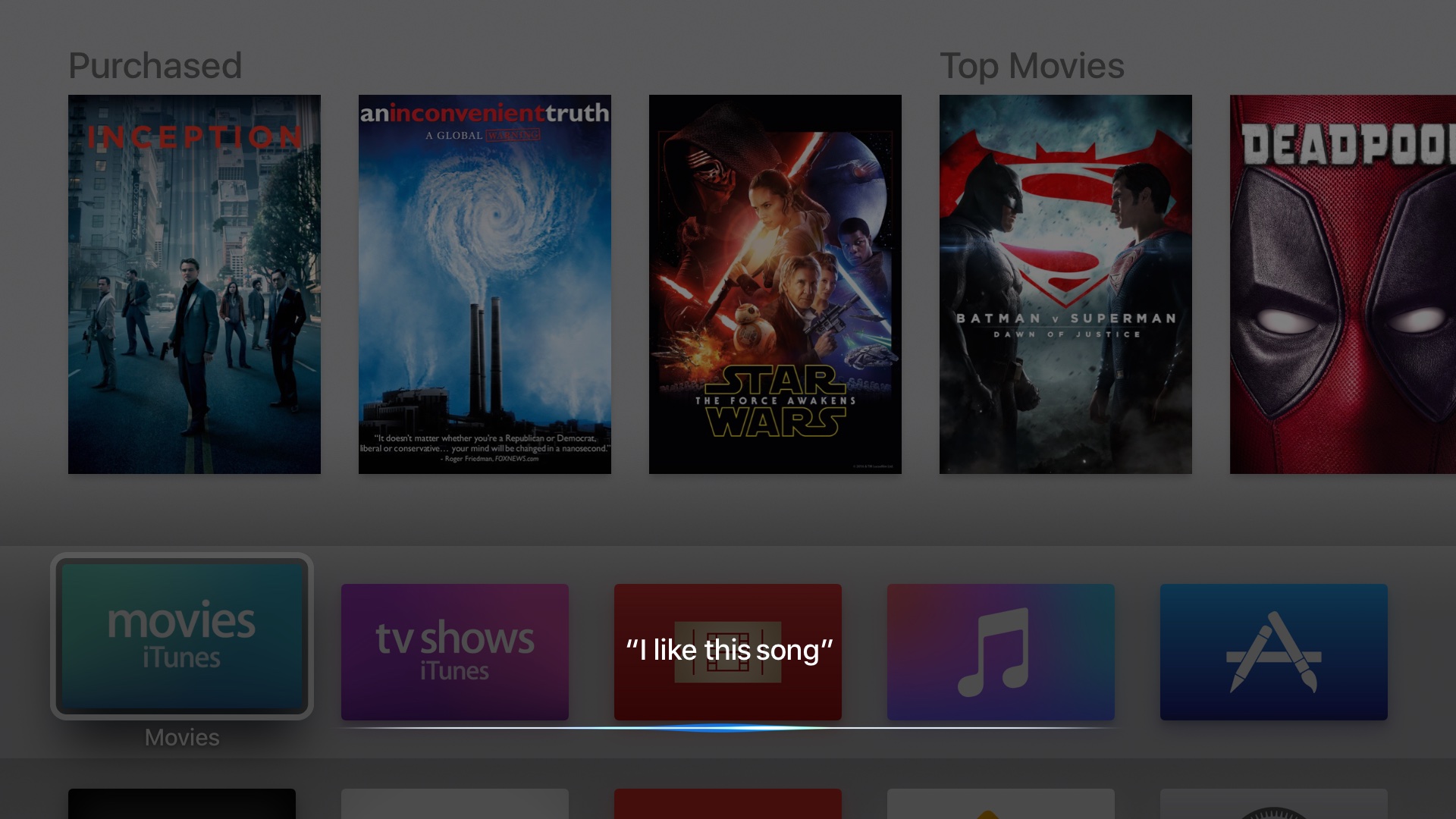 Siri’s response acknowledges that your ‘like’ has been memorized for the future. 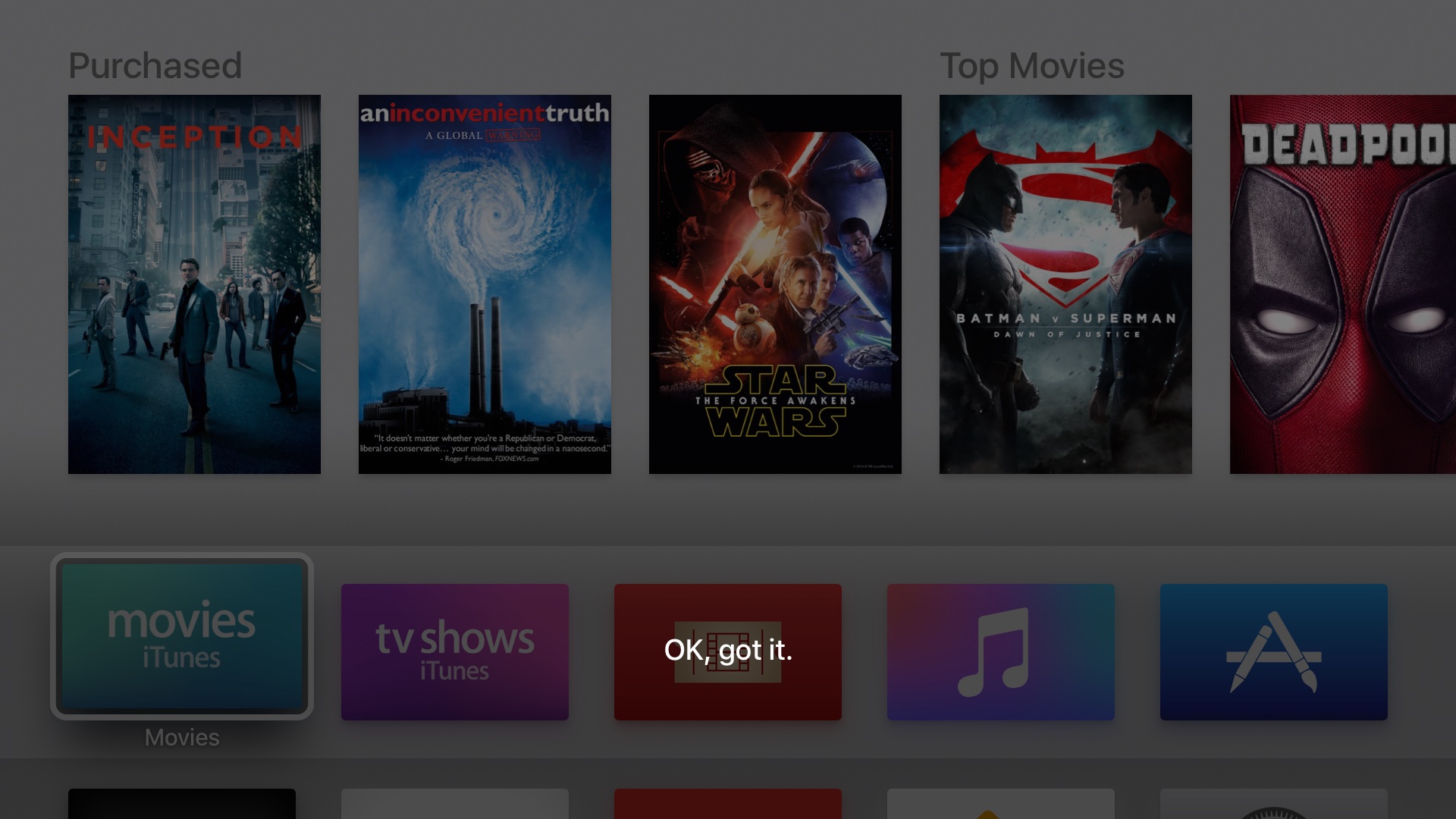 Conversely, disliking a song is as easy as invoking Siri through the Siri Remote or the new Remote app and saying, “I don’t like this song” or something along those lines. 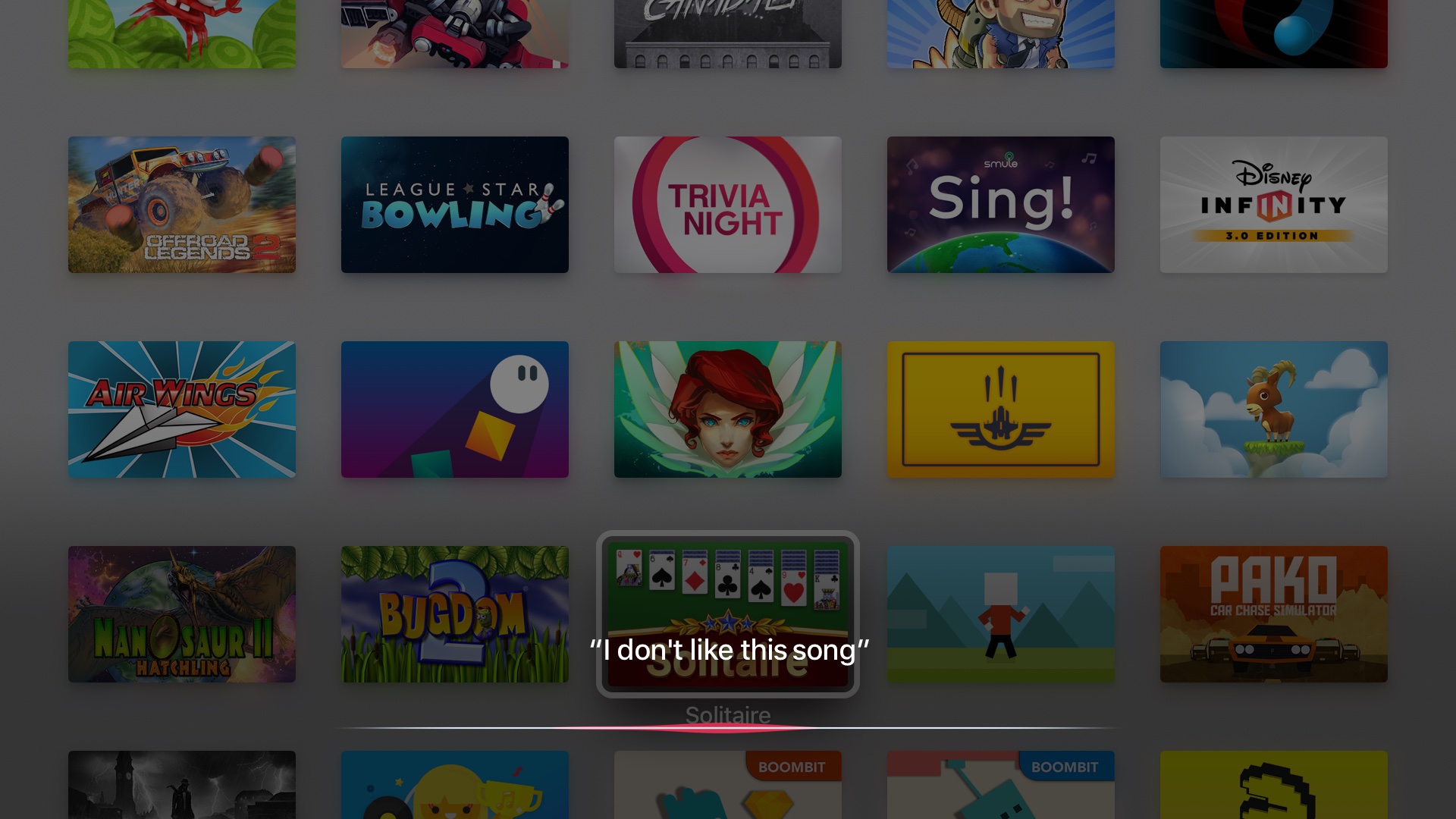 I went ahead and did just did, receiving one of Siri’s witty responses—she said, “I was starting to think I was the only one.” 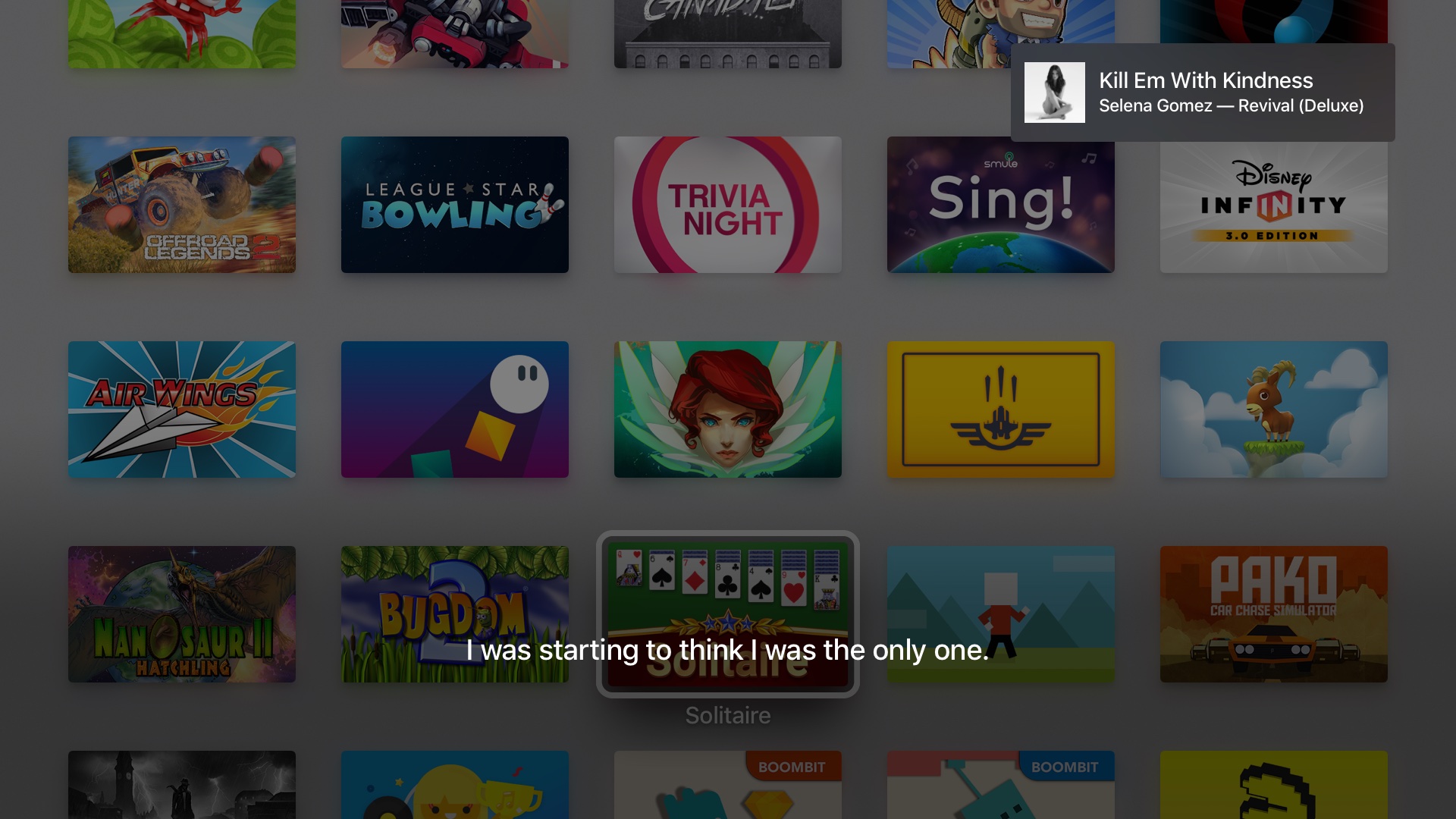 Siri can also pull up the Now Playing screen at your command. This feature was part of beta 2 and was inexplicably removed from beta 2 before making a comeback in beta 3. 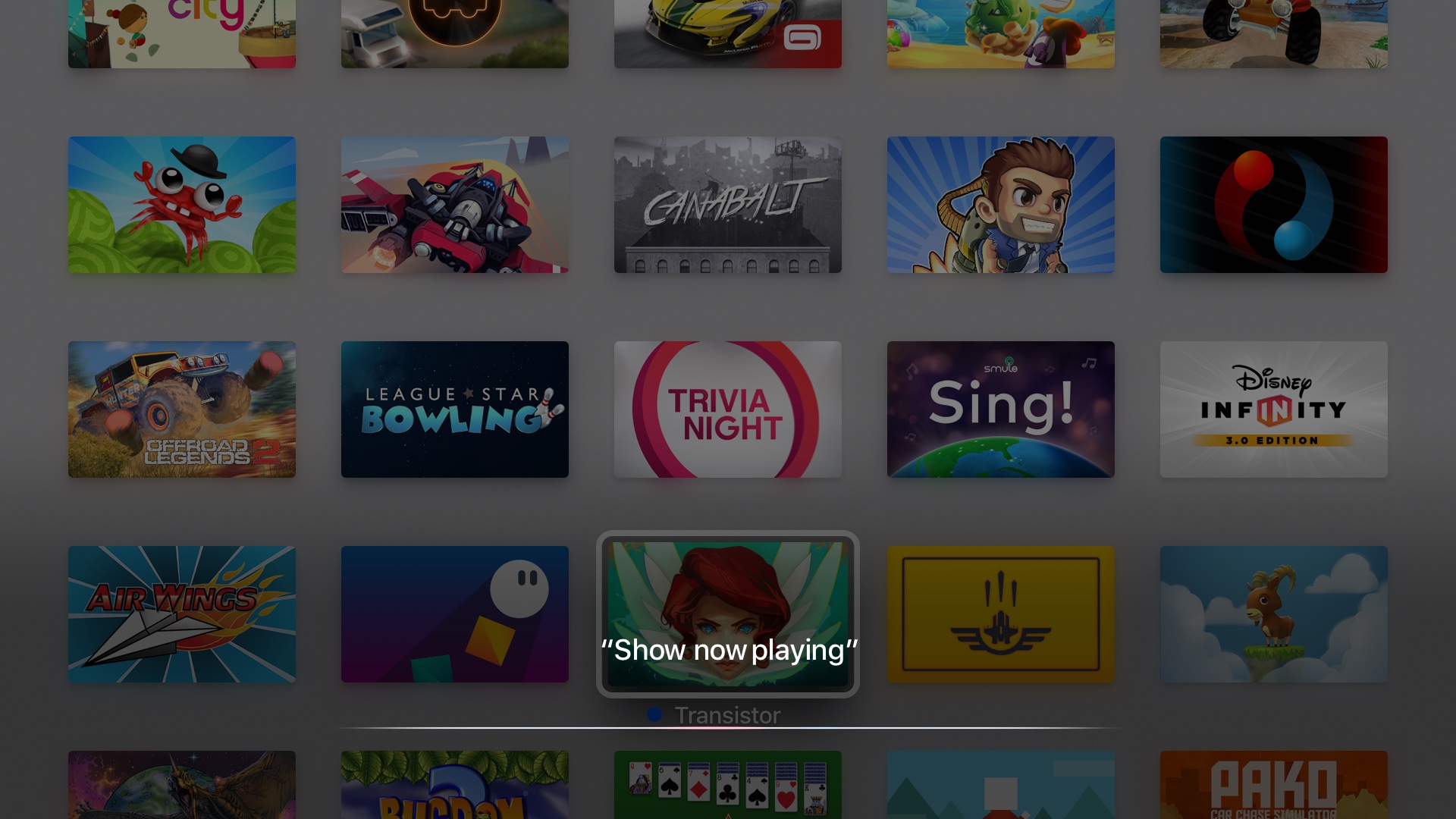 While a song is playing in the background on your Apple TV, simply tell Siri to ”Show Now Playing” and she’ll take you there right away. 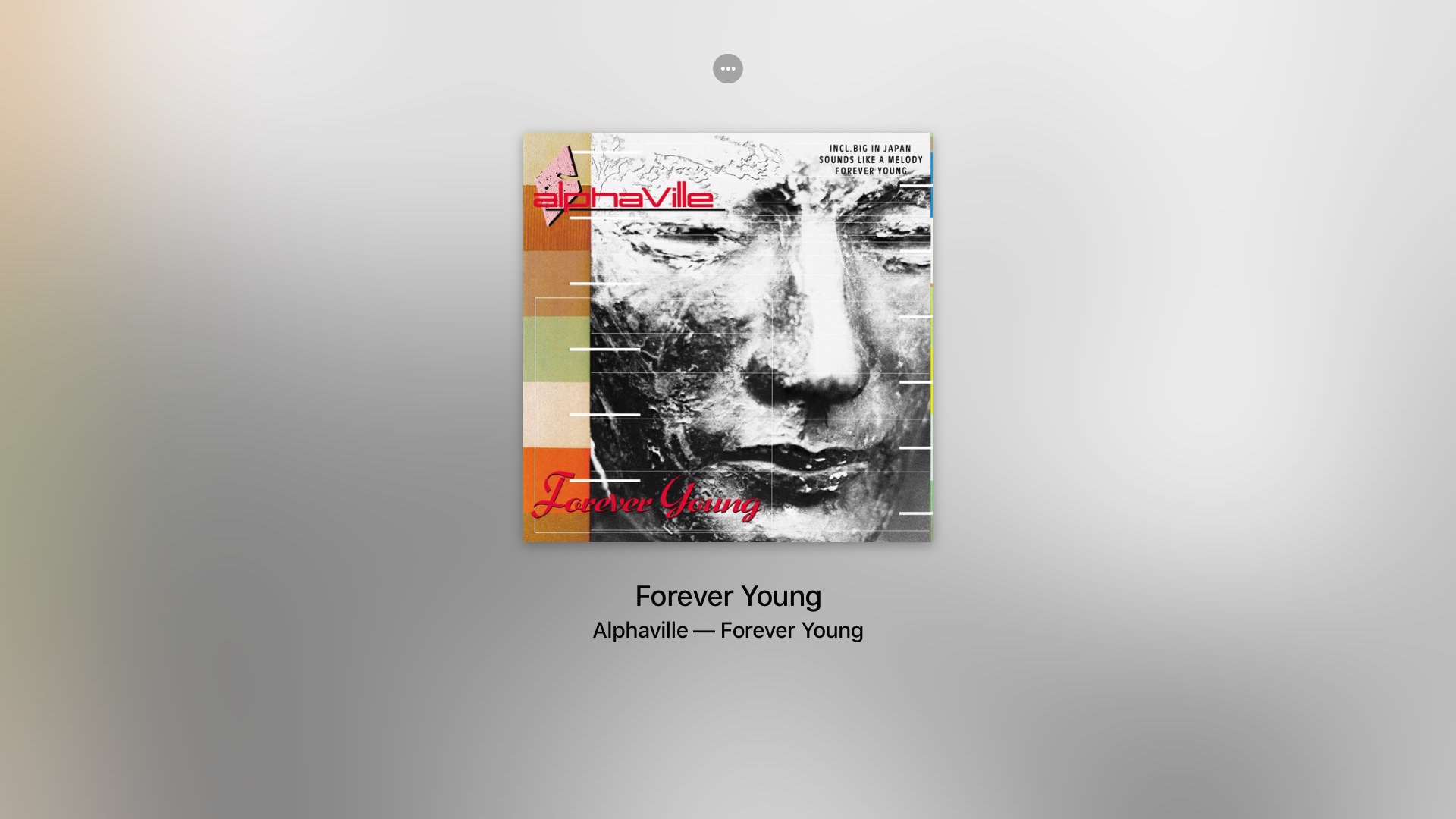 Now, let’s take a look at what’s new for the Music app in beta 3.

In addition to getting to the Now Playing screen and liking/disliking a song through Siri, the Music app on beta 3 contains some much-needed fixes: artist pages on Apple Music now load properly (select Go to Artist in the menu) and song playback now functions when accessing songs from the Go to Album feature.

And last but not least, songs played on Beats 1 can now be added to your existing playlists. While listening to Beats 1 in the Music app, swipe up on the Touch surface to highlight an icon at the top of the Now Playing screen resembling three dots inside a circle. 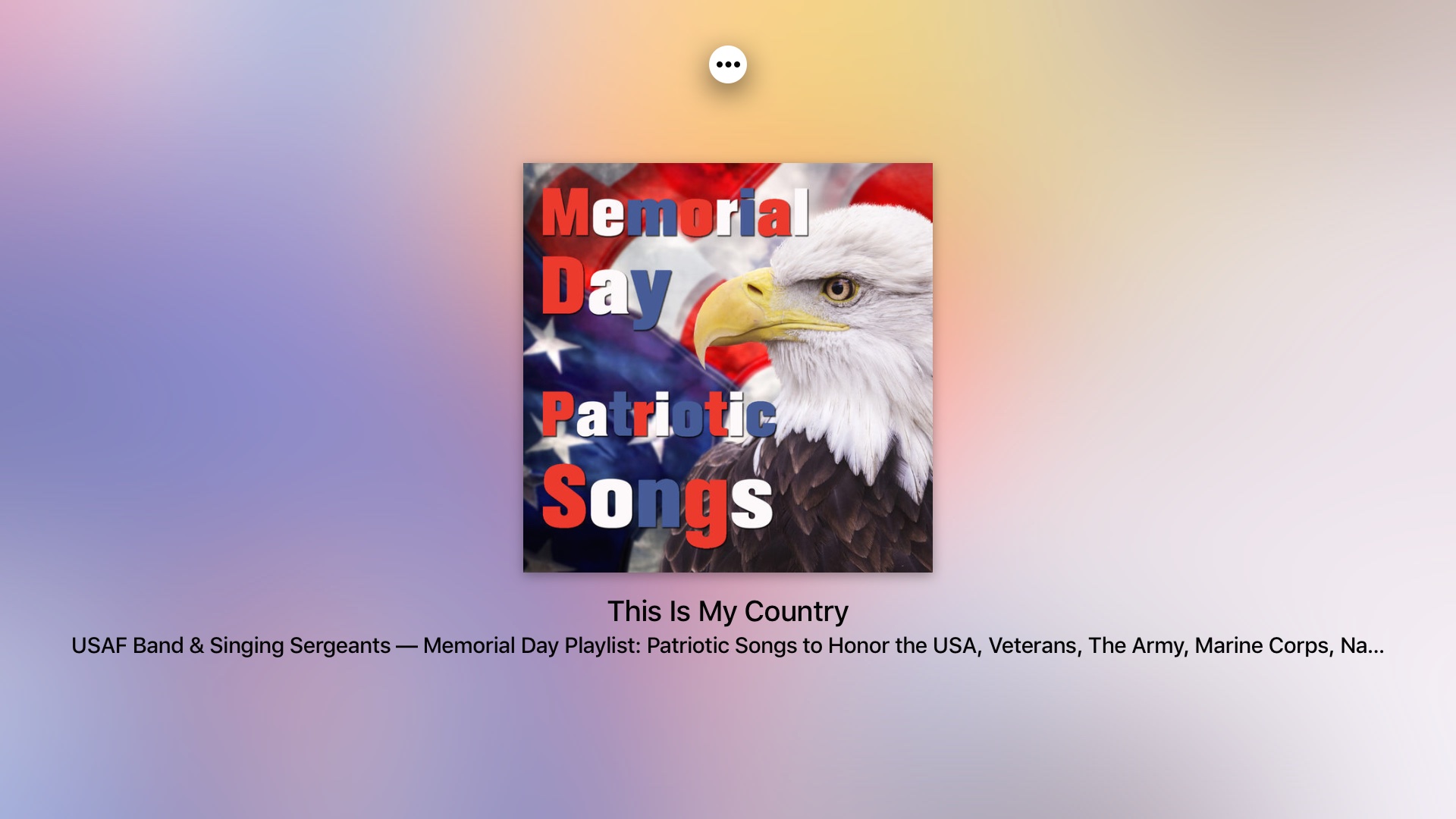 Now click the Touch surface and choose Add To Playlist on the popup menu. 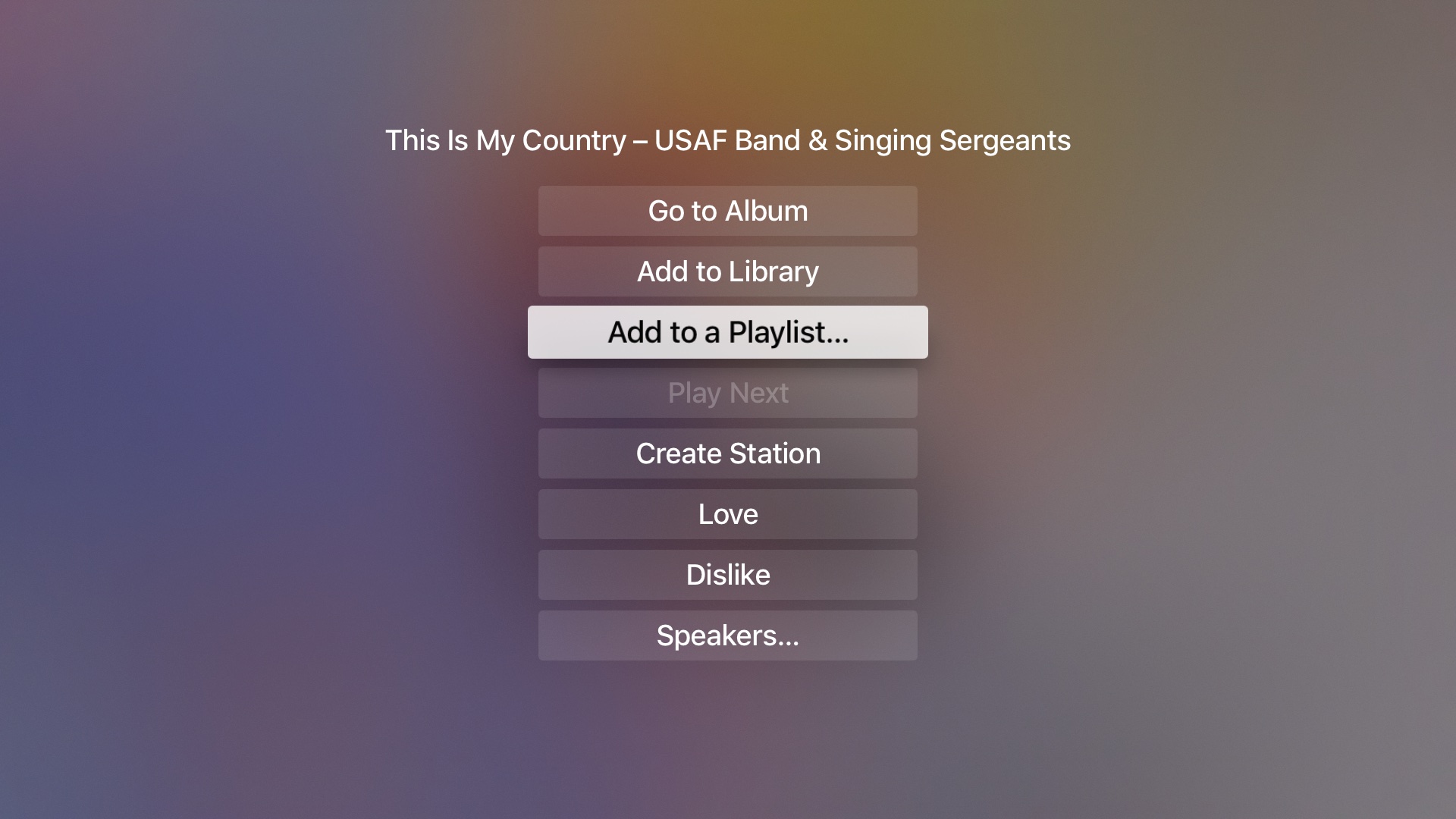 Another menu pops up, listing all your custom-created playlists. Simply select one you’d like the Beats 1 song to add to, then click the Touch surface. By the way, to prevent Apple Music songs added to one of your existing playlists from also being added to My Music, set Add Playlist Songs to My Music to “Off” in Settings → Apps → Music. 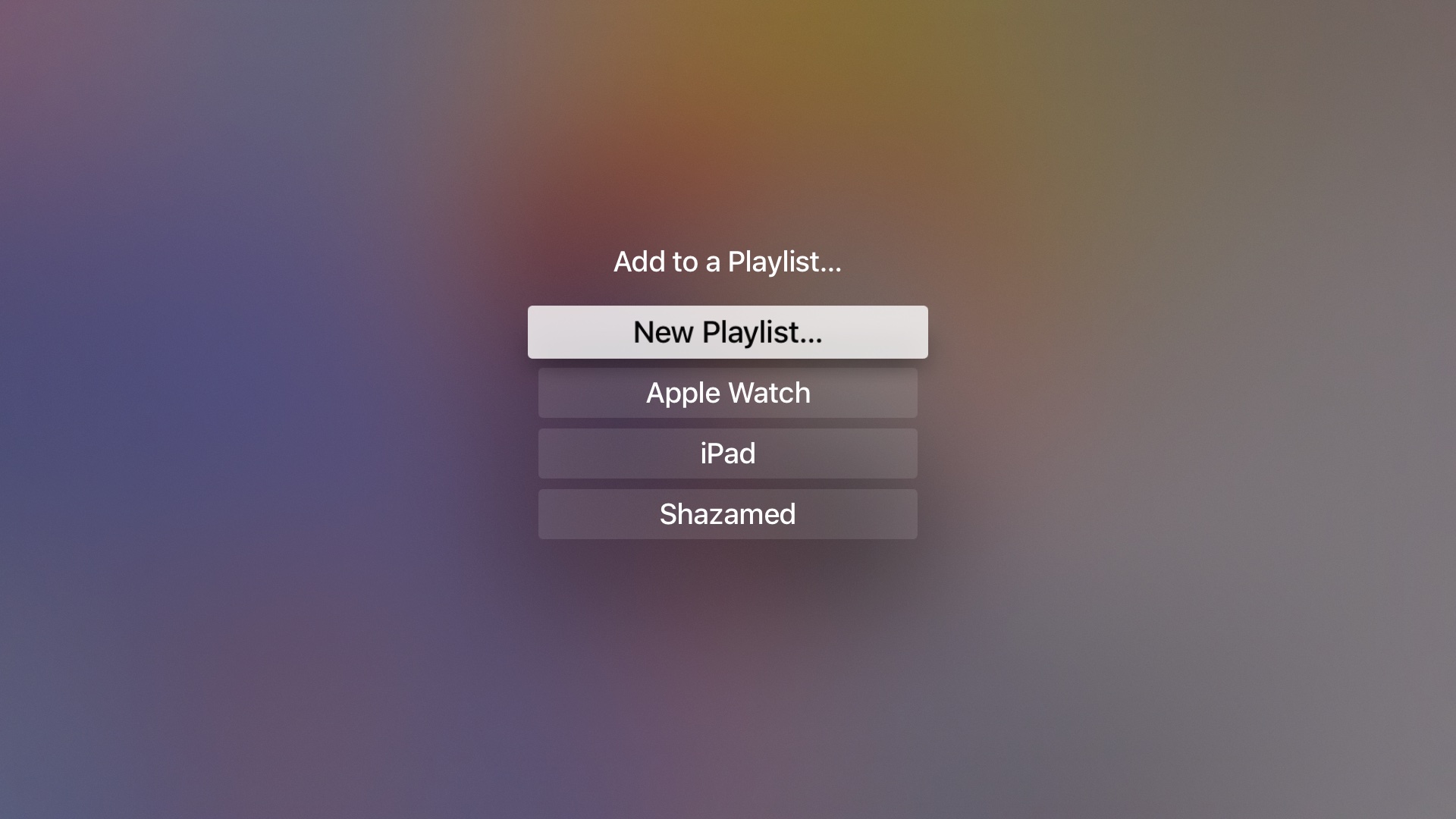 Sadly, Siri currently cannot add a song to a playlist on your behalf, not on the Apple TV nor any other Apple device. I tried asking Siri to ”Add this song to my playlist [PLAYLIST NAME],” to no effect. 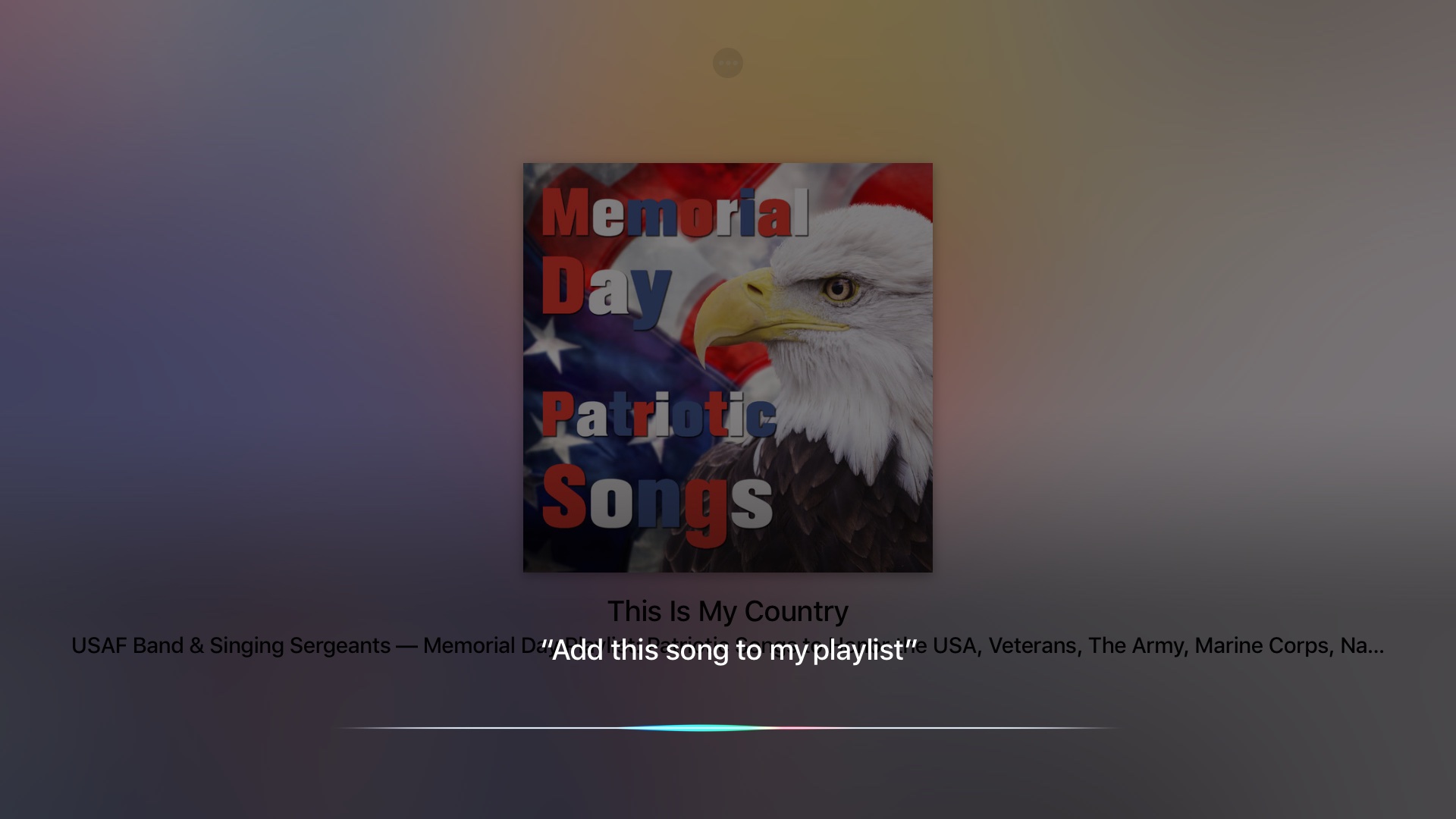 And that, ladies and gents, completes our roundup of changes in tvOS 10 beta 3. For the complete overview of fixes in this release, check out the Apple-provided changelog in the following section.

The following has been changed or fixed in tvOS 10 beta 3:

For other notes and known issues in the third beta, see Apple’s release notes.

When the first developer-only beta of tvOS 10 dropped following the WWDC 2016 keynote, we installed it on our fourth-generation Apple TVs to discover new features. As it turns out, tvOS 10 does bring some newsworthy enhancements to the living room experience, including the following items:

tvOS 10 will also support a number of developer-focused features that will permit programmers to enhance their Apple TV apps with an expanded arsenal of APIs to make their apps better and more useful than before. For instance, tvOS 10 games can now finally support four ‘Made for iOS’ game controllers simultaneously and are no longer required to support the Siri Remote.

We’ve previewed many aspects of Apple’s upcoming software updates to give you a better feel for any major new features and little things that should delight you.

Additional previews will be added to these lists as they’re published. Submit your suggestions for future coverage at tips@idownloadblog.com. We’ll take any reasonable suggestions into consideration.

The tvOS developer preview is available immediately for Apple Developer Program members at developer.apple.com. Apple currently does not provide public betas of tvOS. tvOS 10 will be available this fall as a free software update for the fourth-generation Apple TV.

Discovered other tweaks in beta 3?

If you’ve happened to discover fixes, tweaks and improvements in tvOS 10 beta 3 not mentioned in Andrew’s video or this article, post them in comments or email us at tips@iDownloadBlog.com and we’ll update the article with any new information.