Apple this morning released a third beta of iOS 10 for the iPhone, iPad and iPod touch. The latest build is available right now to developers registered with Apple Developer Program and public beta testers signed on Apple Beta Software Program. Like prior iOS 10 beta releases, beta 3 packs in about a dozen or so tweaks, refinements and some new features. Without further ado, here’s our overview of everything new in iOS 10 beta 3.

Our resident video editor and gadgets reviewer, Andrew O’Hara, put together this nicely done video overview of the changes we’ve discovered thus far. Have a look at it below—it runs just four minutes and seven seconds long—or save it for later if you lack the time right now to sit through the whole thing.

A more exhaustive overview of the changes in iOS 10 beta 3 follows below.

As you know, in iOS 9 and older iOS versions enabling Lock screen access for Messages in Settings → Notifications lets you slide incoming text alerts on your Lock screen in order to reveal a Reply option to quickly type out your response.

Now, a lot of fuss has been made regarding the fact that prior iOS 10 betas let anyone press a Messages notification on the Lock screen with 3D Touch, or pull down on it, which gave them access to the entire conversation thread rather than a single text. 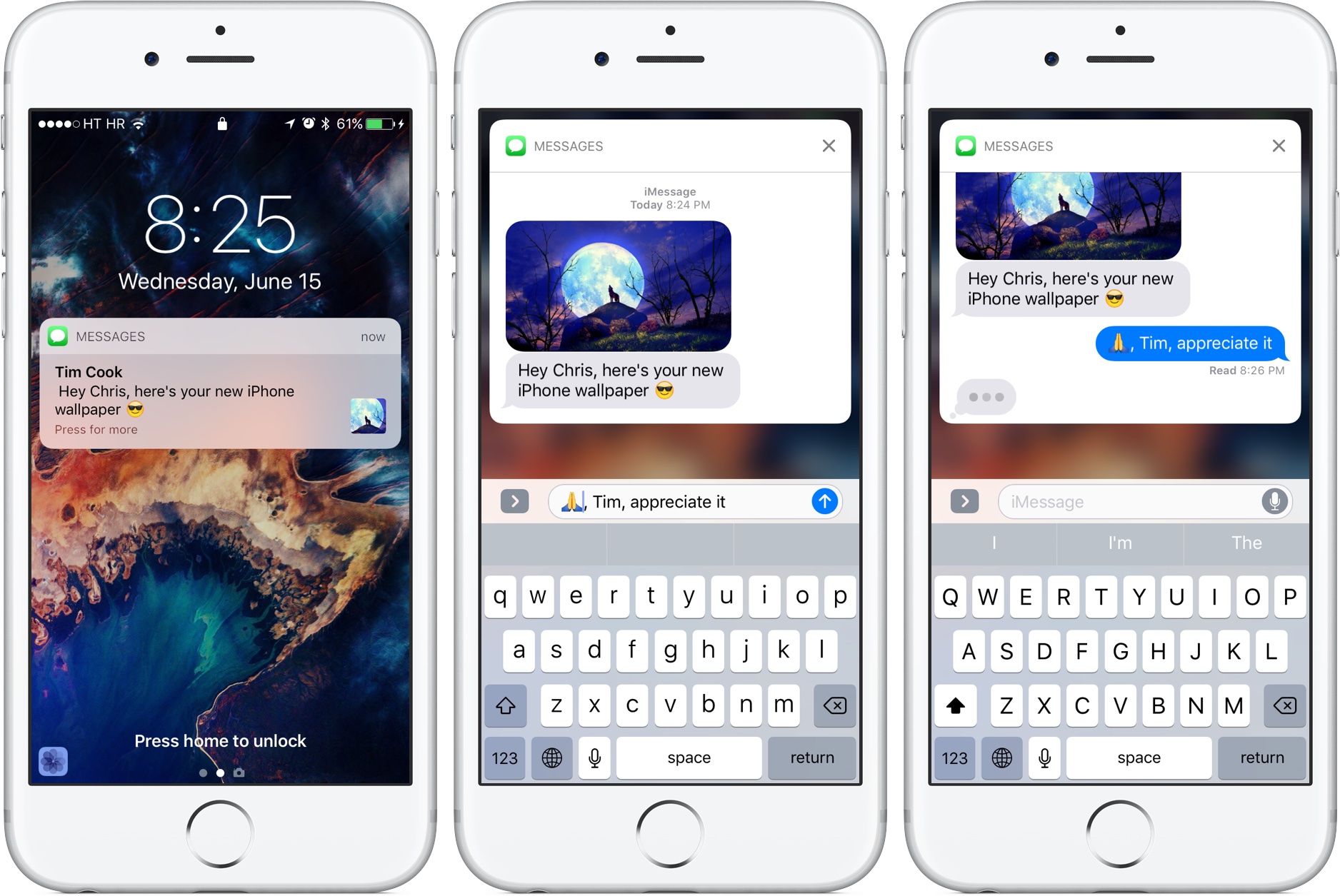 iOS 10 fixes that behavior so the feature now works precisely as you’d expect it to. On an iPhone 6s or iPhone 6s Plus, pressing a Messages notification now reveals the current message in an overlay instead of pulling up the entire message thread.

On older devices without 3D Touch, simply swipe the notification and tap View.

In the developer-only preview of iOS 10 which released at WWDC 2016, the iPhone’s recognizable keyboard clicking sound has been replaced with a more subdued tone. iOS 10 beta 2 switched to the old keyboard sound and now that softer clicking sound effect has returned again in iOS 10 beta 3.

The sound effect plays as you type on the keyboard or lock the device manually.

On an iPhone 6s and iPhone 6s Plus, iOS 10 beta 3 now produces a gentle haptic vibration to confirm that the device has properly locked after pressing the Power button. In order for it to work, both Lock Sounds and Vibrate on Ring/Silent must be enabled in Settings → Sounds. On older devices, you’ll just hear the Lock sound when pressing the Power button, without any vibratory feedback.

iOS 10 beta 2 brought out a new Accessibility option, Rest Finger to Unlock, but it didn’t work properly. iOS 10 beta 3 rectifies this while changing the feature’s name to Rest Finger to Open. Basically, you now have the choice between using the new unlock method with Touch ID (Press Home to Open) or keeping the old way of resting the finger on Touch ID to get to the Home screen.

Even better, folks whose devices are older and lack Touch ID and/or don’t support Raise to Wake will no longer complain about having to press the Home button twice—first to wake the device and once more to launch the Home screen. 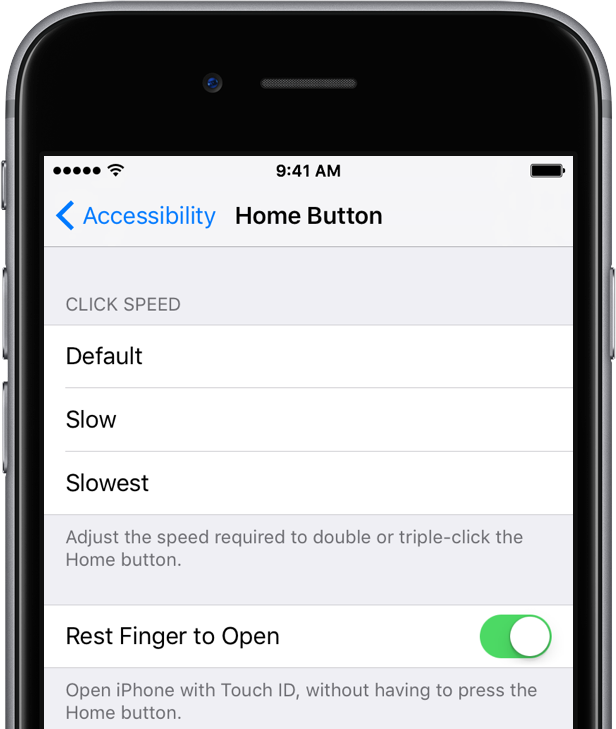 To get to your Home screen with Touch ID without having to press the Home button, go to Settings → General → Accessibility → Home Button, then slide the switch Rest Finger to Open to the ON position. Needless to say, this switch is non-existent on devices without Touch ID.

iOS 10 beta brought out the ability to share any third-party app quickly on an iPhone 6s or iPhone 6s Plus with 3D Touch: just press an app’s Home screen icon and select the Share option from the shortcuts menu. 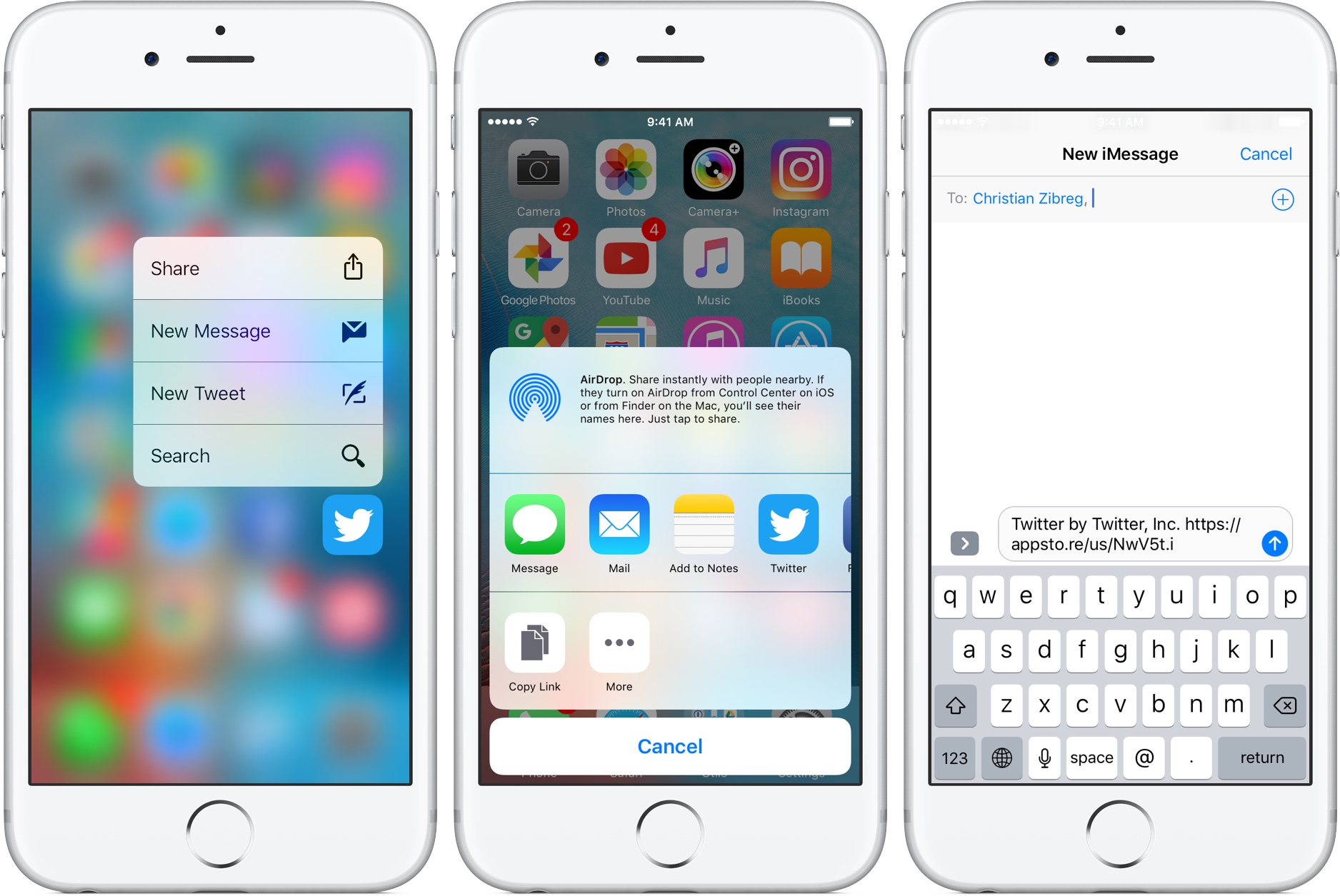 In iOS 10 beta 3, this menu includes the app name to avoid any confusion whilst making it clearer what is being shared. For example, 3D-touching Twitter’s icon on the Home screen now produces a Quick Action in the shortcuts menu labelled Share Twitter. 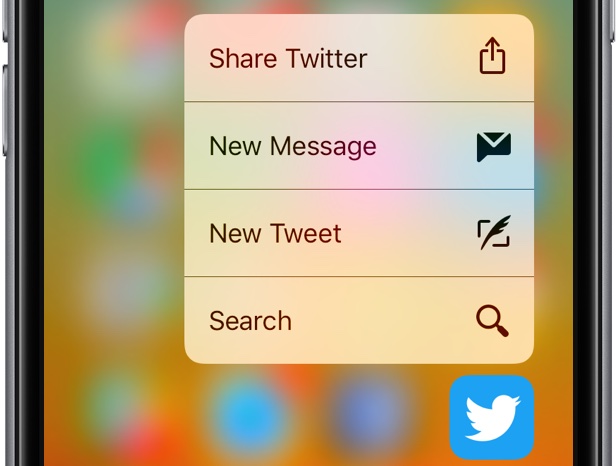 It’s a tiny but welcomed change, wouldn’t you agree?

Third-party apps you use with Siri will send information to Apple. This data may include stuff like your contacts, their relationships with you, song names in your collection, HomeKit-compatile devices in your home, the names of your photo albums and more. To optionally disable sending these items to Apple when using Siri, iOS 10 beta 3 has provided a new App Support section within Settings → Siri. 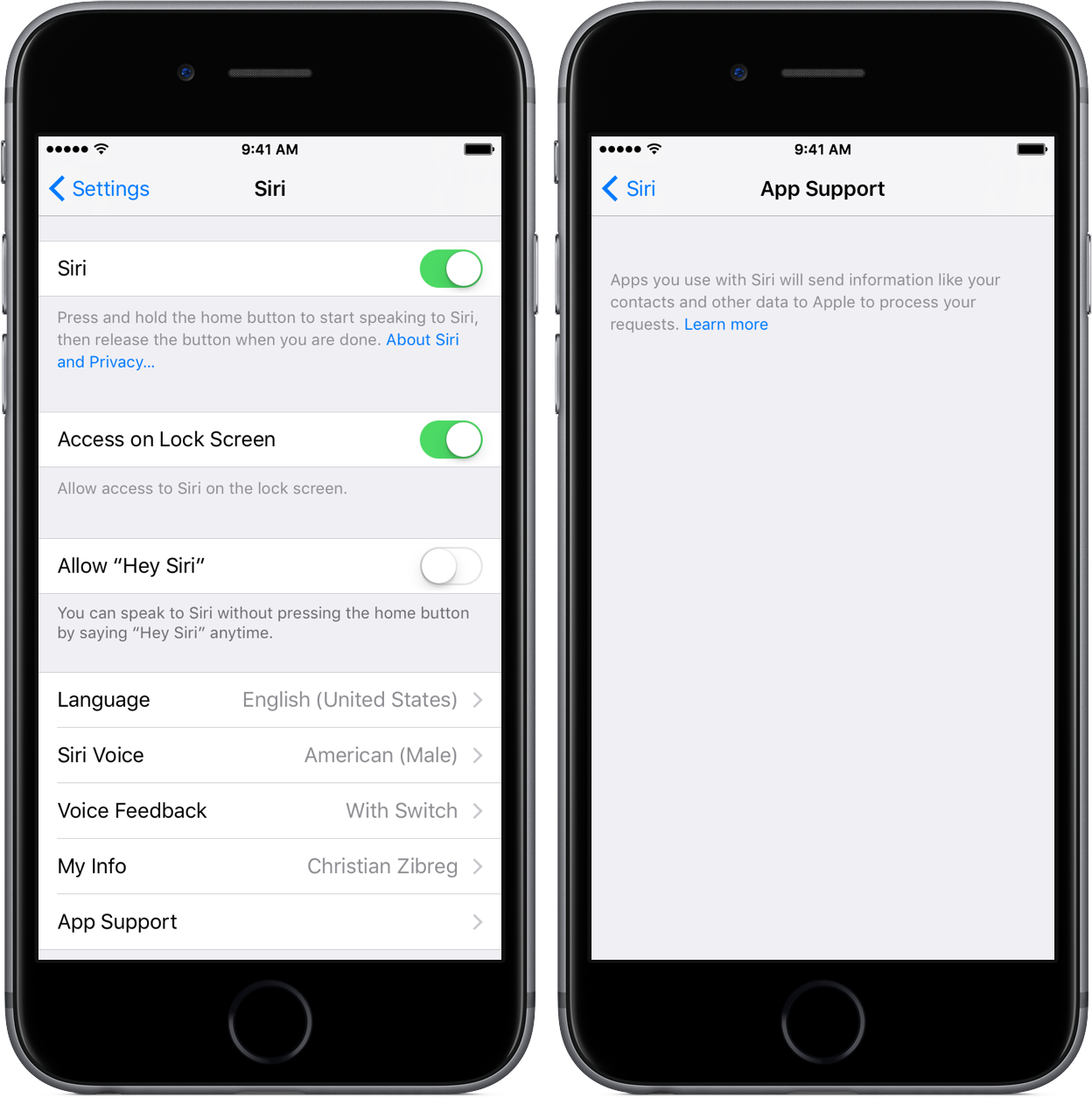 Apple assures that any data uploaded to its servers when you use Siri and Dictation on any of your devices is used to help these features recognize what you say and understand context of your queries. ”It is not linked to any data that Apple may have from your use of other Apple services,” as per the company.

If you wish to help the company’s engineers improve the health and fitness features of Apple products by automatically sending your activity and workout data, slide a new Improve Activity switch buried at the bottom of the Settings → Privacy → Diagnostics & Usage section to the ON position. 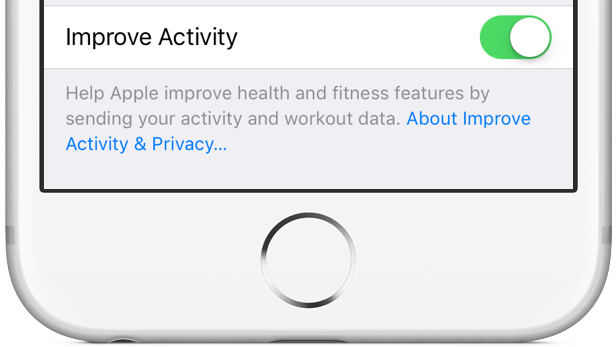 The Health app on iOS 10 beta 3 will also remind you to share your workout and activity data with Apple. As you can see below, the prompt offers a short description of the feature along with three buttons: Allow, Learn More and Don’t Allow. 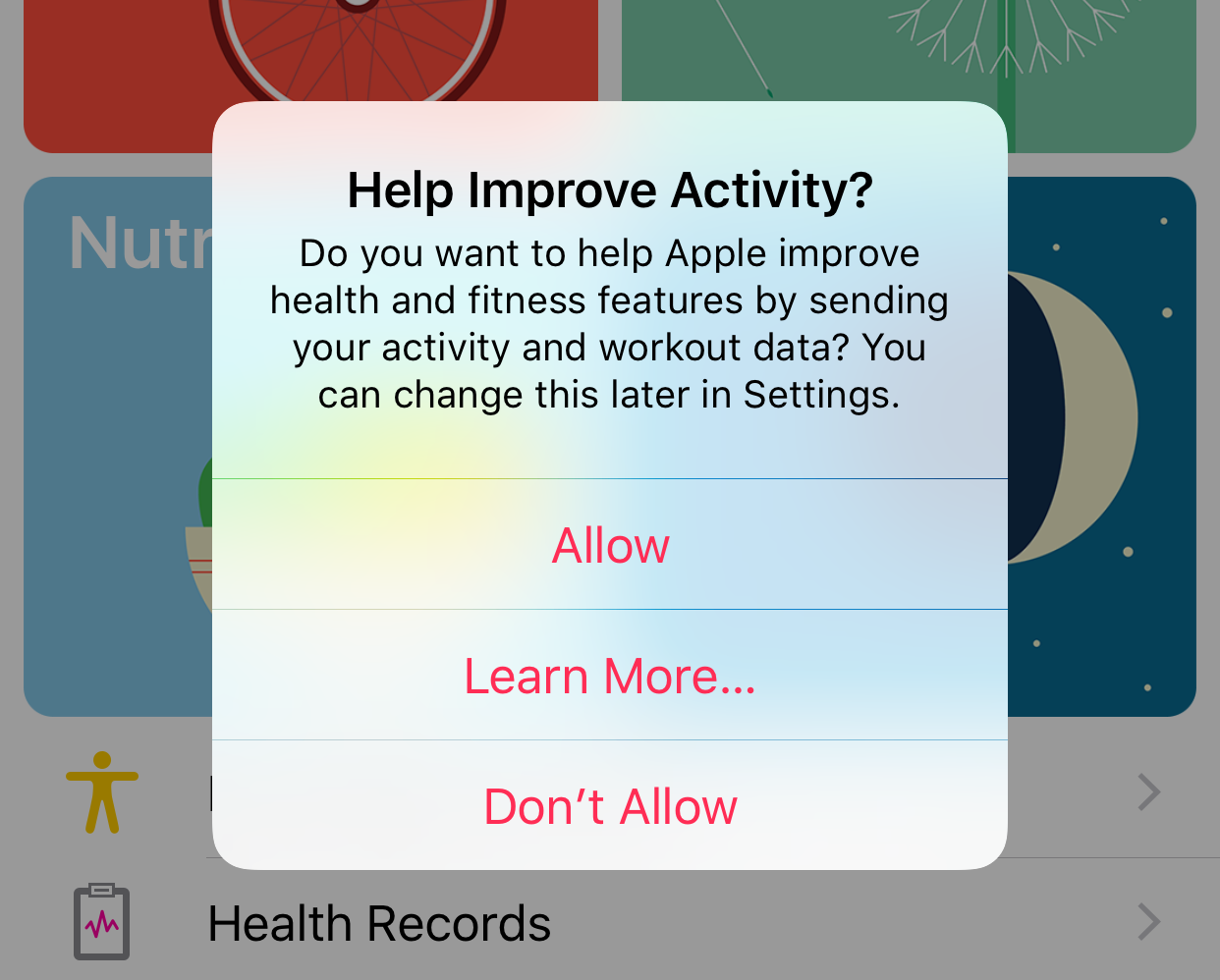 This popup appears only when you first launch the Health app.

Other, smaller fixes have been discovered in iOS 10 beta 3, including:

To learn more about other tons of other iOS 10 goodies that were introduced in previous betas, check out our iOS 10 Preview and iOS 10 Tidbits series.

Hungry for even more? Check out our video walkthrough of what’s new in beta 2 of iOS 10 or watch it embedded right below.

We’ve made it a mission to dive deep into Apple’s upcoming software updates to give you a feel for any major new features and little things that might delight you.

Additional previews will be added to these lists as they’re published. If you’d like future coverage to focus on other features, email us at tips@idownloadblog.com. We’ll take any reasonable suggestions into consideration.

iOS 10 is available to members of Apple Developer Program and, as of July, to public beta testers signed with Apple Beta Software Program. The operating system will release as a free update for the iPhone, iPad and iPod touch this fall.

As much as we’ve given it our best to unearth every new feature, refinement and tweak in iOS 10 beta 3, some features may have still flown under our radar.

Did you spot iOS 10 beta 3 tweaks, enhancements or tidbits not mentioned in this article? If so, post your findings in the comment section below, or email us at tips@iDownloadBlog.com, and we’l update the article with any new information as it becomes available.