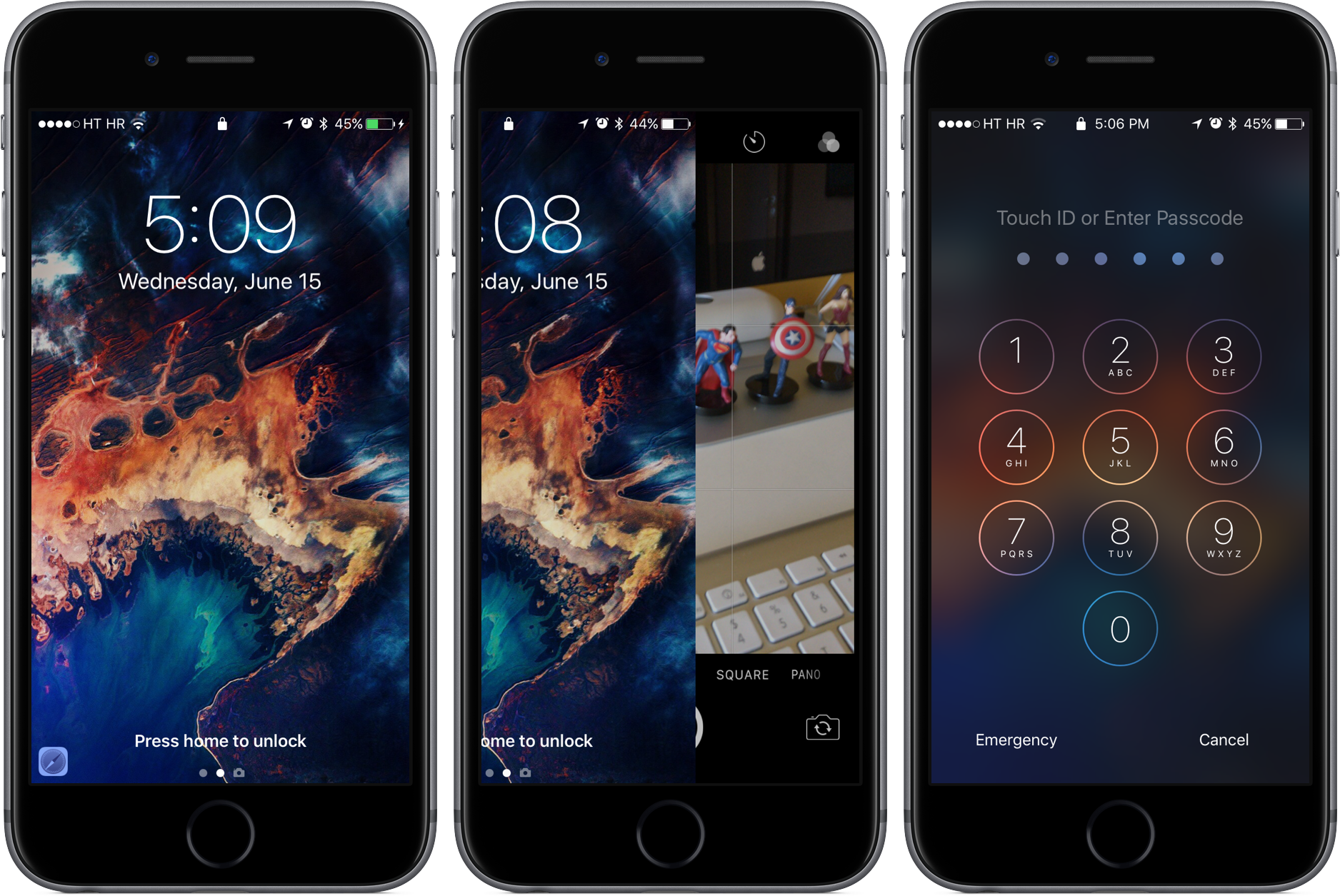 The iPhone’s familiar slide-to-unlock gesture was subjected to multiple lawsuits, but the feature itself has barely changed since the handset’s inception nearly a decade ago.

With iOS 10, however, Apple has made some plenty significant changes to the Lock screen while introducing a brand new way to get into your phone.

Because swiping to the left on the Lock screen now takes you directly to the Camera app, ”Slide to unlock” has been replaced with “Press home to unlock”.

In other words, you’re now required to physically push the Home button in order to unlock the device with Touch ID or your passcode. If your hardware lacks Touch ID or no finger has been enrolled yet, pressing the Home button will instead take you to the standard passcode prompt.

At any rate, this interesting change does acknowledge that Touch ID has become too fast to the point where it starts to interfere with the user experience.

Indeed, if I want to check out my Lock screen notifications on a pre-iOS 10 device, I must either press the Sleep/Wake button, which isn’t very practical, or press the Home button with my fingernail or one of my unregistered fingers.

iOS 10 takes care of that with a feature called Raise to Wake, which automatically lights up the screen when you raise your iPhone, giving you instant access to your Lock screen notifications.

Aside from the fact that physically pressing the Home button to unlock the device represents a major philosophical departure from the traditional slide-to-unlock mechanism, it actually might have something to do with an interesting image that leaked yesterday.

As shown above, it purportedly shows an iPhone 7 with a touch-sensitive Home button that appears to sit flush with the front plate and reportedly cannot be pressed in.

Instead, users will reportedly need to perform tapping actions to invoke various functions which currently require physically pressing the Home button, such as tap and hold for Siri, double tap to see the running apps and so forth.

How do you like the new “Press home to unlock” feature on iOS 10 and does it make any sense to you, and why?