We recently held a poll to discover the types of apps our readers would like to know more about. From the poll, we discovered that you guys would like us to spotlight more utility and productivity apps. So, this week’s list includes some of the usual content, plus a handful of utility apps that we think might interest you. Check out our list below, and please keep the comments coming. We read them and your suggestions are helpful. 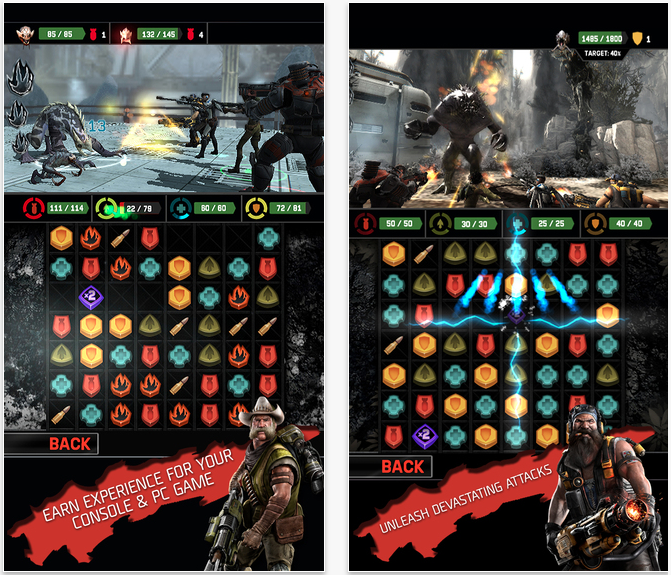 Sometimes, you want to play games that involve precision timing, mastering controls, and many hours. Other times, you just want to get into a game and get out without much effort. This game brings some of the joys of battle arena style gaming without any of the work. Instead of learning the art of tap, tap, swipe, players fight against opponents using a match-three style puzzle board. When you succeed, you attack your enemy. As you win battles, your beasts gain experience and evolve new skills. This game is available for free. 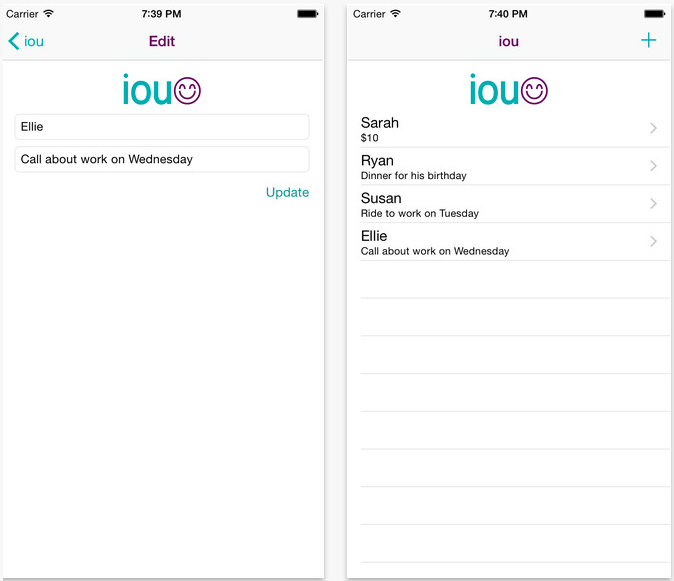 So, you borrowed money from your buddy to buy a few beers on Friday night, then asked your girlfriend to cover your dinner on Saturday night. By Sunday, you owe money to so many people that you can’t keep track anymore. This app makes keeping track easy with a simple reminder list. Add the person’s name and what you owe them (take mom out to dinner, buy you sister a birthday present, return that movie you borrowed from your friend). Then, when you’ve paid your friends and family back, you can mark them off the list. No more trying to remember who you owe what to. This app is available for $1.99. 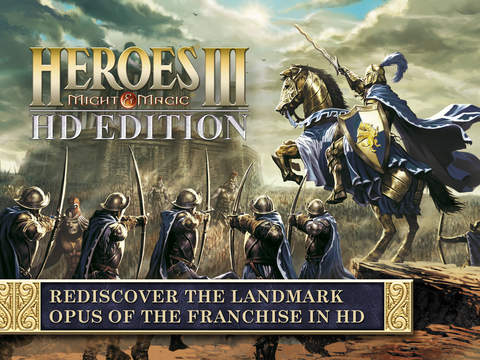 This week, Ubisoft ported the highly acclaimed third installment of the HOMM series of games to the iPad. In this turn-based strategy adventure, players control an army of creatures led by heroes. As you explore an expansive world map, you will face enemy attacks. Defeat your foes to conquer the land and gather resources to hold your bases. Find and collect rare magical items to increase your heroes’ powers and abilities. Build small encampments into glorious cities. Battle across seven campaign scenarios and 50 skirmish maps. You can even join up with friends online via multiplayer mode. This game is available for $9.99. 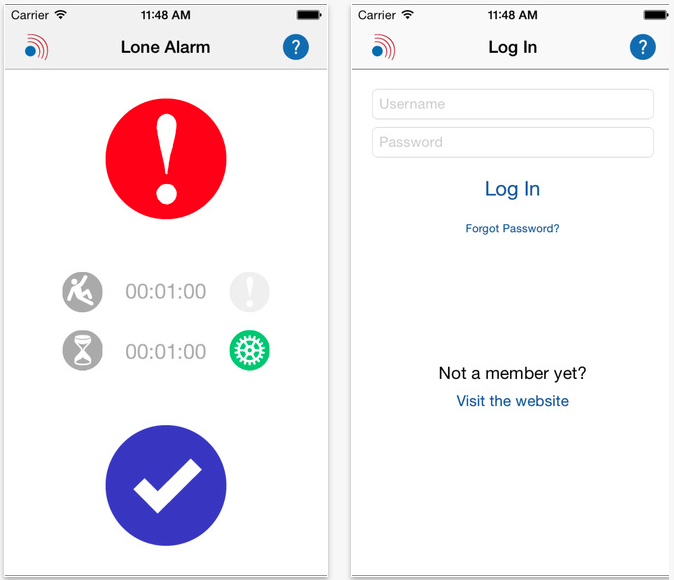 When you are alone and in a dangerous situation, making a phone call may not be an available option. With this app, you’ll be able to send emergency distress signals to friends and family. The app features three modes of alert; automatic fall detection, panic button, and interval timer, which each send specific alerts to a person’s safety circle. Emergency contacts don’t need the app. They will be alerted either through a phone call, text message, or email (your choice). When alerted, the contacts will receive physical location data, including a link on smartphones, to the person’s current location. This app is available for free. 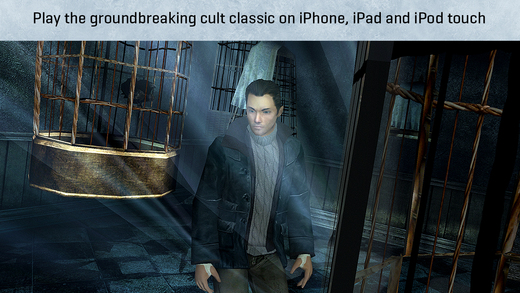 Ten years ago, Indigo Prophecy wowed the gaming community for incorporating cinematic storytelling as a game. This week, Aspyr Media ported the game to iOS. Before you run to download this baby, make sure you have at least 6GB of space on your device. It’s a big one. Players follow the dark and murderous story of a man seemingly possessed. Between movie-like cut scenes, you control the movement and action of four different characters, including checking out items and looking for clues. In this iOS port, the graphics have been enhanced and widescreen support has been added. It also supports MFi controllers, so get ready to sit down for a long, long time. This game is available for $9.99. 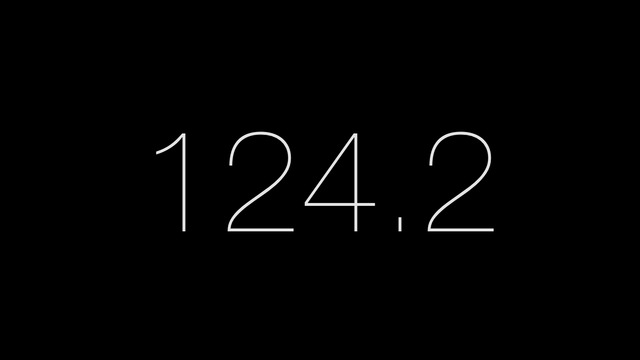 I just returned from a trip to Disneyland, where my friend and I were discussing just how fast California Screamin’ is. The initial takeoff reaches speeds of 55 miles-per-hour. However, I personally don’t think it stays at that speed throughout the entire ride. This app would have been perfect for tracking our speed while barreling down the tracks (not that I would have been able to pay attention while screaming my head off). It tracks how fast you are going, whether you are walking, bicycling, flying, or whatever. The only downside (for those of us in the U.S.) is that it only tracks kilometers per hour. This app is available for $0.99. 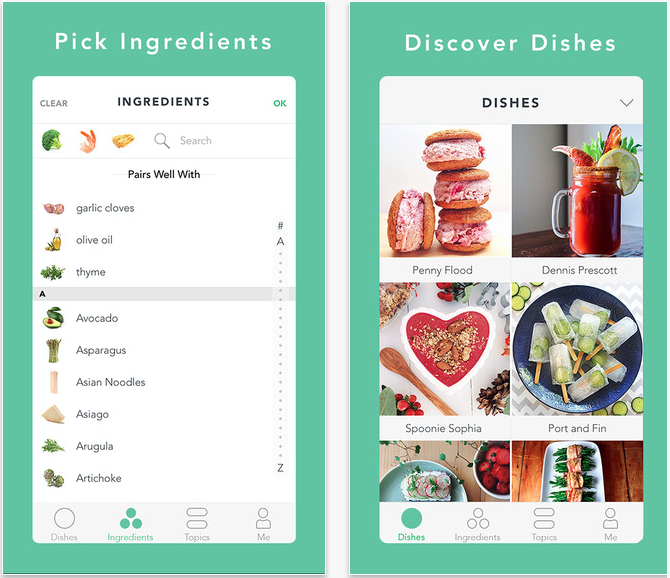 I don’t consider myself a “foodie.” I’d rather go to my local dive three times in a row than spend twice as much on the new restaurant in town. However, I love to read recipes and even simply look at pictures of yummy food. This app brings together the best of the Internet with beautiful images from Instagram, as well as food blogs from around the web. You can filter your feed by ingredients, like chicken or carrots, or browse through content based on categories, like Super Bowl snacks or smoothies. This app is available for free.