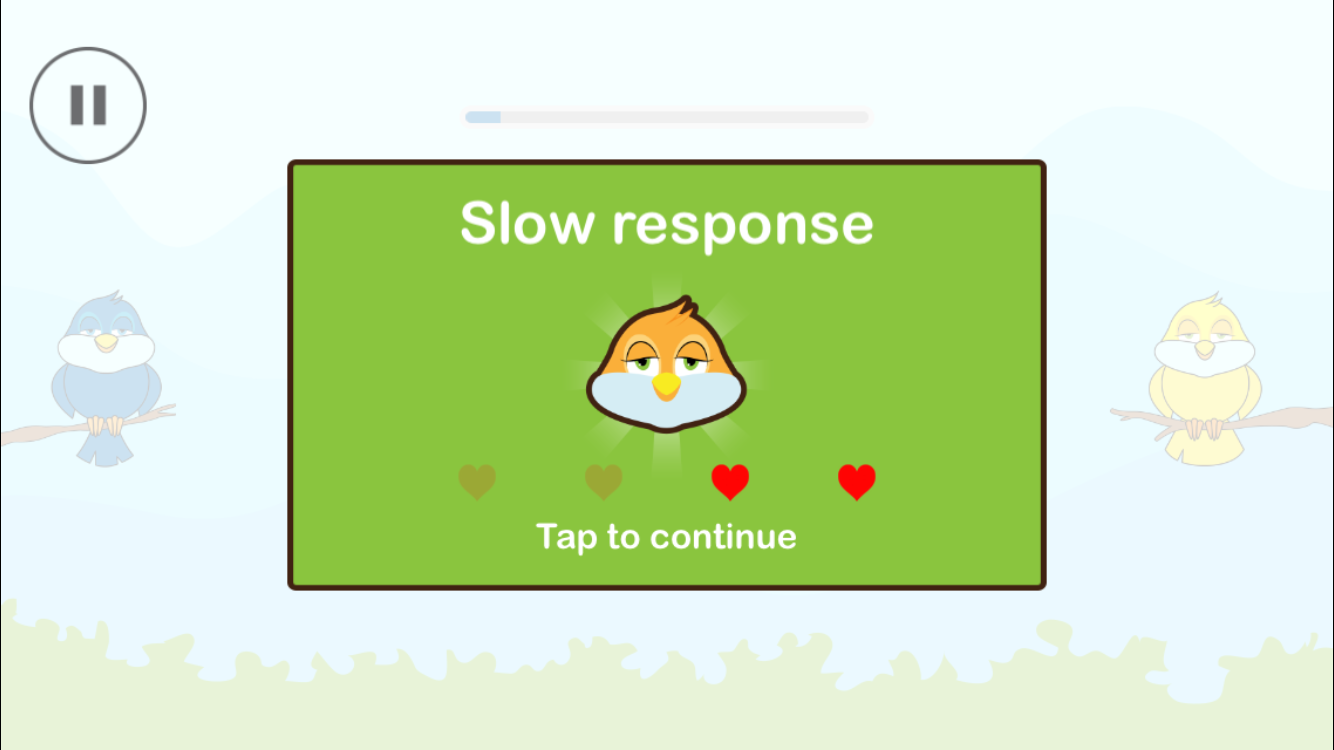 We’re an ADHD nation. Smartphones, apps, instant messages, and everything else is definitely not helping us keep focused on things for more than just a few minutes. However, one app in the App Store is trying to change that. Based on a pretty impressive eye-tracking technology, uHealth wants to help you improve your focus and attention through short brain training exercises.

The concept of the app is that when someone isn’t focused, you can usually pick it up in their eyes, which might be wandering around. Using eye-tracking technology, uHealth guides you through a training process to improve your focus and attention.

The first exercise has you stare at a blue and yellow bird on command. When the app says “blue,” look at the blue bird. When it says “yellow,” look at the yellow bird. But don’t let yourself be distracted because the app will pick up your eye movement and call you out. The goal is of course to go through the exercise without failing once. This first level is a training level that has to be completed over the course of a week. There is no way to go to the next level until the first one is mastered, something that impatient users might find annoying, but remember, the goal is to train your brain, not just power through some exercises.

If the app design leaves a little to be desired, the eye-tracking technology is quite impressive. It is the same technology used in an app released by the same developer a year ago called uMoove.

I’m usually not into brain training exercises but I’ll be first to admit my lack and focus and attention have gone increasingly out of control over the last few years. Some refocusing won’t hurt.

uHealth is free in the App Store.