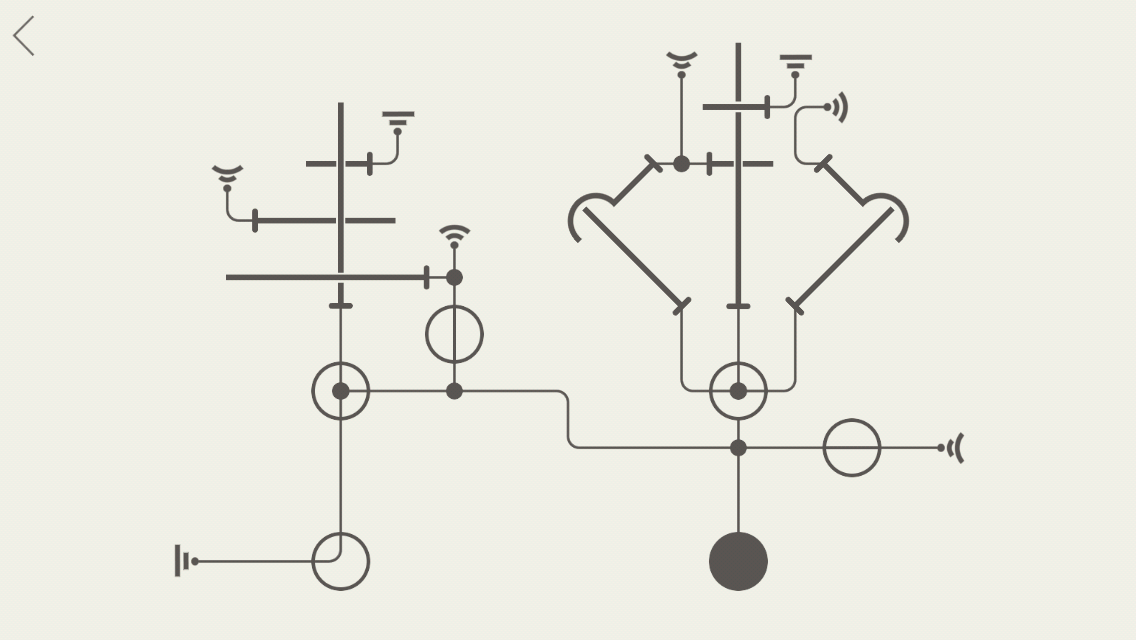 Relaxation puzzle games are great for winding down at the end of a long and taxing day. They can put you into a Zen-like mood and help you wash the stress of the day out of your mind.

“Hook” is one of the most relaxing puzzle games I’ve ever played. It features complex challenges, but has no time restrictions or scoring, so you don’t feel any pressure, just levelheaded enjoyment. We’ve got a game review of “Hook” for you today.

The game consists of several lines, mechanisms, and yes, hooks. Your job is to remove each object from the board by reeling it in. The only problem is that some things are in the way of others. So, you must figure out which object to remove first and how.

The board is constructed with a minimalist design. The background is just slightly off-white (in house paint terms, it is called Swiss Coffee). The objects are very dark brown, almost black, but not quite. There are trigger buttons, represented by solid circles, hooks, which are made up of thick lines, some of which have hooks on them, and various gear-like mechanics, which are usually a circle with some additional lines inside.

The soundtrack is straight out of a meditative mix, complete with singing birds and ocean waves. If you’re not careful, it will put you to sleep. 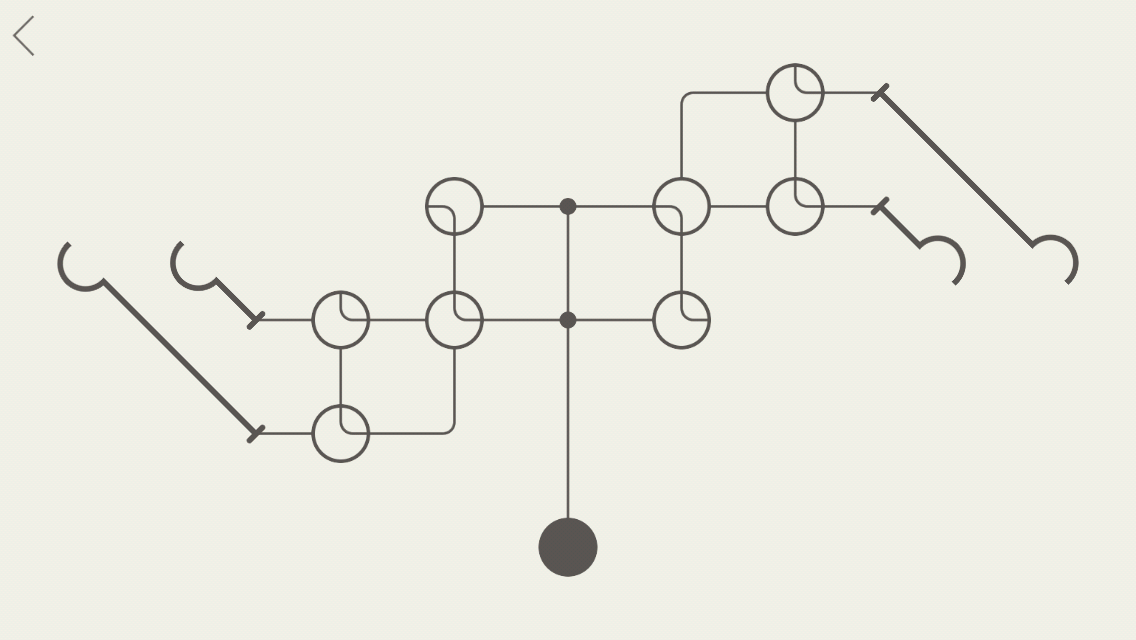 Players must remove every line or hook from the board by tapping the trigger button. If the coast is clear, the object will reel in and disappear. If something is in the way (like a line is underneath another one, or a hook is in the path), it will get stuck and you’ll have to start over. As levels progress, there are more and more objects on the screen and new mechanics are introduced to make things more complex.

For example, by the time you make it to the 30th level, there are line-switching gears that control the object that the trigger button will real in. The switchers can be rotated by tapping them. Some are curved. Others are straight. They connect one or more lines to the trigger button. When rotated, they will connect to different lines or buttons.

Once you’ve managed to clear the board, you will move onto the next level. There are not star rewards, achievements, or scores for fastest completion. It is truly relaxing. The game’s developer calls it a “game-like experience” more than a classic game. 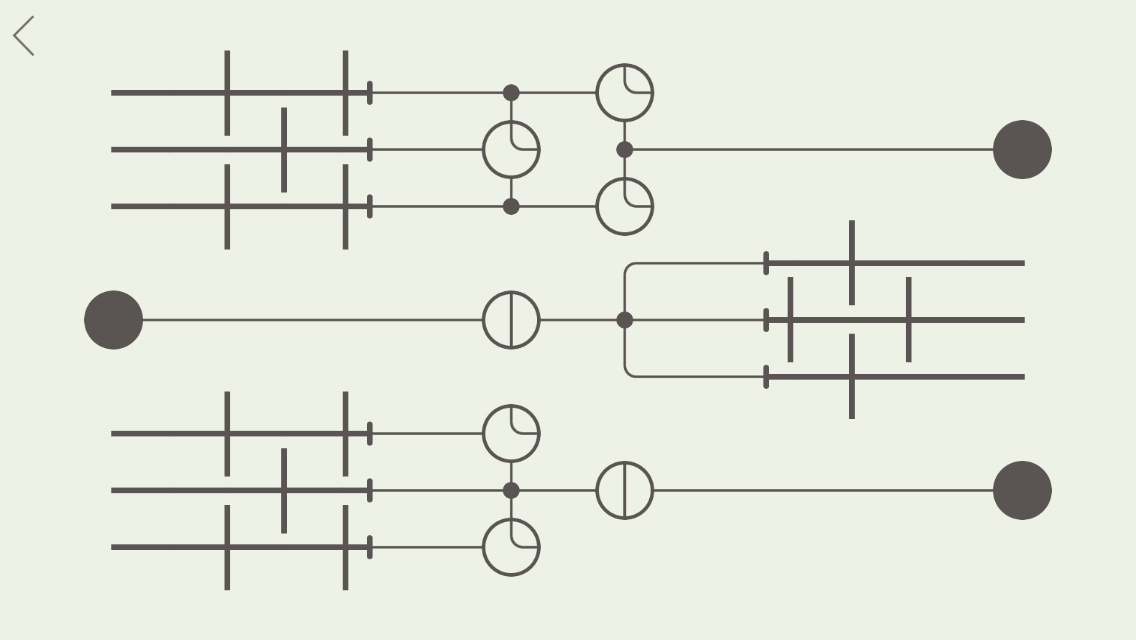 The puzzles start off really easy and slowly become harder. I appreciate the extended learning curve. I never felt frustrated by an inability to understand what to do, even though there are no instructions whatsoever.

I didn’t find anything wrong with it.

“Hook” costs $0.99. The game is worth at least twice the asking price. I’m not totally sure about the replay value because I’ve only made it to level 35 and have no idea how many more levels there are. You can replay levels, but once you’ve completed one, there is no burning need to go back over it again, since you are not scored.

I love this game. The puzzles get really challenging after you make it past 25. However, it is never so difficult that you get frustrated or irritated. It is incredibly relaxing, while giving your brain some exercise. This game is available on the iPhone, iPad, and iPod touch. Download it in the App Store today.

This game reminds me of the relaxing nature of KAMI.