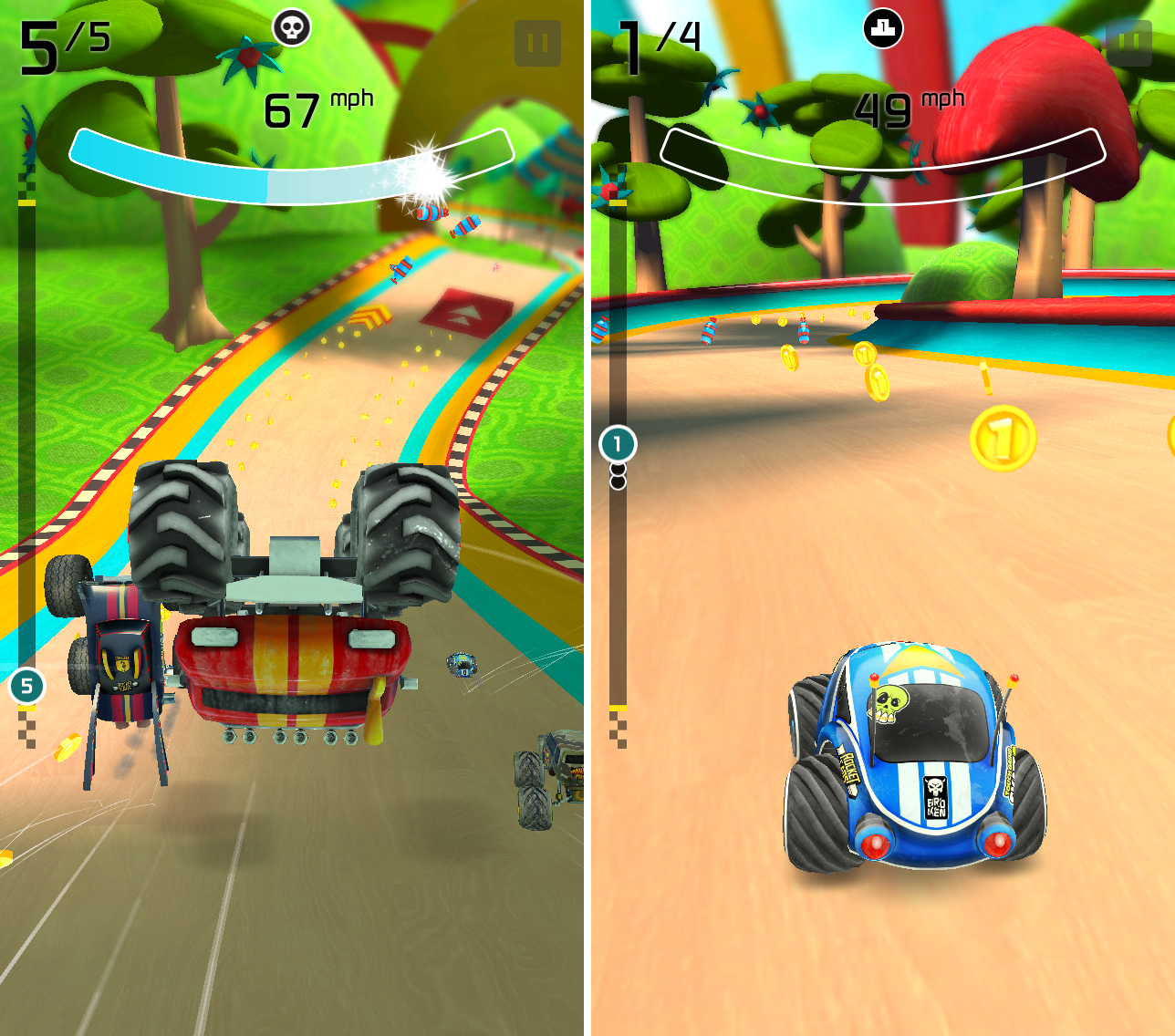 Racing games are a lot of fun, but there are so many of them that it is difficult to find ones that really stand out. Some companies make hyper realistic graphics. Others hope to win you over with popular licensing.

Rocket Cars features miniature RC style racers that have the ability to get maximum levels of speed thanks to rocket power. Play through a career campaign to become the top racer in Game Center. 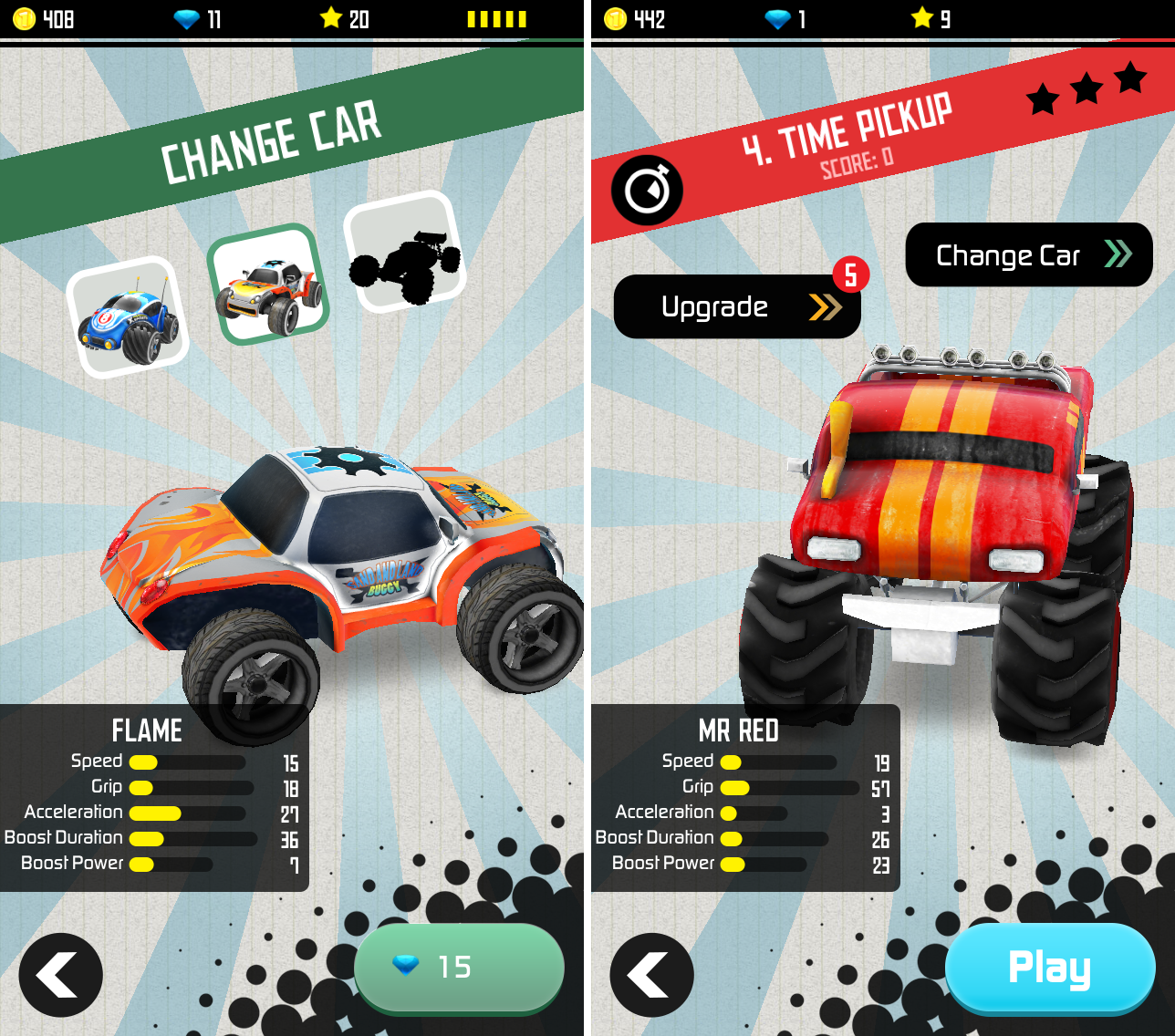 Players control their car by touching and holding a finger on the center of the screen, and then moving from left to right to steer. You can speed up by swiping upward on the screen, or slow down by swiping downward.

On ramps, players can perform tricks, like flipping over. Swipe the screen or tap and hold while in mid air to perform a stunt. 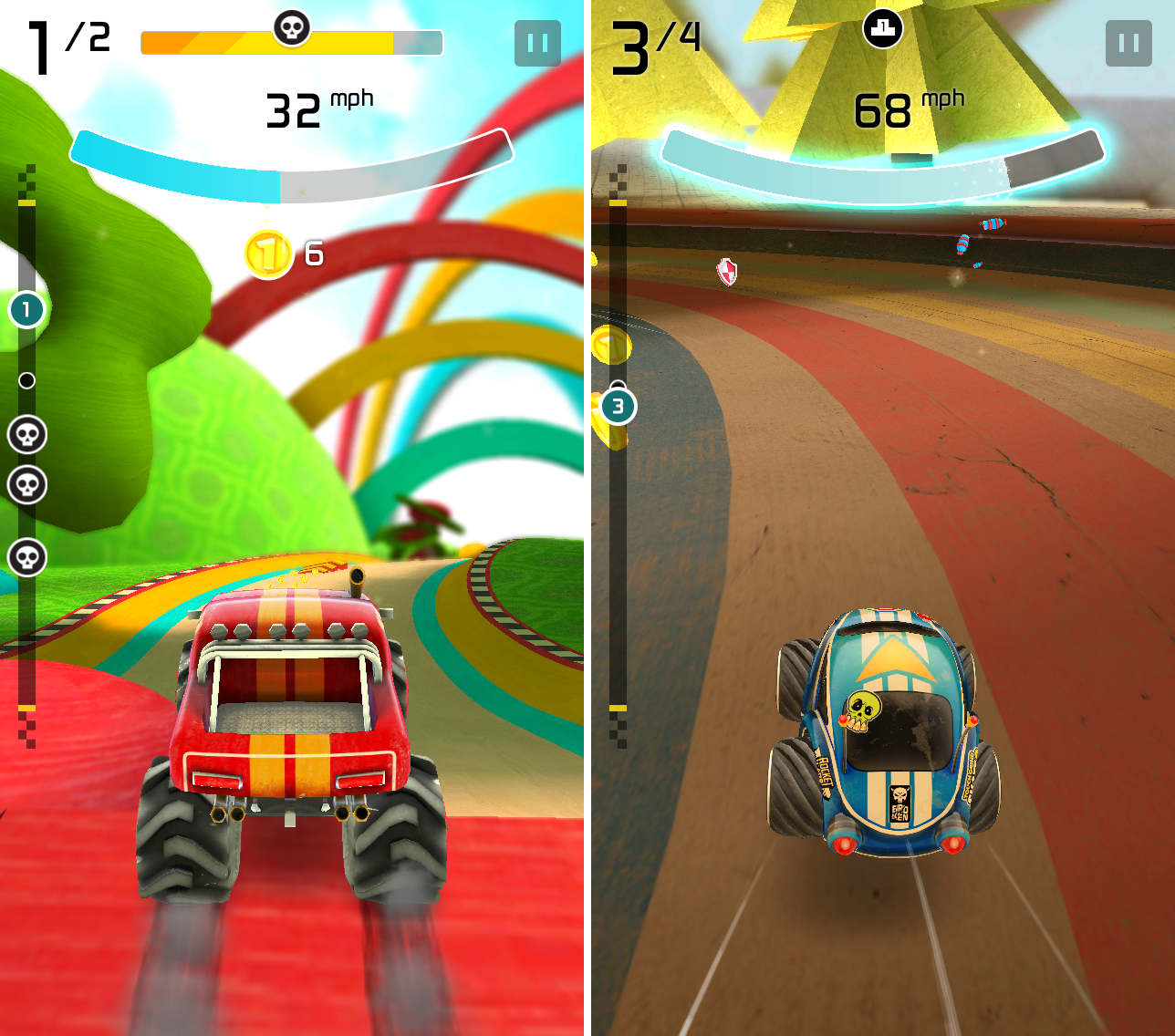 The game consists of five different game modes, each with a different final goal, like finishing first, avoiding being eliminated, or completing the course within a certain amount of time.

Players do more than simply race against opponents. They also get to shoot them with rockets and blow them up with explosives. Pick up one of the nearby power-ups to activate one of the weapons. If any opponents are nearby, they will be attacked.

As the game progresses, you will unlock new types of cars, like monster trucks or buses. Once you’ve unlocked a new type of car, you will also be able to purchase better versions of them using in-game gems. Each level includes at least one blue gem that is hidden somewhere on the course. If you collect enough gems, you can get a more powerful ride, which will ultimately help you beat your opponents.

Rocket Cars is available on the iPhone, iPad, and iPod touch for free. Download it in the App Store today.

What do you think of Rocket Cars? Let us know in the comments below.