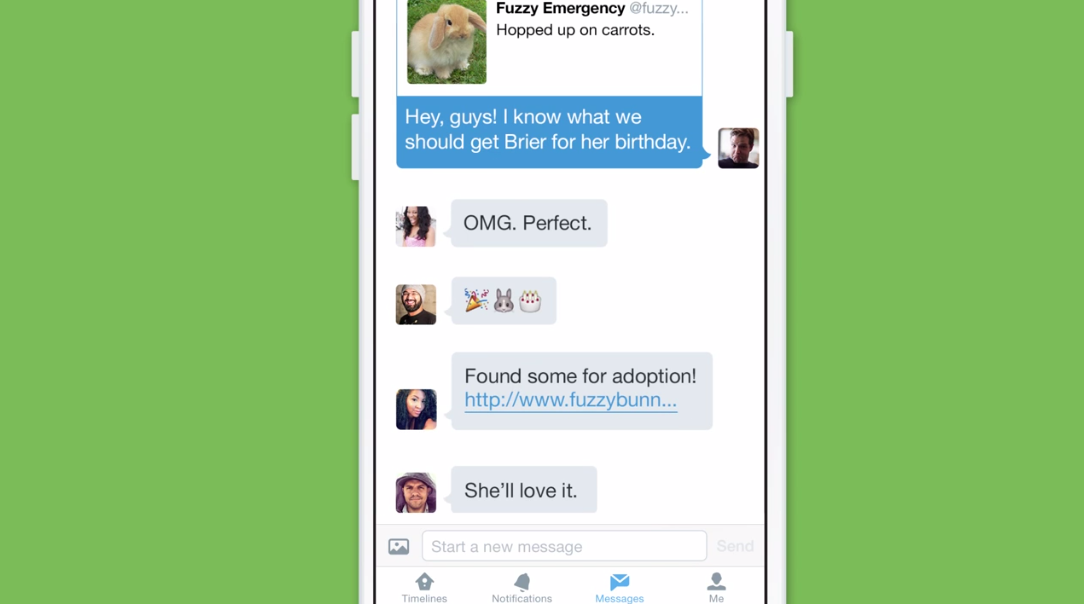 Twitter has rolled out a big update to its iOS app, adding group direct messaging and the ability to shoot video directly within the app.

The new direct messaging tool changes up the feature that’s been around since 2008. It’s a move to make messaging a larger part of the platform. The group function lets you start conversations with any of your followers, and they don’t all need to follow one another in order to chat. You can create a group by simply tapping a few names.

As previously rumored, the native video feature has come to Twitter. You can now record 30 second videos instantly within the iOS app and upload videos from the camera roll. Videos will embed directly into tweets and play within the Twitter website and iOS app.

Check out my Twitter video #Oscar exclusive! I gots me a scoop! pic.twitter.com/SGQ3oJHDqZ

Twitter says it’s rolling these features out to all users in the coming days. It looks like group direct messaging is already working, however for now you’ll only be able to watch public videos (like the one from Neil Patrick Harris above) until the ability to record video rolls out all the way.