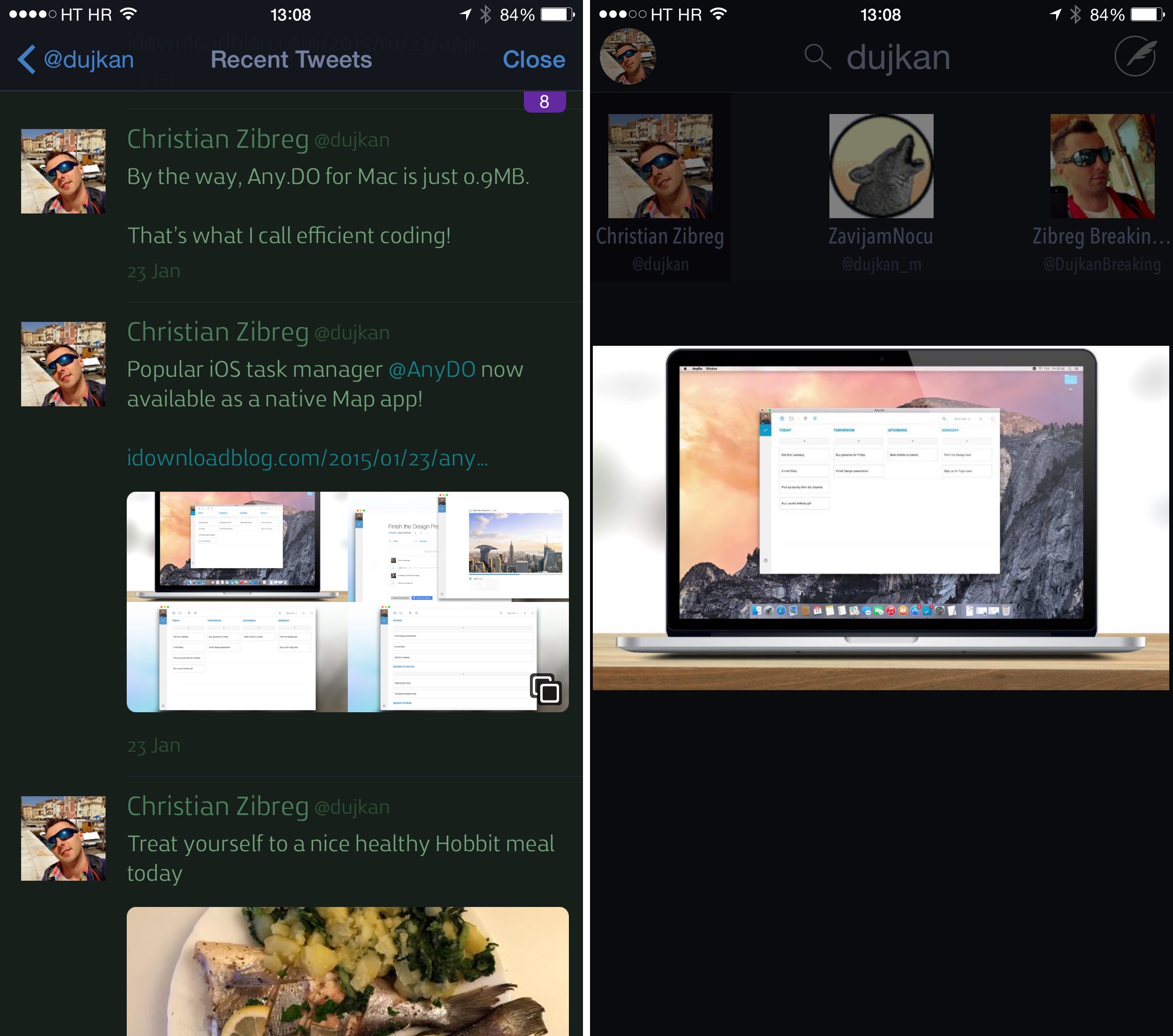 The Iconfactory on Monday pushed an update to its freemium Twitter client for the iPhone and iPad.

Twitterrific 5, now bumped to version 5.9, brings out multi-image upload support, multi-image viewing support, as well as the ability to watch Twitter animated GIFs and videos from Vine, Instagram, Moby and other services in the timeline.

Finally, the latest edition of the app includes half a dozen improvements while squashing a few annoying bugs.

Like Twitter’s official iOS app, Twitterrific now allows you to attach up to four images per tweet and view tweets with multiple images. As seen top of post, you just swipe through the images or tap on any individual thumbnail to view in full-size.

The ability to view Twitter’s animated GIFs and watch Vine and Instagram videos in the timeline is another handy improvement versus before, when clicking those links would launch a browser.

As for Instagram photos, they at last open in Twitterrific’s built-in photo viewer. And if you send links to Pocket, Twitterrific will now attach the source tweet.

As a bonus, you can now open a timeline of a person’s mentions by tapping and holding on their avatar image and selecting an option from the menu.

The 6.5-megabyte universal app requires an iPhone, iPod touch or iPad with iOS 7.0 or later.

As of March of 2014, Twitterrific is being provided on a freemium basis so everyone can download and enjoy this beautifully designed Twitter client at no cost.