Apple introduced the Touch Bar on the MacBook Pro in 2016, and it’s been included on the 13-inch as well as 15-inch model ever since. The OLED touch strip on top of the keyboard replaces the Function keys, but adds plenty of extra features. The Touch bar will adapt to the app that you’re using and provide shortcuts and best controls for that app. Some people love the Touch Bar, but there are some who don’t like it.

If you’re someone who loves the Touch Bar, then there are plenty of useful things that you can do with it, such as take screenshots of your Mac. In this post, we’ll show you how to take a screenshot of your Mac using Touch Bar.

Check out: 20 tips & tricks for the MacBook Pro Touch Bar

The Touch Bar offers a lot of customisation, including the ability to add your preferred shortcuts and buttons. You can also add a shortcut that lets you take a screenshot with one tap. Here’s how to do that.

2) Navigate to Keyboard and click on Customize Control Strip. 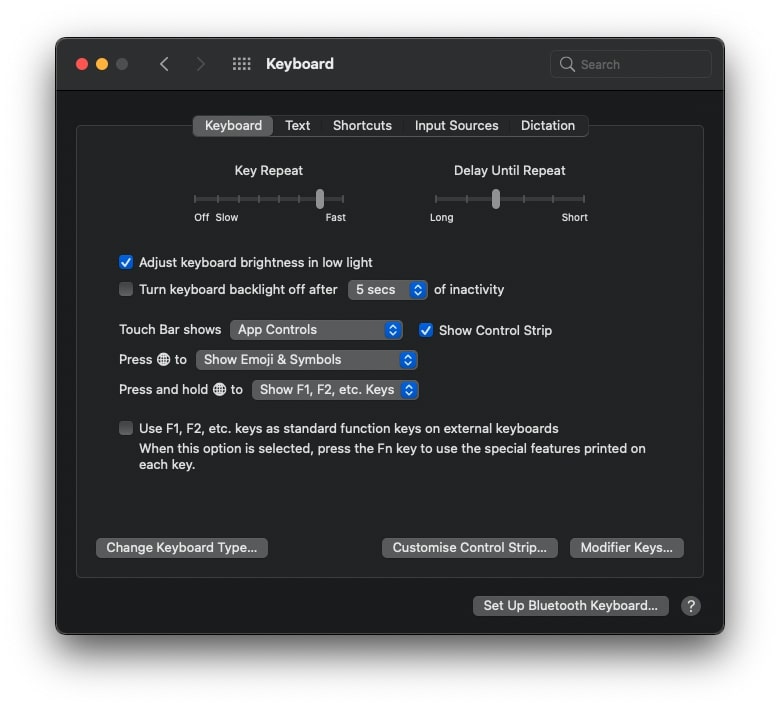 4) Place the Screenshot button anywhere on the Touch Bar.

And that’s it. You now have the Screenshot shortcut right on the Touch Bar.

How to take screenshot with Touch Bar

This is a faster way of taking a screenshot if you don’t want to use the standard keyboard shortcuts on your Mac. Simply tap the button, select the area, and click Capture. You can also record the screen using the Screenshot button.

Taking a screenshot of your Mac using the Touch Bar is a quick and easy way to get the job done. It’s quite easy to customise the Touch Bar to accommodate the Screenshot button, and once it’s there, you can become a screenshot taking legend.