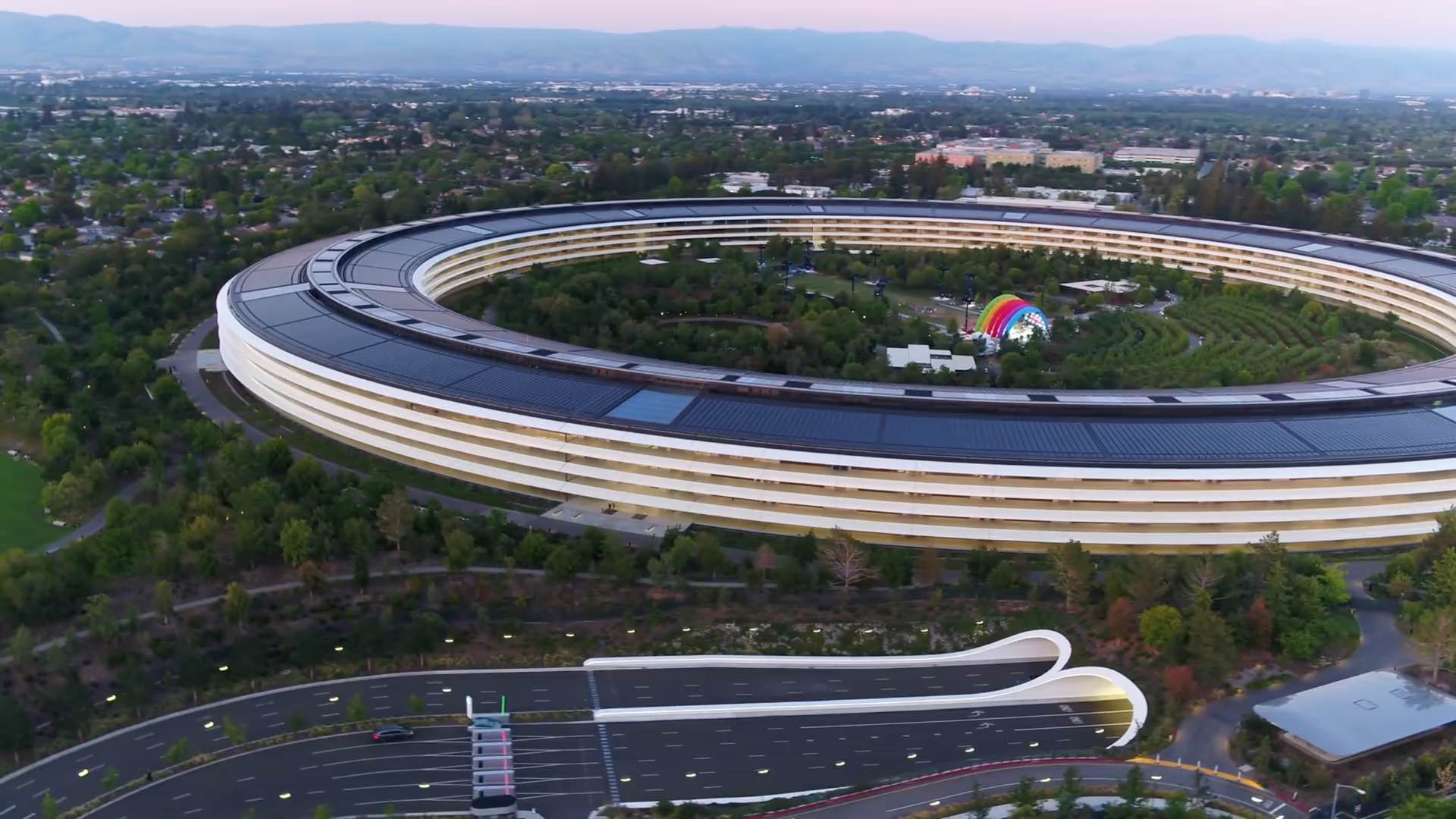 A 2019 review of Apple reveals lots of changes afoot for the company – some iterative changes to products, explosive growth in segments including wearables and services, and a strong push for the pro creative market to finish the year.

Apple’s 2019 iPhone changes had a lot to do with making the phone a better camera. All three new models sported better camera lenses – two or three of them, depending on the iPhone. All three new phones sport Apple’s A13 Bionic processor, fast enough to enable Apple to pack in computational photography effects for the new phones after their initial release, which Apple branded “Deep Fusion” – with much better low-light photography and much clearer detail available.

Apple mimicked its 2018 lineup by positioning the iPhone 11 as a cheaper, more battery-efficient and considerably faster replacement for the iPhone XR, now with two camera lenses which provide ultrawide and wide capture angles. It broke out the Pro appelation it’s used for Mac and iPad to describe the iPhone for the first time with the iPhone 11 Pro and Pro Max both come better screens and with three cameras capable of capturing ultrawide, wide, and telephoto shots and video.

Deep Fusion was a hallmark feature of the new iPhones that didn’t actually appear at the same time as the phones – in fact, it showed up in the iOS 13.2 update, released more than a month after the phone debuted.

This disconnect illustrated some fundamental problems with Apple’s software update management cycle this year. iOS 13, announced in June, underwent an extensive public beta test. When it became clear that essential features Apple had promised weren’t going to make it in time for iOS’s initial release, the company broke off major features to release after the fact with well-publicized iOS 13.1 and 13.2 releases. Developers weren’t happy about it and neither were consumers, and Apple’s already made fundamental changes to how it tests and builds new features to avoid a repeat in 2020.

A transitional year for Macs

Apple refreshed its MacBook Pro line in May with new processors and another iteration of its ill-fated butterfly keyboard switch mechanism, then again in July with a refresh to the 13-inch model to include Touch ID and the Touch Bar. Apple’s bigger news for the MacBook Pro was the release of the 16-inch model, sporting more screen real estate and a Magic Keyboard, hopefully to quell any more complaints about Apple laptop keyboard design for a while. Apple also bumped the MacBook Air, improving its display and lowering its price $100.

The iMac got 4K 21.5-inch and 5K 27-inch Retina refreshes in 2019, equipped with faster CPUs and better graphics. The 5K iMac is a solid value for someone looking for a less expensive but not markedly lower-performance alternative to the iMac Pro, which has languished without a refresh since 2017. The Mac mini got its first refresh in four years in October 2018, and remained in 2018 trim throughout the year.

Over time Apple has migrated the Mac mini message from entry-level Mac made easy for the PC switcher to mini Mac desktop suitable for lots of different applications. The Mac mini is at home at home as a desktop workstation, as part of a render farm, used for live concert music audio processing, marketing verticals and more.

Apple saved the heat and light on its desktop product line until December, when it began shipping the new Mac Pro. Outside of having the same release time line as its 2013 forebear, (announced at WWDC, shipped in December), Apple has largely erased the sins of the Mac Pro’s past. Gone is the sleek black turbine model with no internal expansion.

It’s replaced with a gleaming vented desktop tower system, a modular and repairable Mac with gobs of easily accessible internal memory expansion and PCI Express expansion slots. Apple’s beefed up video horsepower with its own MPX modules, which house multiple GPUs and Thunderbolt 3 interfaces. Apple’s going directly for video and film pros with the $2,000 Afterburner card.

macOS Catalina marked a new direction for the Mac. Mac users have been getting warnings about apps that will need updating to continue working for the past couple of years. Catalina’s requirement for 64-bit memory addressing for all apps eliminates any of those older apps that haven’t been updated.

The iPad Pro didn’t get any changes this year. But that doesn’t mean the iPad was sitting still, either. That’s because after sharing operating systems with the the iPhone and iPod touch since its introduction in 2010, the iPad struck out this year on its own with iPadOS.

iPadOS emphasizes productivity with improved multitasking, new gestures and many new user interface elements, among other changes. Even though the OS is evolving into its own distinct environment, Apple continues to emphasize the iPad’s utility as part of a complete Apple environment. iPad becomes more than the the sum of its parts when it’s used with a Catalina-equipped Mac a la Sidecar. The iPad becomes an interactive extension of the Mac’s display. Paired with an Apple Pencil, the iPad and Mac become powerful tools for creative expression for artists, illustrators and others.

For years critics wondered where Apple’s next breakout product was. Everyone wanted a repeat of the iPod, iPhone, and iPad – generationally-defining products that were lightning in a bottle as much as good product design and being in the right place at the right time.

Meanwhile Apple steady developed its wearables business in plain sight. That started with the acquisition of Beats in 2014. The Apple Watch followed in 2015 and it’s been steadily uphill since then. Apple’s patience in nurturing a nascent business paid dividends in 2019. The market for Apple’s wearable products exploded this past year, topping iPad revenues for the first time. Apple’s making billions alone from the sale of AirPods and AirPods Pro, enough to leave its suppliers scrambling to increase production.

AirPods were already a sellout Christmas item for 2018. Apple sustained momentum early in the year by improving AirPods with more talk time, better stability and Hey Siri functionality. The Apple-designed H1 chip inside the updated AirPods found its way into other products including Beats earbuds. Apple repeated the 2018 phenomenon in October by introducing AirPods Pro late in the year, with another rush of holiday sales leaving customers scrambling for product.

Apple now hits 2020 with two hit wireless earbud offerings that are every bit as iconic as the white wired earbuds that defined the iPhone and the iPhone a decade ago – enough that holiday shoppers this year saw a bumper crop of cheap AirPod-looking Bluetooth clones on discount department store shelves.

Apple Watch continues to dominate the smart watch market, ahead of Samsung and Google-owned Fitbit. Apple sought to keep up momentum into the holiday season with a new Series 5 model that iterates rather than innovates this year, sporting a faster, more efficient processor, compass, more memory and always on display.

When considering Apple’s 2019 year in review, you have to acknowledge that Apple Services grew in leaps and bounds in 2019 and is poised to do the same in 2020. Apple entered 2019 without Apple News+, Apple Card, Apple Arcade, or Apple TV+. Those services were announced in March and began rolling out over the summer and fall.

Apple Card, Apple’s credit card partnership with Goldman Sachs, launched in August. Despite some bumps and controversy seems to have been quite successful for Apple. The company continues to grow financial services as it expands Apple Pay to as many countries as possible.

Apple News+ debuted in March. The curated news service on Apple devices that initially attracted a flurry of subscribers to kick the tires, but has found difficulty growing much beyond a limited audience.

Apple TV+ launched in September, attracting interest especially from new Apple hardware buyers who can watch the service for free for a year rather than paying $5 per month. Same goes for Apple Music student subscribers. Apple’s partnered with top talent and spared no expense to create big budget content for the fledgling service. Apple TV+ lacks the big back catalog or licensed catalog of other streaming services, though, so this will be an evolutionary year for the service in 2020.

Parents and gamers exhausted by in-app purchase demands and in-game advertisements rejoiced with the release of Apple Arcade. The $5 per month service provides players with a steadily growing library of games that work everywhere they have Apple devices: iPhone, iPad, iPod touch, Apple TV, and even Macintosh. Apple’s been steadily improving the mix by releasing new games for it and exited 2019 with an annual subscription deal that gives you two months for free.

Apple 2019 review: Major changes to iPhone, iterative improvements to the Mac, iPad, and Apple Watch, breakouts to services and AirPods for everyone. Apple’s report card fares less well for development stability in 2019, with iOS’s fractured release creating issues in September and October, though it’s largely been righted as we exit the year. Plenty of on-ramp for Apple to keep momentum going in 2020 and beyond.

How do you rank the year in Apple product and service news? Let me know in the comments.