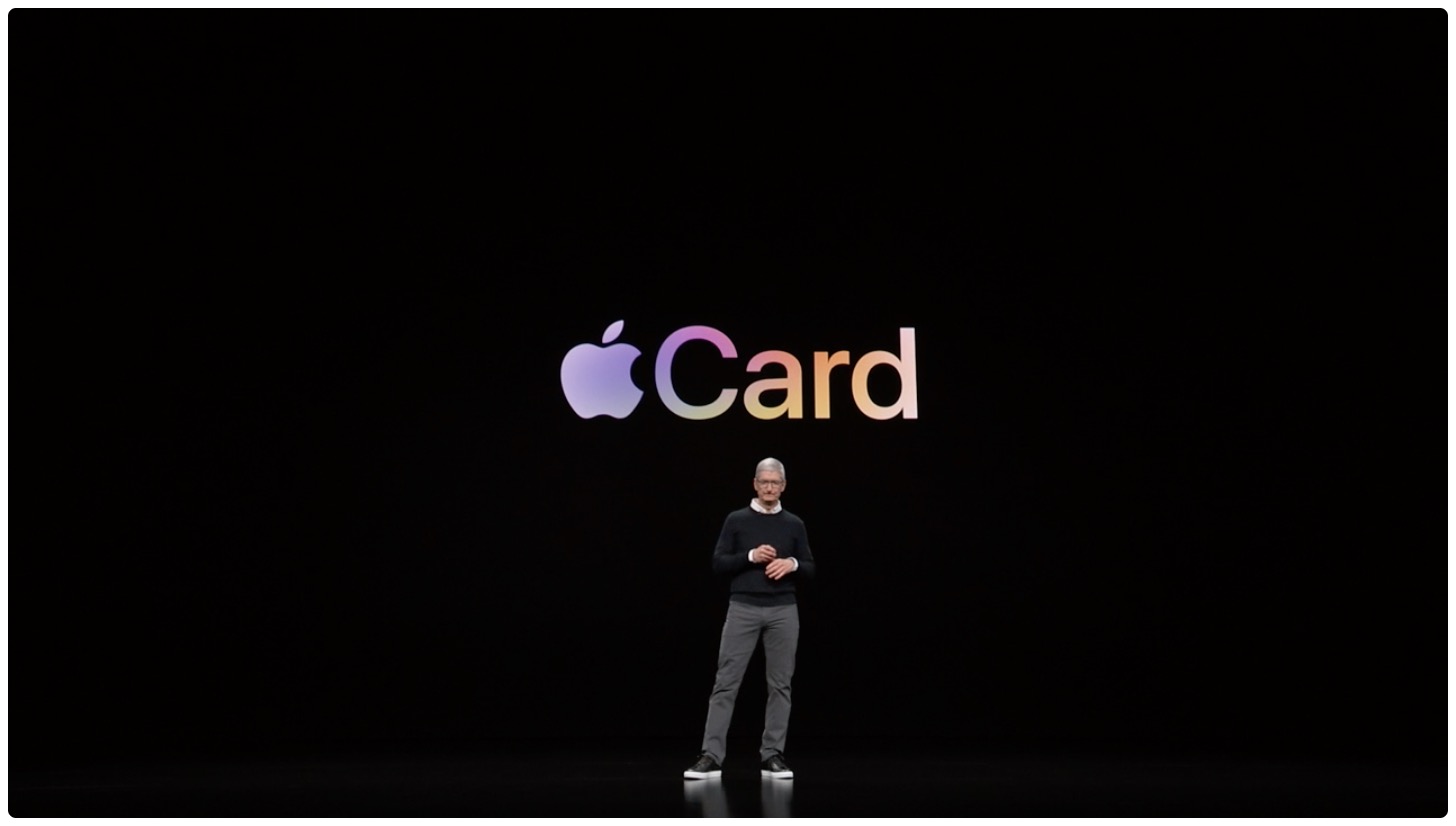 Even though the official Apple Card micro-site still says the service is “coming this summer,” the iPhone maker has begun rolling out its own MasterCard-branded credit card, realized in partnership with investment bank Goldman Sachs.

TechCrunch reported today the card is getting to its first group of public test users today.

A limited amount of customers that signed up to be notified about the release of Apple Card are getting the ability to apply for the card in their Wallet app today — as well as the option to order their physical Apple Card.

Author Matthew Panzarino writes that his Apple Card submission was accepted in under a minute of submitting his application form through the Wallet app. Users testing the card reported successfully making purchases and payments, collecting their Apple Cash rewards and seeing transaction categorization and so forth. Keep in mind that you can start using your Apple Card with Apple Pay without waiting for the physical titanium card to arrive.

The application process was simple for me. Portions of the information you need are pre-filled from your existing AppleID account, making for less manual entry. I had an answer in under a minute and was ready to make my first purchase instantly. I used it both online and in person with contactless terminals.

Apple Card automatically categorizes your spending in the Wallet app, similar to the banking services app Revolut or maybe your own bank’s mobile app, but does so in an Apple fashion.

The card on the screen has a clever mechanism that gives you a sort of live heat map of your spending categories. The color of the card will shift and blend according to the kinds of things you buy. Spend a lot at restaurants and the card will take on an orange hue. Shop for entertainment related items and the card shifts into a mix of orange and pink. It’s a clever take on the chart based spending category features many other credit cards have built into their websites. 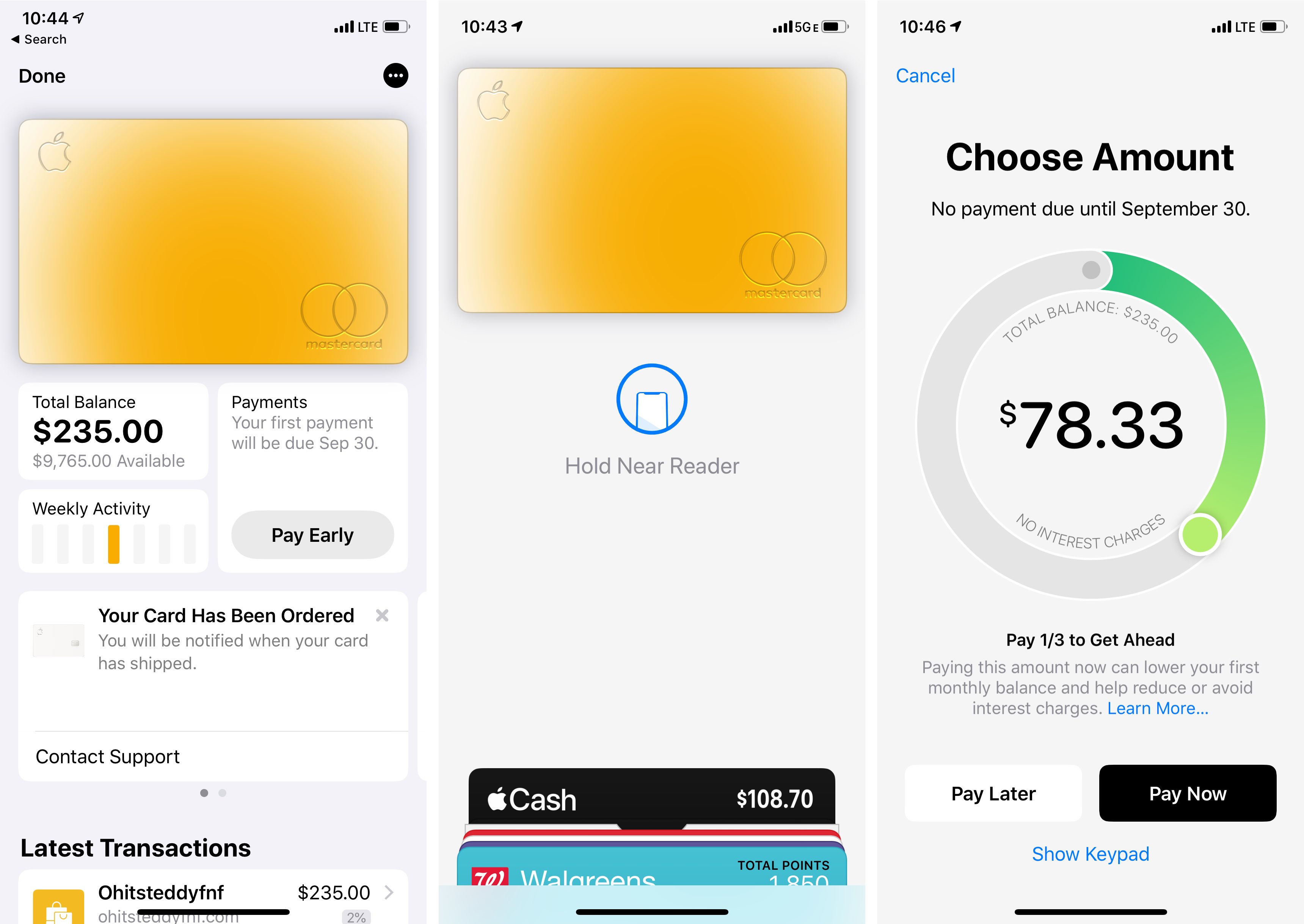 Yesterday, the company launched an Apple Card Preview program and emailed a small number of customers about it. According to Bloomberg, there will be a dedicated app for signing up and managing the card, and it will work on iPads too.

According to The Verge‘s Nilay Patel, the physical titanium card is “very nice”:

I got to hold the card itself and it is very nice, although it is fairly thick and felt a little bit heavier than the typical metal credit card. You can use the card without your phone nearby like any other card, but it doesn’t support contactless payments — Apple obviously wants you to use your phone or watch for that.

Once you’re all set up, you will actually have three credit card numbers associated with your Apple Card: the number assigned to your phone, the number assigned to the physical card and a virtual number you can access in the app for online merchants that don’t take Apple Pay. You can request a new virtual number at any time. The card itself doesn’t have an expiration date or security cod and it doesn’t have a number printed on it, but you can lock the card if you misplace it or deactivate it entirely from the Wallet app with a single tap.

That’s actually the most interesting thing about the Apple Card and the thing we’ll see shake out as people get them: Apple is providing a lot of the user experience of the card, but the card itself is still a credit card issued by Goldman Sachs and when you click the support button in Apple Wallet, you’ll be chatting with Goldman Sachs reps.

Apple says the two companies are working very closely together and that Goldman Sachs employees are being trained using Apple tools and technologies, including specific language around helping people understand credit issues. Basically, Apple says this is much more than just a very nice front-end to a Goldman Sachs card — it’s a product Apple has designed like any other.

Do you plan on applying for an Apple Card when it rolls out fully?