What an amazing week for new apps and games this has been. On “New App Thursday,” we were blown away with a list of great new games that popped up overnight. Thanks to Joe, we found out about some pretty cool games to check out.

If that splash of goodness wasn’t enough, check out our list of games we think you’ll find entertaining this weekend… 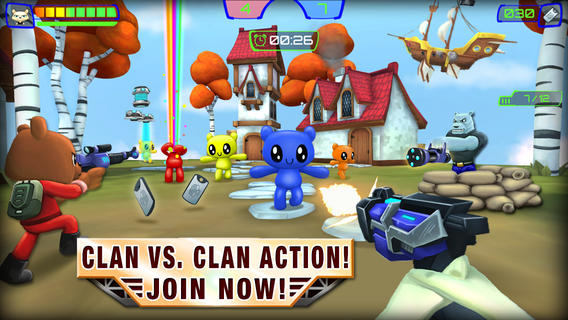 In the world of online player-versus-player shooter games, the gloves come off and no one is safe from the ridicule and aggressiveness of anonymous gamers who make it their goal in life to ruin everyone else’s chance of actually scoring points. What better way to level the playing field and make everyone a softy than to fill them with stuffing and give them buttons for eyes? This game puts you in the pit with arena style PvP shooter combat with customizable bears, upgradable weapons, and four-person team ups. You may get sniped in the back of the head 40 times in a row, but your enemy will be adorable. This game is available for free. 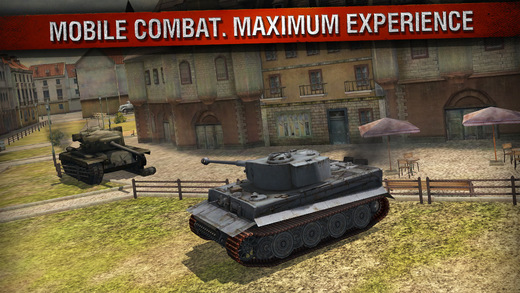 If your idea of street combat is a little less fluffy and a little more heavy artillery based, this game might be your cup of tea. Choose from 90 different upgradable tanks based on real world US, German, and Soviet vehicles and launch into randomly generated battlefields to blow enemies away with realistic physics for movement and combat mechanics. Explore towns, deserts, and industrial areas based on real locations. Group up with seven-on-seven PVP battles for the ultimate street fight. Connect online with in-game chat functions to command your pals to victory. This game is available for free. 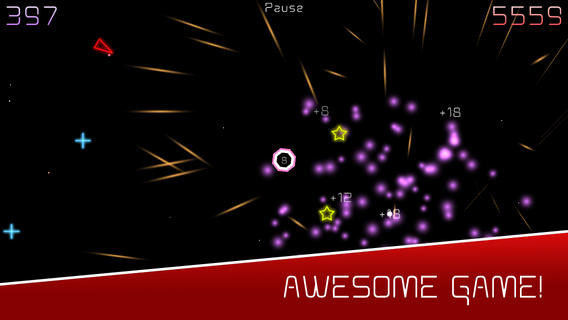 Moving on from PvP shooter starring teddy bears and war tanks, we settle on an arcade shooter that keeps you coming back for more. Zero in on enemy flotsam as it maneuvers into your field of vision. Destroy the bad guys before they destroy you and collect sweet power ups they drop when they die. It features simplistic shape-based graphics with bright, laser-like visuals and uses a traditional arcade shooter control system updated for the touch screen experience. Log in to Game Center to see how well you fair against fellow players and watch as you rise in the ranks to the top spot. This game is available for $0.99. 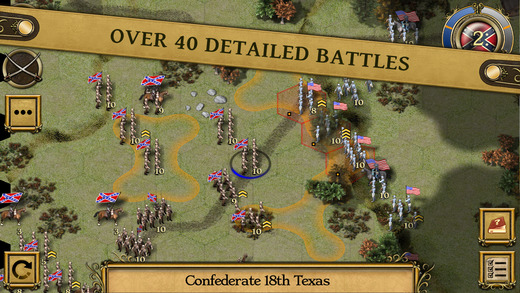 From the development team that brought you Civil War 1862 and 1863 comes the next year of battle between the North and the South. In this turn-based strategy game, players command troops as they battle for their lives on familiar ground. Play as either Union or Confederacy across 40 missions, including the tutorial levels, and make or change history. Units under your command include infantry with muskets, riflemen, artillery, generals, wagons, navel gunboats, and cavalry that can either be mounted or dismounted. Protect your land and push back enemy troops as you send orders to the front line to charge, line up a shot, or flank the enemy. This game is available for $4.99. 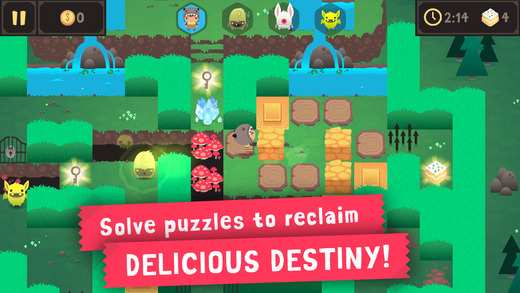 Oh, those pesky monsters are always getting into things. In this game, players control an adventurous little tyke named Niko as he sets off to find friendship, battle evil, and eat cake. Solve mini puzzles, like blocks moving, as you follow along paths. Meet friendly monsters that you can eventually control so they can help you out of a jam. Talk to creatures you meet on the road and they may offer you a surprise mini adventure for your efforts. Oh, and you may just find that cake that went missing, too. This game is available for $4.99. 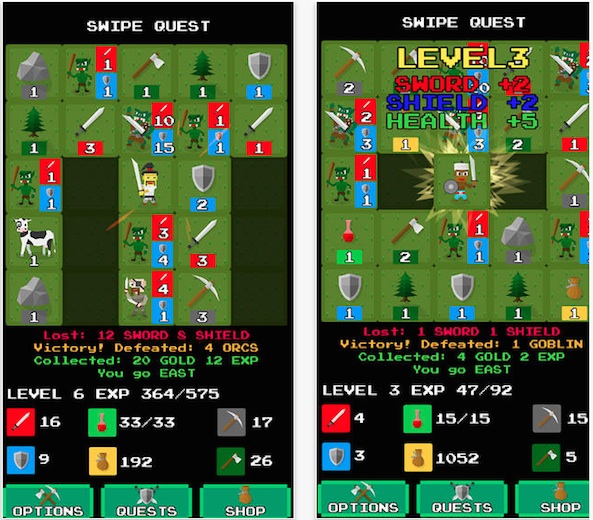 This puzzle grid swiping game takes the gameplay concept of Threes and throws an element of adventuring into the mix. Swipe up, down, left, or right to combine matching tiles. Some tiles, like trees and rocks, simply multiply. Other tiles, like heroes and monsters become stronger. Use your powerful hero to destroy trees, rocks, and of course, monsters. However, if the monsters are stronger than your hero, you’ll take damage. You’ll collect coins and items along your adventure that can be used to help get you through the grid. Swipe tiles to use an axe on a tree, a pickaxe on a stone, or a sword on a monster. This game is available for $0.99. 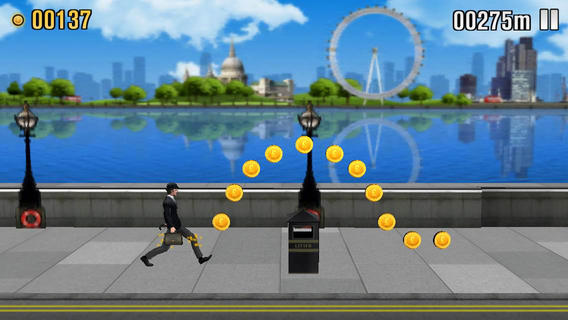 I love Monty Python. I’ve watched “The Holy Grail” more times than I can remember. I laugh till I cry at episodes of “The Flying Circus.” When I heard the band of merry misfits were planning a reunion show I was overjoyed. Now the super troupe is making games under the “Boondoggle” moniker. This game is based on one of the Python’s most famous, and hilarious, sketches. It is a side-scrolling endless runner game where players get to walk silly on the way to collection coins. Be sure to duck under bridges, jump over hydrants, and use your umbrella to glide over tall obstacles. Of course, the sillier your walk, the more fun you’ll have. This game is available for $0.99.