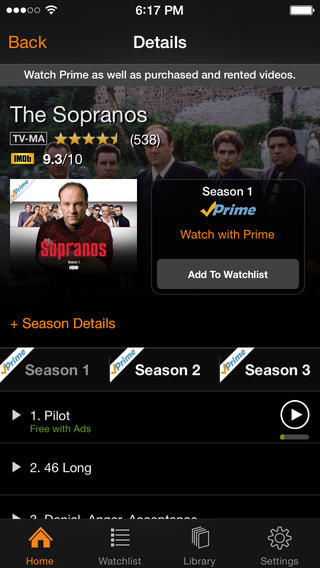 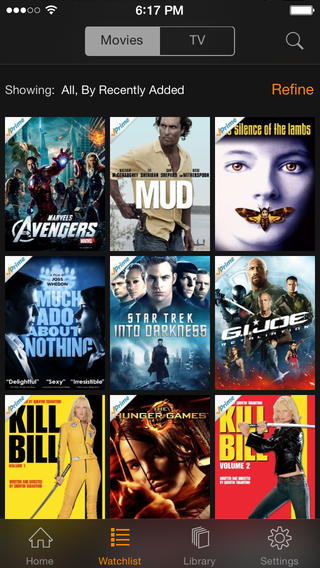 The online retail giant Amazon has issued a pretty substantial update to its free video-streaming iOS app, Instant Video. Now bumped to version 2.7, the app offers the ability to stream the first episodes of selected TV shows for free, as part of the Amazon First Episode Free feature, with advertising breaks before and during video playback.

Additionally, you’ll notice all-new playback controls, the addition of HBO shows such as The Sopranos, The Wire and Deadwood and more…

The new playback buttons allow you to easily jump forward/backward ten seconds, play the next episode of the TV show and a play or pause a video with a touch of a button.