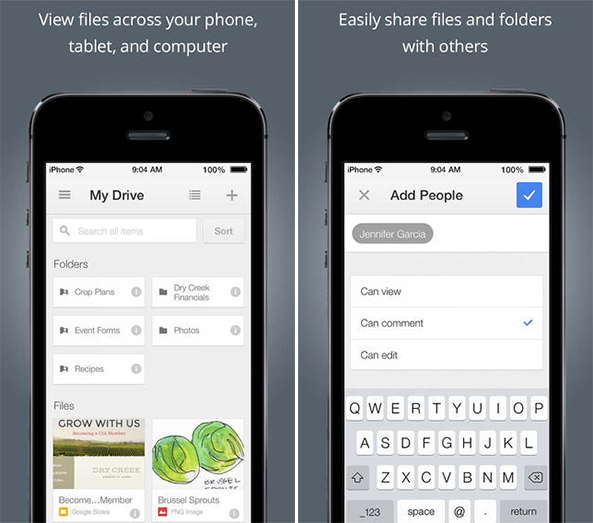 The official Google Drive app for iPhone and iPad has been updated to version 3.1 with several added features. An all-new incoming view displays files that have been shared with you as they arrive, alongside an activity stream for viewing changes to files and folders made by you and others from the details panel. We’ve recapped some of the other changes and have the official release notes after the break…

The new version of Google Drive has faster uploading of pictures and videos, and you can configure files or folders so that anyone with a link can view, comment, or edit them. A number of bug fixes and performance enhancements were made on the side to the app, which provides with you on-the-go access to your music, videos, documents and other files stored in Google Drive.

Here is the official changelog for version 3.1:

• Incoming view: see files that have been shared with you as they arrive
• Activity stream: view changes to files and folders made by you and others from the details panel
• Set files or folders so anyone with a link can view, comment, or edit
• Faster uploading of pictures and videos
• Bug fixes and performance improvements

This update comes just after Microsoft announced more attractive storage options for OneDrive, its own cloud storage service. Microsoft aligned itself with Google Drive by now offering 15 GB of free storage for all users, with an additional 100 GB available for $1.99 per month and 200 GB for $3.99 per month. Apple will also be offering more affordable iCloud storage plans in the near future.

Google Drive for iOS is free on the App Store.