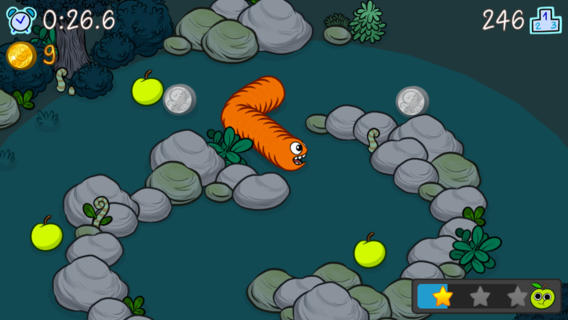 Do you remember the game Snake? Some might even argue that it was the earliest mobile game, at least on a phone and not as a separate device. Players would control a stack of pixels that would grow every time the snake would reach the tiny dot. If you touched the edge, you’d die. If you got too long and ran into yourself, you’d die.

Grub takes the basic concept of snake and reimagines it for today’s mobile needs. It is much more colorful and animated than the 1997 version. Plus there is more to the game than trying to catch one tiny dot…

Players are tasked with rescuing Grub’s friend, who was kidnapped by a hungry bird. To find his wormy friend, Grub must wind his way through 15 levels of gameplay filled with obstacles, enemies, and apples. Pick up spikes and magnets along the way to help you get the highest score. 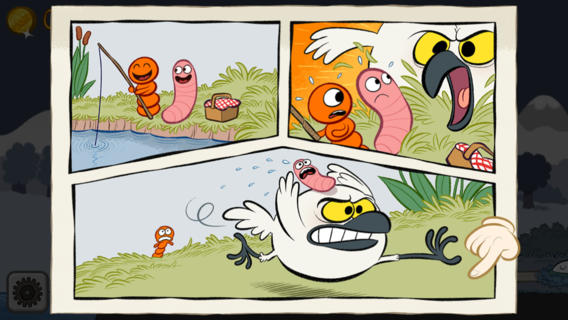 Move Grub by tilting your device. As you rotate around, he will squirm around on the forest floor. Grab apples to make Grub grow. But, watch out for hedgehogs and wolves. The longer Grub gets, the harder it is to avoid getting bumped by a bad guy.

In addition to apples, players can collect coins, which are used to buy extensions for bonus items. For example, you can increase the amount of time that Grub has spikes, or widen the area that the magnet picks up goodies. 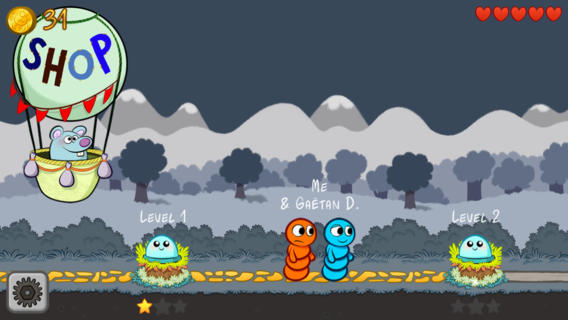 As the game progresses, players must complete certain tasks in order to proceed to the next level. For example, you may have to reach a specific score, or eat a certain amount of fruit.

I downloaded this game last night and was surprised by how much fun I had playing it. It doesn’t seem like much on the surface, but the gameplay is very engaging. I like that each level has a specific task to complete before you can move on. There are also two special survival mode levels that will give additional coins and put your name on the leader board in Game Center. Watch videos of all of your attempts in the replay zone.

The game is free to play, but does not push you to buy the additional items. Players start with five energy hearts. It costs one heart to play one level. When the hearts are exhausted, you must wait to play again. However, five hearts offer plenty of game time. If you want to spend money, you can purchase an additional heart, double your coins, or remove the ads, which appear as pop up windows between levels.

Grub is available on the iPhone, iPad, and iPod touch for free. Download it in the App Store today.