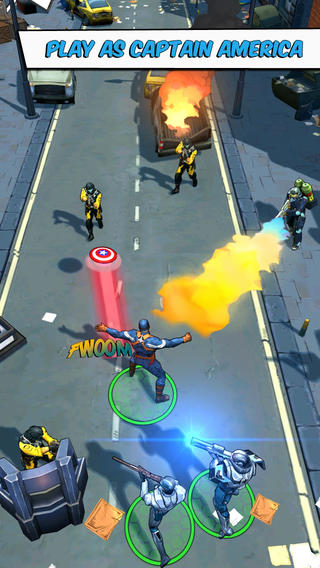 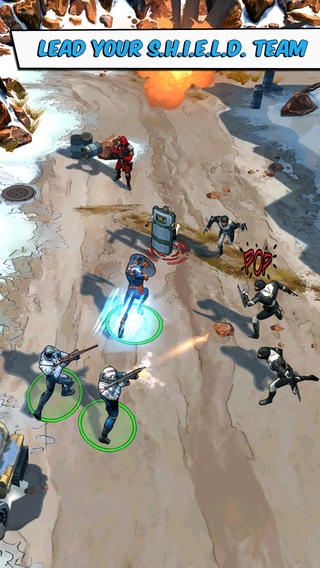 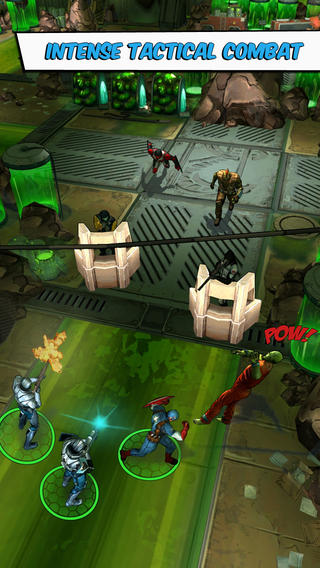 Every Thursday, Apple features another app or game as the App Store’s Free App of the Week. This time around, Apple’s editorial team has chosen Gameloft’s Captain America: The Winter Soldier game for the iPhone and iPad, regularly a $2.99 value.

Released three months ago, this movie tie-in has you playing as Captain America who must lead his S.H.I.E.L.D. Strike Team as they struggle to contain a massive attack on the World by several nefarious crime organizations.

The game boasts interestingly cartoonish artwork style and doesn’t disappoint in terms of pure action: there are plentiful combos to master though it’s not all about fighting either as you’ll need to use your tactical skills to combat threats and lead your Strike Team wisely…

Marvel co-wrote the store specifically for the game.

Captain America must use all his tactical skill as he commands his Strike Team to combat threats on every front.

Grow your agents into a potent fighting force and when the odds are against you call in Black Widow and Falcon to help turn the tide.

Expose the villains behind these brazen attacks, unravel their plans and discover how the Winter Solider fits into scheme.

I’m a fan of the game’s comic book-style graphics that reminds me of Borderlands. Other features include asynchronous multiplayer where you join a clan and battle rival players, league leaderboards, rewards in Limited-Time Events, new fighting techniques to master Captain’s attacks, unlockable suits and more.