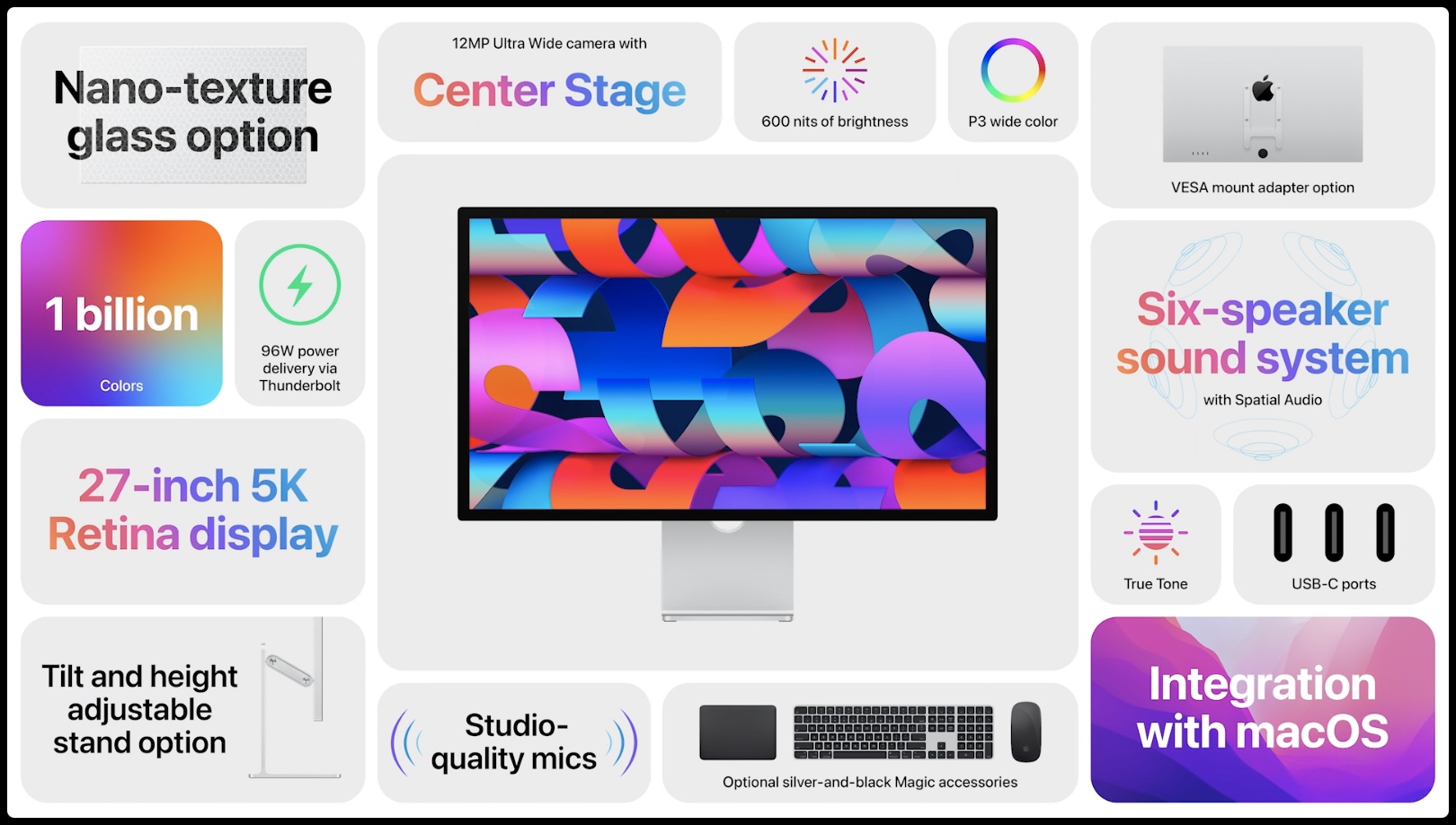 Here are the key features of the Apple Studio Display: 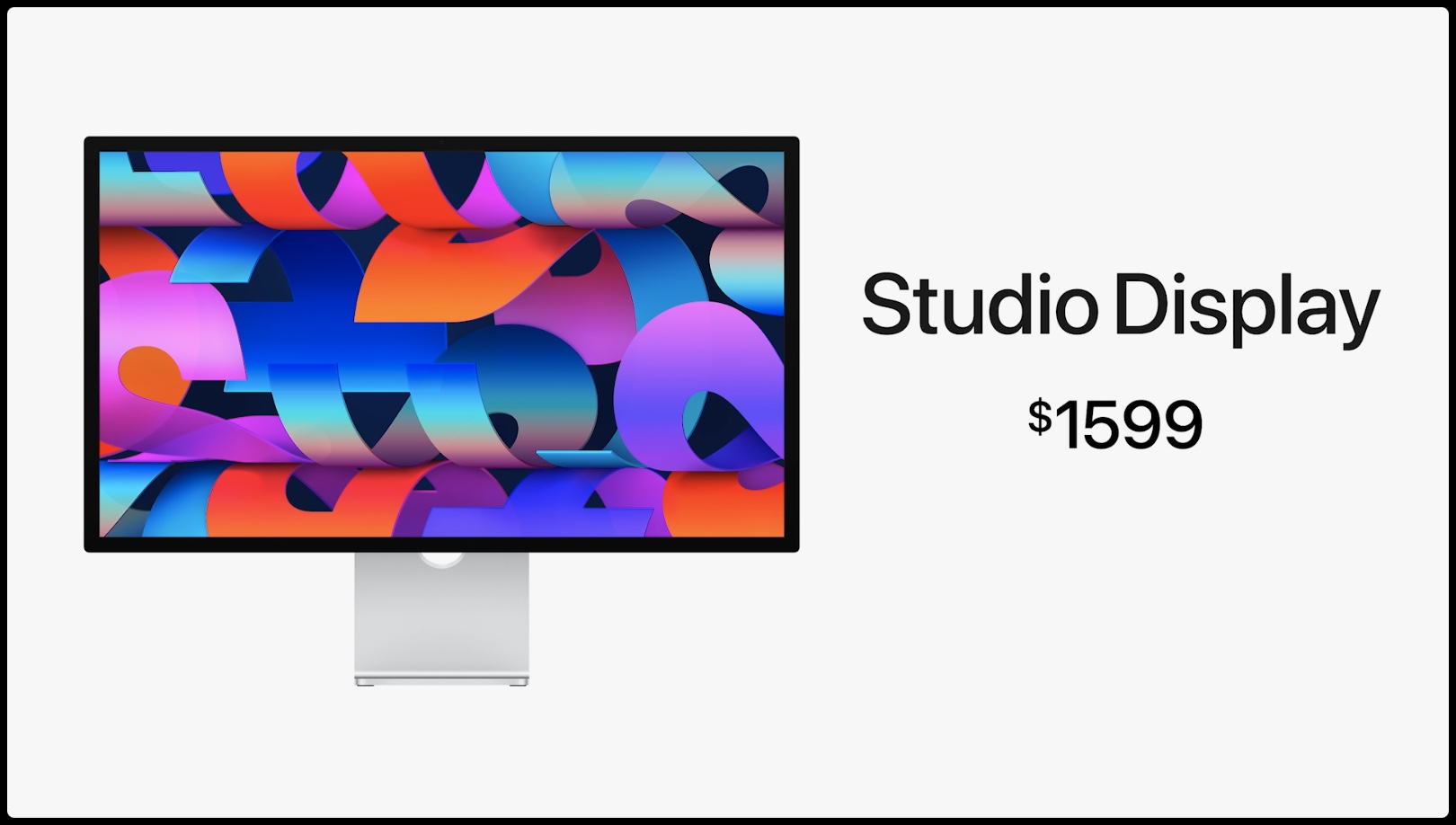 For further information including optional upgrades at the time of purchase, read Apple’s press release about the Studio Display or visit apple.com/studio-display/specs/. There’s no mention of the refresh rate on Apple’s tech specs page for the Studio Display, however. That said, it’s almost certainly 60 Hz because the much pricier Pro Display XDR also maxes out at 60 Hz.

In addition to the Studio Display, Apple has also rolled out new silver and black color options for its external keyboards and mice.Both the new Mac Studio and Studio Display are available to order now on apple.com/store and in the Apple Store app, with retail availability starting Friday, March 18.