Regardless of the fact that Apple just unveiled iOS and iPadOS 14 this past week, many iPhone and iPad users are jailbroken on iOS 12 or 13 and looking for the best and latest jailbreak tweaks.

In this roundup, we’ll show you all the latest jailbreak tweaks released from Monday, June 22nd to Sunday, June 28th. As usual, we’ll kick things off by discussing our favorite releases first and then wrap things up with an outline of the rest afterward.

Anyone with a notched iPhone should recognize that there’s a lot of wasted space at the bottom of the keyboard interface. One iOS developer recognized that problem and released a jailbreak tweak called Barmoji to solve it.

As you might have inferred, Barmoji fills that space with an Emoji selector, making it easier to enter Emojis into any text field.

You can learn more about Barmoji and how it works in our full review. 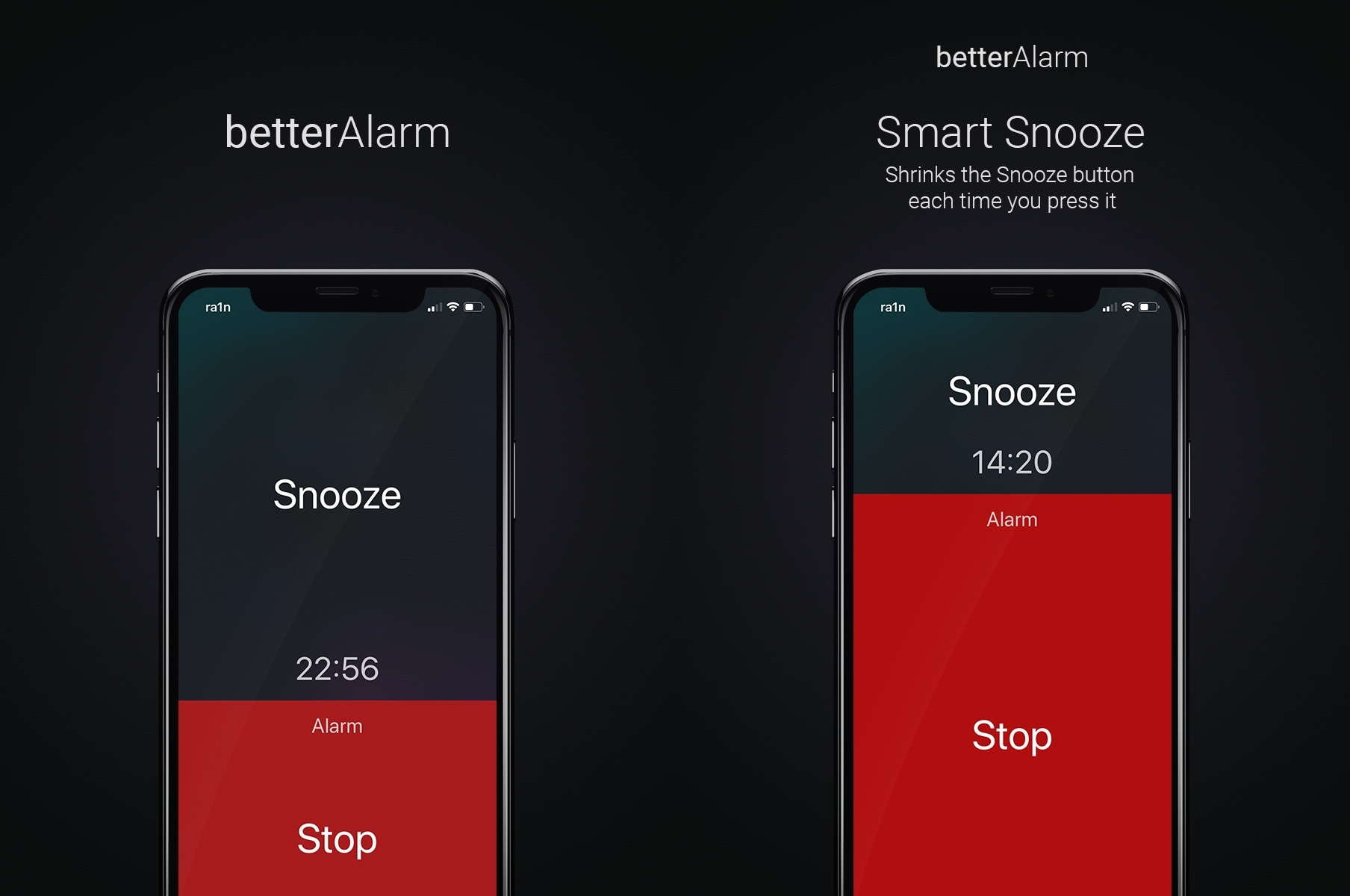 BetterAlarm is a new jailbreak tweak that redefines the iPhone’s alarm and timer interfaces by immersing the user in what can only be described as a full-screen experience.

One of our favorite features of BetterAlarm is that the snooze interface shrinks the more you use it, helping to motivate you to wake up instead of using it.

You can learn more about BetterAlarm and how it can make life easier for you in our full review. 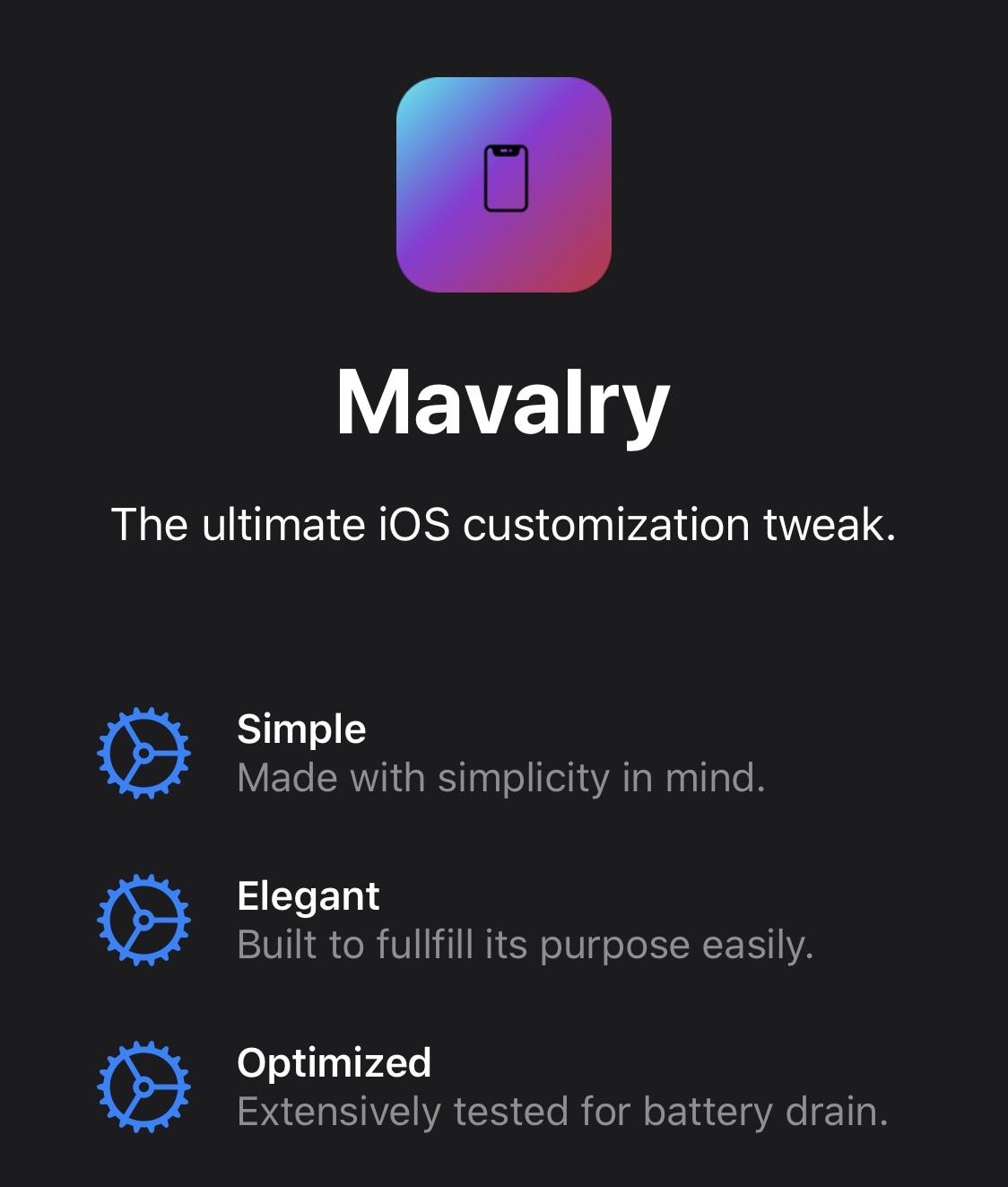 Everyone likes all-in-one jailbreak tweaks that accomplish the tasks of several jailbreak tweaks in one convenient package. Unfortunately, no one really likes the price tag that usually comes along with such a project, nor the upgrade pricing that sometimes follows with each major update.

Mavalry aims to solve that problem by being a free all-in-one jailbreak tweak that contains most of the most-requested features from those paid all-in-one tweaks.

You can learn more about Mavalry and what it brings to the table in our full review. 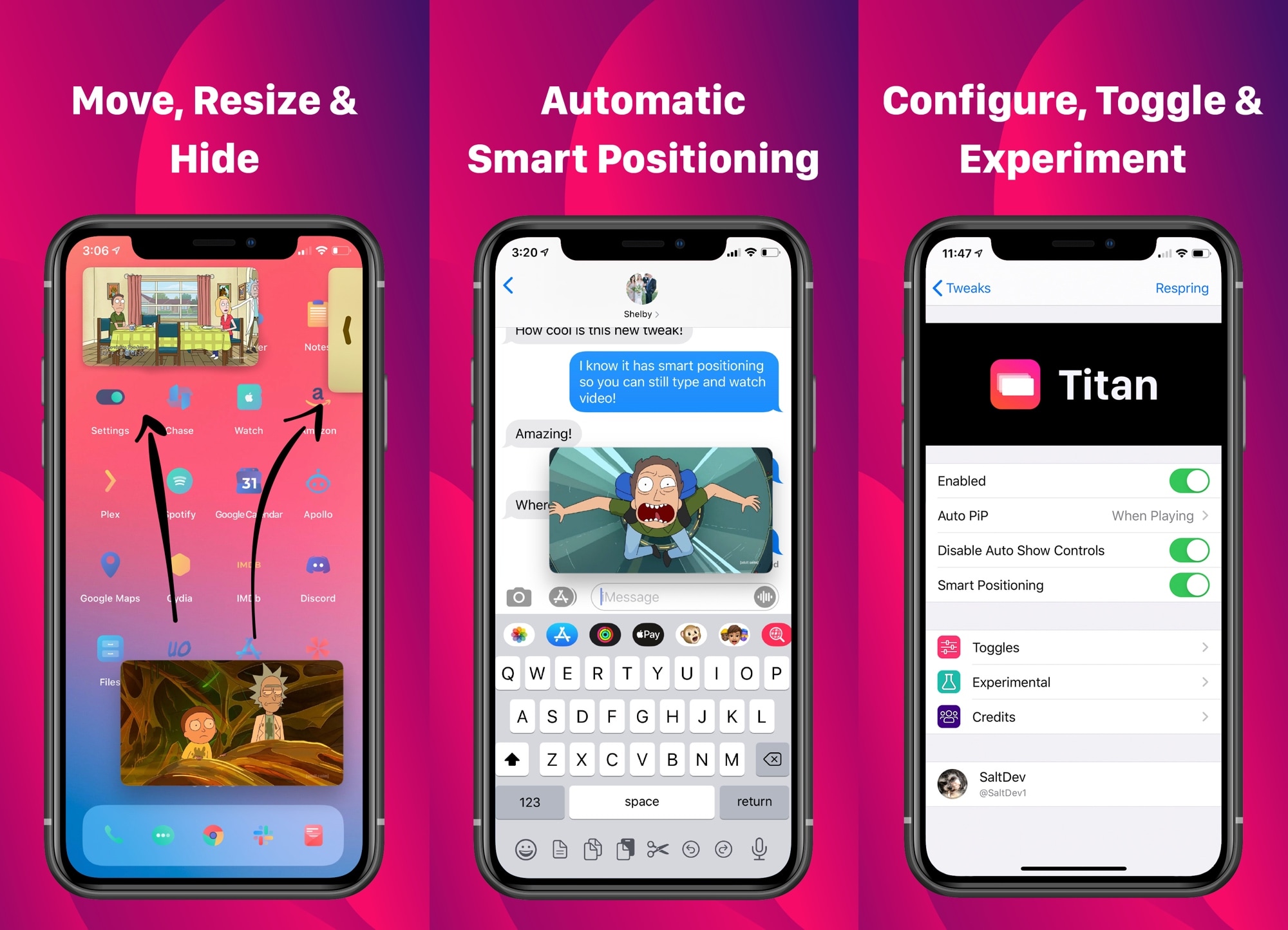 It won’t be until the launch of iOS 14 that Apple officially brings picture-in-picture mode to the iPhone and iPod touch, and thus it remains an iPad-only feature at this time. Fortunately, jailbreakers don’t need to wait.

Enter Titan, a jailbreak tweak that enables a native picture-in-picture mode experience on the iPhone for most of your video-playing apps.

You can learn more about Titan and what it can do for you in our full review.

XPad is a simple and useful jailbreak tweak specifically made for iPads that lets users customize their text editing buttons at the top of the interface.

Whether you want to colorize the existing buttons or incorporate new buttons with useful features, this tweak has you covered.

You can learn more about what XPad offers in our full review.

Buzz Buzz: The non-free version of the tweak that lets you customize system haptic feedback ($0.50 via Packix repository – review)

Dots color: Lets you colorize the dots color on your Home Screen and Lock Screen (free via BigBoss repository – review)

Finical: Options for dismissing the Now Playing widget from your Lock Screen ($0.99 via Packix repository – review)

Green Potion: A fun and quirky battery animation for the Lock Screen ($1.50 via Packix repository – review)

NerdMode: Displays the text “Nerd Mode” when you switch to the landscape scientific calculator mode (free via Pixelomer’s repository)

NoFinical: A free version of the Finical tweak described above (free via Galactic_Dev repository)

Purge95: Clears your battery stats when you charge up to 95% or higher batter instead of 100% (free via arx8x repository)

PMP: Prevents someone else from opening your Camera or Photos app to view your Photo Library (free via BigBoss repository)

StripeCount: Displays the number of installed packages in the Zebra package manager (free via BigBoss repository)

TOPphone Lite: Customize the keyboard size and various other elements inside the Phone app (free via Packix repository)

TotallyCharged: Brings the charging plug icon back to the Status Bar when your iPhone is fully charged (free via BigBoss repository)

Weather Plus: Adds dates to the individual forecasts in the Weather app (free via Haoict repository – review)

Checkra1n team: The checkra1n team has managed to get its jailbreak tool to work on iOS 14 on supported handsets, but it’s still far from ready for public release.

WWTC 2020: Jailbreakers got their own keynote address this past week, featuring jailbreak developers and their tweaks instead of iOS and iPadOS 14.

Although that concludes this week’s curated list encompassing all the latest jailbreak tweak releases, that certainly won’t be the end of it. If you’re jailbroken and you’re looking for more ways to trick out your device, then remember to stay tuned to iDownloadBlog throughout the work week for live jailbreak tweak coverage.

Do you have a particular favorite out of the tweaks released this week? Let us know about it in the comments section below.