Apple officially unveiled iOS and iPadOS 14 for the first time on Monday as a part of its WWDC 2020 Keynote, and just this morning, checkra1n team co-developer Dany Lisiansky teased a screenshot of the checkra1n jailbreak working on an iPhone running iOS 14. If the words “that was fast” uttered from your mouth upon seeing this, then you’re not alone.

Lisiansky admitted that there was still a lot more work that needed to be completed before checkra1n could be deemed iOS 14-compatible, but as you might come to expect, things are progressing rather quickly thanks to the unique talent encompassed within the checkra1n team. Just this evening, checkra1n team co-developer Sam Bingner teased a screenshot of the Cydia package manager operating on an iPhone X running iOS 14: 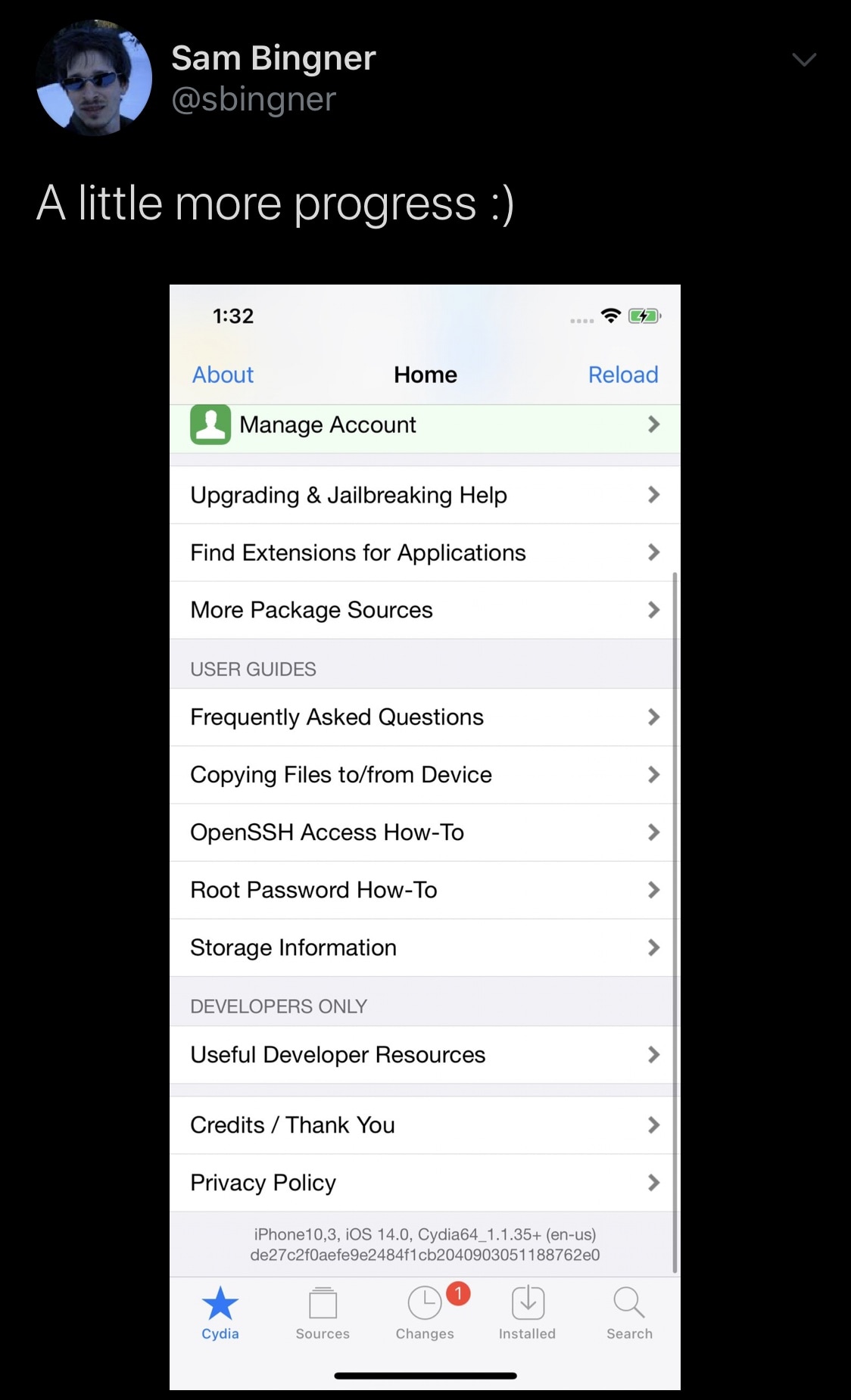 “A little more progress,” the hacker said in his Tweet; and that’s just what we like to hear.

Cydia is the platform that many jailbreakers depend on to install their favorite jailbreak apps and tweaks. It’s far from the only package manager these days, but it’s the one that comes pre-installed on checkra1n jailbreak out of the box. At this time, Cydia is the only package manager that has been demoed on iOS 14, but we’re rather certain that many of its competitors including Installer, Sileo, and Zebra will also work on iOS 14.

Albeit neat, there’s still quite a lot of work and testing that still needs to be completed before checkra1n will be ready to pick up support for iOS 14 in any public beta release. That said, we wouldn’t recommend holding your breath for any immediate releases, but it will come eventually.

It will be interesting to see whether checkra1n picks up support for the iOS 14 beta as developer and public testing continues or if the checkra1n team will hold out on support until the official release this Fall. Regardless of when it launches, it’s always nice to know that there’s a jailbreak out there that can’t be patched by Apple with a software update, even when such updates are as significant as iOS 14.

Are you excited by the progress on the first iOS 14 jailbreak? Share in the comments section below.