Electra Team lead developer CoolStar took to Discord late last night to share that the team was working diligently on a new jailbreak tool dubbed Odyssey for A9-A13 devices running iOS 13.0-13.5. If you remember those teasers about Chimera13 in the distant past, then this appears to be that very jailbreak, albeit with a different name.

Citing the brief, the Odyssey jailbreak will ship with proprietary software including libhooker and the Sileo package manager. Furthermore, it will ship with Procursus and it’s expected to be inter-compatible with checkra1n devices that have used the Odysseyra1n script to enjoy the Odyssey bootstrap on those devices. 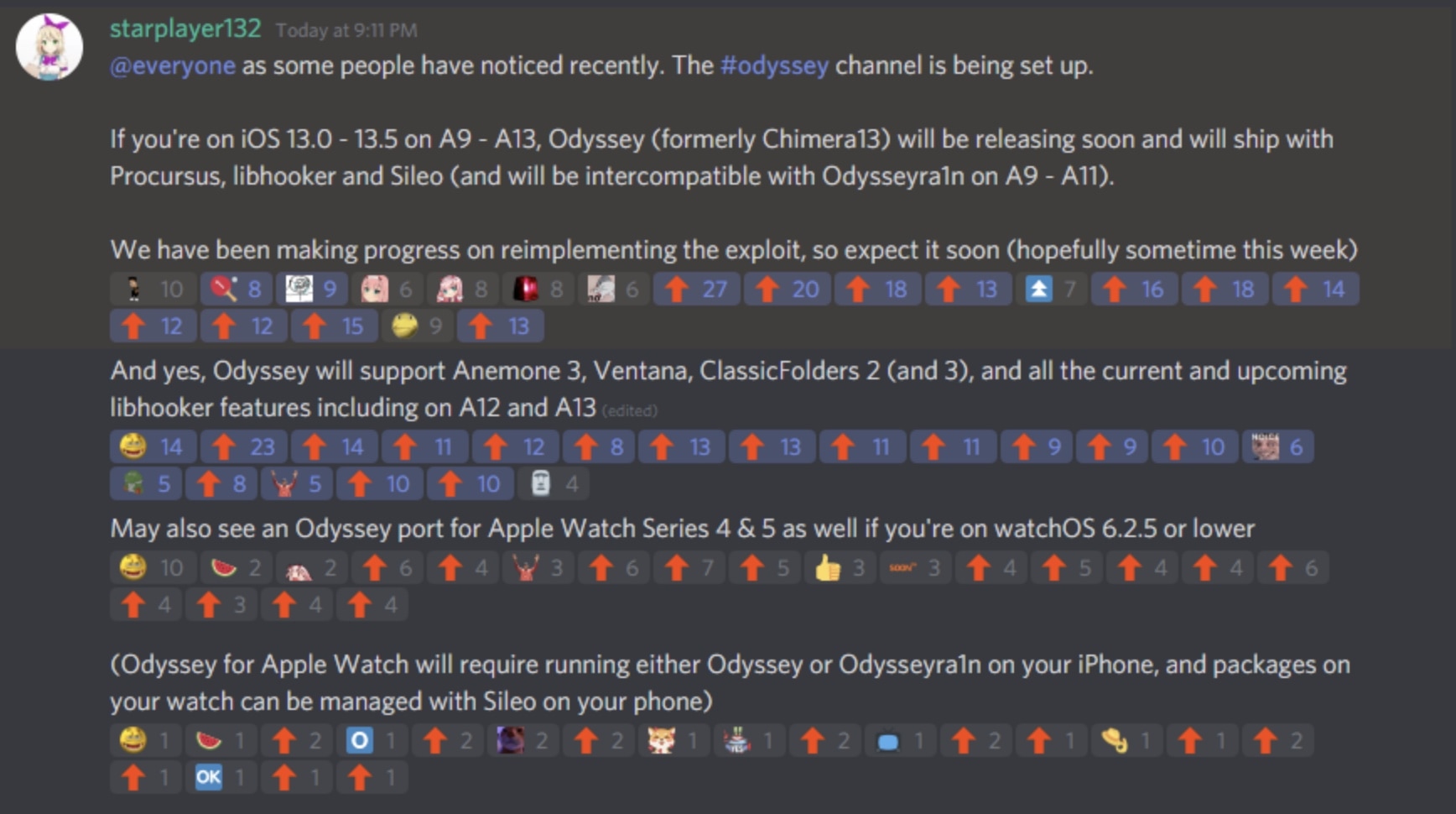 The details about how this would work aren’t totally clear, but we do know that jailbreaking your Apple Watch with Odyssey would first require the host iPhone to be jailbroken with either Odyssey or checkra1n with the Odysseyra1n script. Jailbreak tweaks would be available for the Apple Watch too and would be installed via Sileo on the host iPhone much like app management is performed via the Watch app on the host iPhone.

For what it’s worth, the competing unc0ver jailbreak has supported iOS 13 since February with a staggered rollout for additional firmware support since then. CoolStar initially wanted to cancel Chimera13, or in this case the Odyssey jailbreak, but appeared to have a change of heart following the heartbreaking loss of respected jailbreak community member @s0uthwes.

It remains to be seen exactly when the Odyssey jailbreak will be released, but according to CoolStar, it could be sometime this week if everything goes according to plan. The team is said to be making significant progress in the exploit department, and once that’s done, it should be good to go.

It will also be interesting to see if Odyssey will be open-sourced given that Chimera13 was supposed to be. Only time will tell, however.

Are you excited about the Odyssey jailbreak given the apparent perks that it will include, or will you continue to use other jailbreak tools instead? Let us know in the comments section below.