Just over two weeks ago, Electra Team lead developer CoolStar announced that the Chimera13 jailbreak wouldn’t be released to the general public. But due to some rather unfortunate circumstances that transpired this past week, that mindset appears to be changing.

From what we can gather, @s0uthwes a respected and talented developer of the jailbreak community and a maintainer of the popular TSSChecker and futurerestore utilities, has passed away. He was fighting incurable aggressive leukemia, and unfortunately, succumbed to the ailment.

CoolStar addressed the circumstances via Discord, noting that @s0uthwes had always wanted to see the Chimera13 jailbreak released as an open source project. Apparently, CoolStar now wants to make this happen in honor of @s0uthwes’ memory, and the jailbreak is being actively developed at the time of this writing: 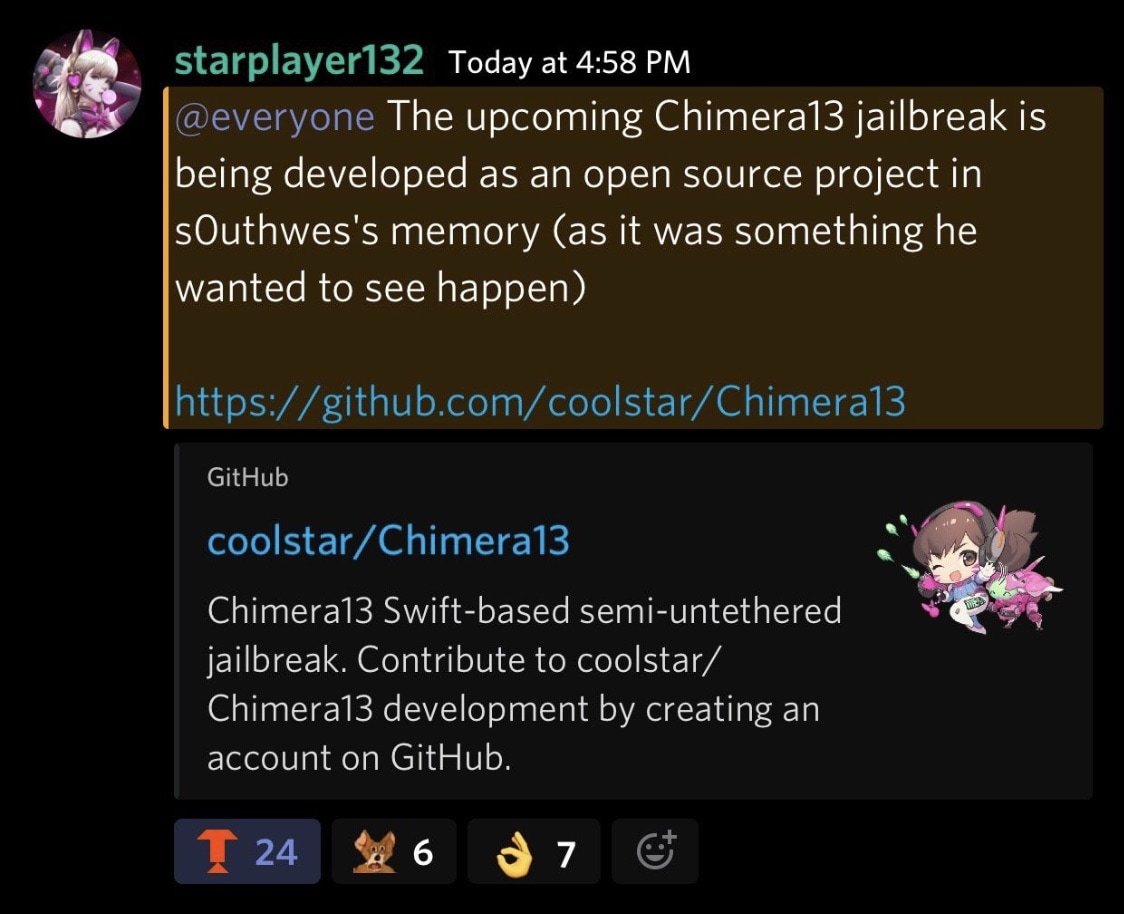 These intentions were affirmed soon after publicly on Twitter:

The Chimera13 GitHub page describes the project as a Swift-based semi-untethered jailbreak with tidbits of C and Objective-C where necessary. The page also notes that Chimera13, which will likely be renamed to something different at the time of release, will support A9-A11 devices running iOS 13.0-13.3 initially via Jake James’ time_waste exploit. A12-equipped devices and newer could be supported (at least partially) later on.

Presumably, Chimera13 will deploy Sileo as the default package manager and either Substitute or libhooker for tweak injection, although alternative package managers such as Zebra should still be installable by the end user if they prefer something other than Sileo.

Times like these are hard, but it’s awesome to see jailbreak community members supporting one another in this manner. After all, this is unquestionably what the late @s0uthwes would have wanted, and it’s great to see that CoolStar is personally and publicly seeing it through.

Given the nature of the release, will you use Chimera13 when it launches? Or will you continue to use different jailbreak tools such as checkra1n and unc0ver? Discuss in the comments section below.