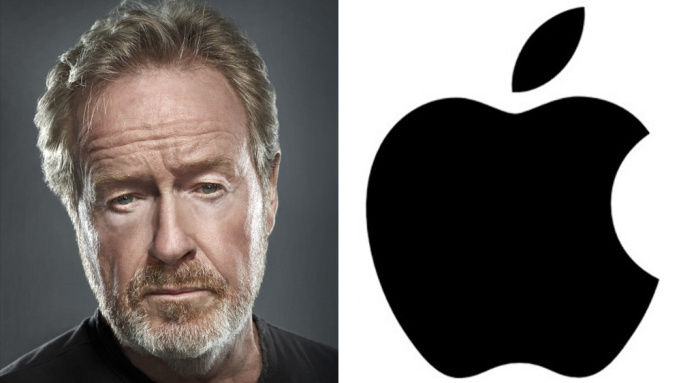 Apple continues to land huge deals for Apple TV+ productions, this one another production company with a legendary pedigree.

Deadline is reporting on Wednesday that Apple has signed a first-look deal with Ridley Scott’s Scott Free Productions. This is yet another major multi-year pact for Apple and its video streaming service Apple TV+. This particular deal will see the companies developing television projects for the streaming service. Ridley Scott (Alien, Blade Runner) will be serving as an executive producer on these new television shows, along with Scott Free Productions.

Ridley Scott is also the director of the legendary 1984 ad for Apple. I’ve gone ahead and included that just below.

As far as television series go, Scott Free Productions has been behind popular shows like The Good Wife, The Man in the High Castle, The Terror, and others. The company has also served as a production vehicle for films like The Martian, Gladiator, and Top Gun. The company has earned over 100 Emmy nominations over the years, and has secured 22 wins.

This is just one of many huge deals Apple has landed recently. Earlier this month, for instance, we reported that Apple had hired Alison Kirkham from the BBC to lead unscripted original series. Just yesterday we told you about Sofia Coppola’s new project for Apple TV+, an adaptation of the classic novel The Custom of the Country. Alena Smith, the creator of the Apple TV+ series Dickinson, signed an overall deal with Apple not too long ago as well. And Smith joins an exhaustive list at this point of new deals signed by Apple to secure original content for Apple TV+. Most recently we reported that Kerry Ehrin, the showrunner of the Apple TV+ series The Morning Show, signed a deal of her own recently. Before that, Annie Weisman, another showrunner for an upcoming Apple TV+ series (this one called Physical and starring Rose Byrne) signed a similar deal.

This is a major move for Apple, and it will be exciting to see what Scott Free Productions helps bring to Apple TV+ in the future.